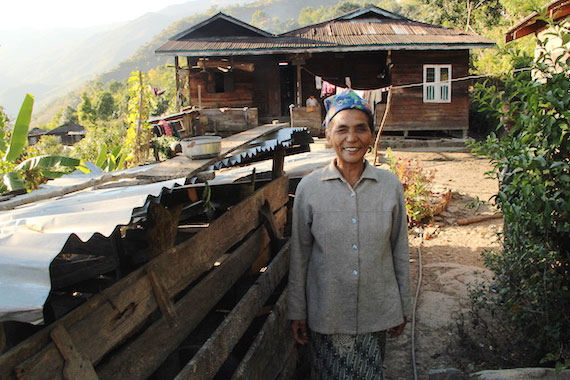 Widow Dim Khan Nem of Suang Phei Village. In the past two years, she’s lost her husband, a son, and her father-in-law. In the pen beside her are three growing pigs, courtesy of a HF Opportunity Loan that will bring her profit when she sells them. Dim also used her $330 loan to buy a cow.

Over the past two weeks I’ve been navigating jeep trails carved into the steep mountains of Myanmar’s (Burma’s) Chin State, visiting remote villages served by Heaven’s Family. In some cases, when those trails have become too narrow for our Land Cruiser, our team of three has transferred to motorcycles. The going has been slow. At the most, we’ve advanced 90 miles in 10 hours.

Each day, however, has had its reward. At the end of every trail, I’ve been greeted by grateful citizens of primitive villages with names like Suang Phei, Tluang Khaul and Dongva. Many of the humble folk who’ve welcomed us had never seen a white-skinned person before me. (Needless to say, I’ve been terrorizing a lot of babies.)

About the size of Maryland, Chin State is Myanmar’s least-developed region. Its half-million people are not Burmese, but Chin, a marginalized ethnic minority, who themselves consist of various sub-groups and languages. Villages separated by just a couple of miles sometimes speak completely different languages. There is even one village where men and women speak exclusive languages. (I’ll leave it up to you to figure out how that works.)

125 years ago, all the Chin people worshipped the spirits they believed inhabited certain trees, rocks and rivers. When American missionaries arrived in the late 1800s, however, they found great receptivity to the gospel, and many denominations rushed in to help in the harvest. Today, most Chin people profess to be Christian, and there are churches in many of the towns and villages. One village that we’re working in—that consists of 22 families—has 3 churches: Baptist, Church of Christ, and Seventh Day Adventist! As you would expect, with 125 years of Christian history, the spiritual smorgasbord in Chin State is broad, and not everyone who claims to be a Christian is following Jesus. So I’ve been proclaiming the gospel in every village we visit.

The greatest problem in rural Chin State is poverty, and most of the villages I’ve been visiting are struggling with food security. Heaven’s Family is helping to solve the problem through the only possible sustainable solution, which is agricultural development, facilitated through micro-credit and limited agri-education. I’m happy to report that our efforts are bearing fruit and helping hundreds among the “least of these” to lift themselves. In my future blogs, I’ll be sharing some of their stories. Below are a few photos from Suang Phei, the first village I visited, where most of our borrowers have invested in pigs.

Thanks for joining me on this journey, 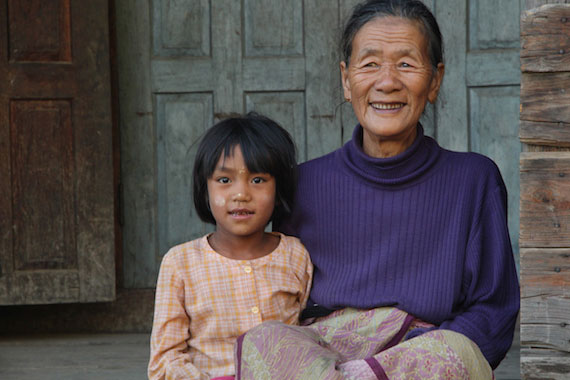 Khual Za Niang with one of her granddaughters. She and her husband, who was away when I visited, invested their $330 Opportunity Loan in 2 pigs and one cow. They’ve already repaid 2/3rds of their loan through selling piglets. 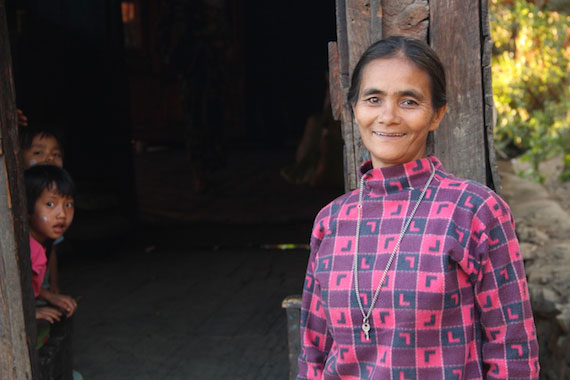 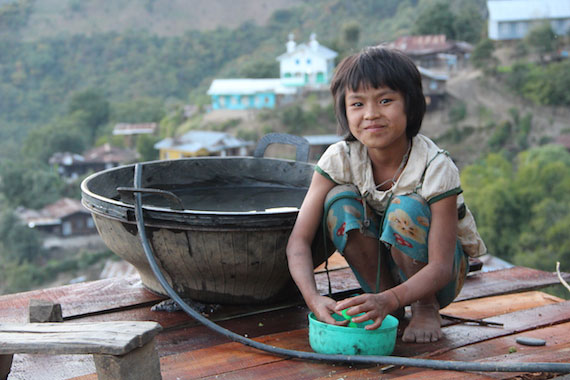 I found this little girl brushing her teeth just outside her home. Most of the homes in Suang Phei are blessed to have running water that is accessible via outdoor hoses like the one in this photo. 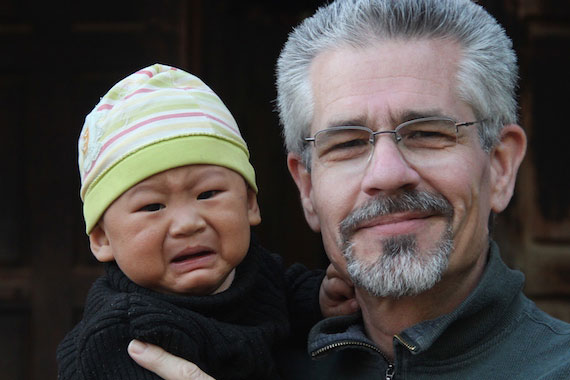 One of those terrorized babies I was telling you about 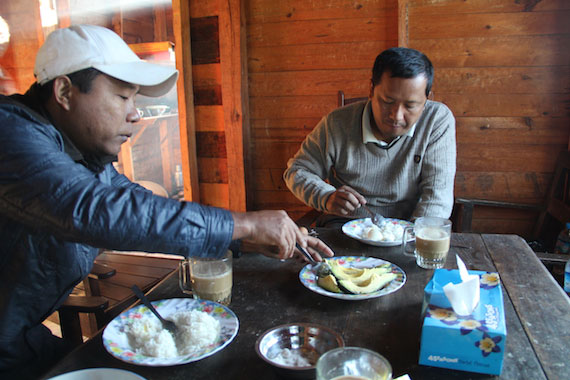 My two old friends and traveling companions, Joney and Mawia, who are also serving as my interpreters. Both are HF micro-bankers. Every meal we’ve been served includes lots of rice. 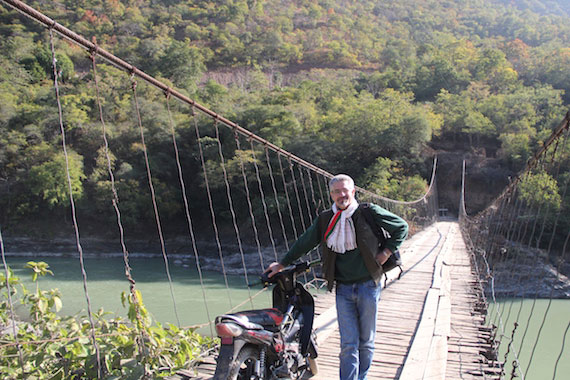 The last 23 miles of our journey to Suang Phei had to be made on motorcycles. I rededicated my life to the Lord one more time as I crossed this rickety old suspension bridge!