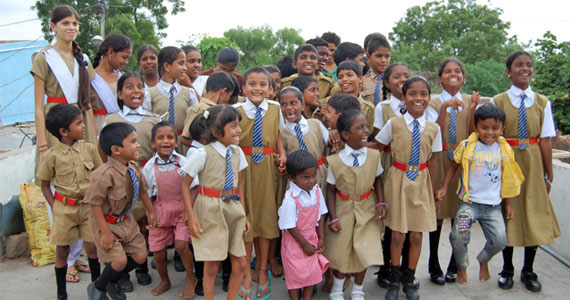 Some of the younger students having fun at the Dicku Memorial School for children of leprosy-affected parents in Hyderabad, India

I’d like to give you a praise report on the life-changing leprosy ministry in India that you helped make possible!

A sad injustice happens all over India for the healthy children of adults who suffer from leprosy: they are not allowed to attend public school. When Heaven’s Family learned of this tragic situation through our trusted friend Joab Lohara, we decided to provide the means for one such community (one that Joab had been ministering to already) in the city of Hyderabad to start their own school. The school opened in February 2011 and has been growing since, thanks to those of you who sponsor a child so that he or she can attend! (Click here to learn more about sponsoring.)

I was thrilled to be able to visit the school after it opened, and I met with healthy, enthusiastic children who were already reciting Scriptures and singing joyful songs to the Lord. Here’s an excerpt from Joab’s recent progress report:

The children at the school are doing extremely well. All of them passed their annual test and were promoted to next grade. Most importantly they are growing in the Lord.

Another injustice is that the older, healthy children of those affected by leprosy—denied an education or skill training in their youth—are forced to survive in Indian society by begging, as are their afflicted parents. In order to provide these young women with vocational training, we funded a sewing school. Recently we saw the first class graduate their year-long seamstress training and, thanks to generous donors, we have provided them with sewing machines with which to start their own businesses. With their own businesses, they will be able to support themselves and their families, many of whom can no longer work due to the deformities that years of leprosy have caused. We’re working on ways to provide training for the young men, too, so stay tuned! 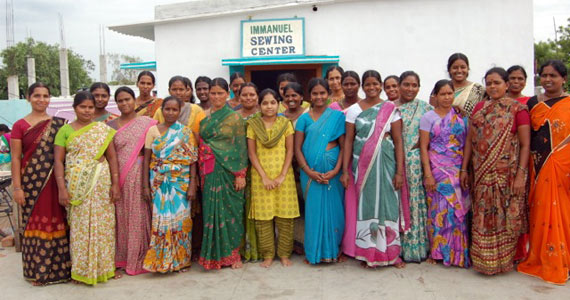 The young women of the Immanuel Sewing Center

We also saw a great need for a medical clinic for leprosy-afflicted patients right in their own community. There they could receive treatment for the frequent wounds that result from this pain-numbing disease, many of which cause life-threatening infections. Space for a small clinic was soon procured and Prasanna, the daughter of leprosy-afflicted parents, offered her compassionate nursing skills to care for their wounds, a service most are loathe to provide to these suffering souls. 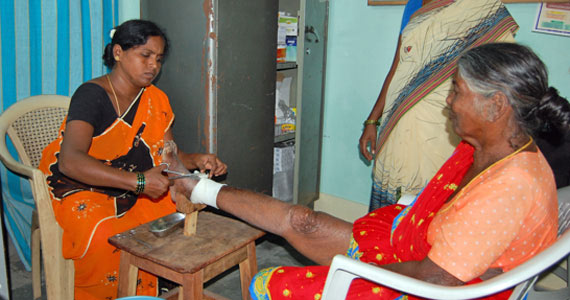 Prasanna taking care of the wound of leprosy patient

A small store has also been opened to supply the daily needs of this ostracized community, and to provide a micro-economy that will lift the whole community.

These improvements in the lives of our brothers and sisters in the leprosy community have shown them the love of Jesus in action, as you have helped answer their desperate prayers through gifts to the Leprosy Ministry Fund. Thank you so much for your generous giving.

David Servant takes you to a forbidden village…
Gospel Goggles