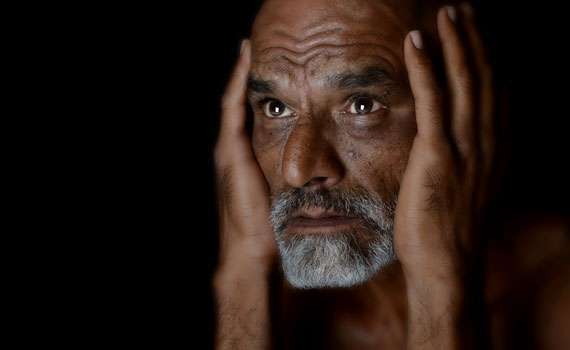 Just as Jesus foretold, following Him often results in the splitting of families—and the persecution of those who stand with Him

Shuddin discovered firsthand the repercussions for leaving Islam for Jesus, then becoming a pastor and leading others Muslims out of darkness and into the light of Christ. That’s when the persecution started—beginning from his Muslim parents and brother. Shuddin, along with his wife and children, were cast out of their village in India, forced to leave everything they’d known behind.

When Heaven’s Family learned of his plight, Shuddin and his family were struggling to survive with only the few merger possessions they could carry. I’m happy to report that has changed, however, through your support of the Persecuted Christians Ministry. We provided Shuddin with shelter, living resources, and even a safe place for his children to continue their education. By joining God’s rescue plan for them, you became a hero to this precious family, for which they are incredibly grateful.

But God wasn’t finished. In December, Shuddin learned that his nephew had become severely ill. Though he knew he might be adding fuel to the fire Shuddin, in faith, decided to contact the boy’s father—the brother who had been persecuting him—to tell him that he would fervently pray for his son to be healed in the name of Jesus. Incredibly, the boy grew stronger and made a full recovery.

Broken and humbled, Shuddin’s brother reached out to him in repentance, asking him to return to their village and join the community once again. The estranged family was reunited, and they even allowed Shuddin to lead the village in a Christmas celebration in remembrance of the Savior who has the power to heal.

Friends, thank you for providing for our persecuted brothers and sisters in their times of greatest need. Thank you as well for your prayers. They are powerful and effective, overcoming even the most broken of situations.