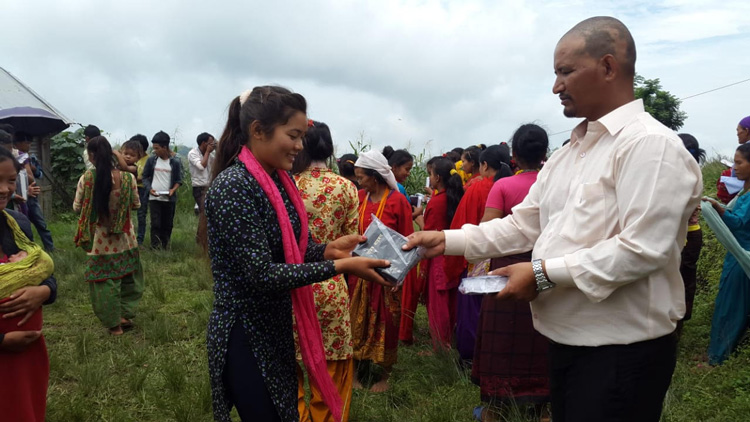 Our partner, at right, handing a young Tibetan woman her very own copy of the Bible translated in her language

Tibetan pastors are serving God with authority to perform miracles

Raising the dead? Sometimes it can come as a surprise to us Western Christians when we hear of our brothers and sisters abroad who, quite literally and in every sense of the word, take God for Who He says He is and trust in His Word with fearless abandon. But when you come face-to-face with certain challenges and obstacles—or even death— there’s really only one option: call on the Name of Jesus and believe.

A Himalayan partner of the Strategic Bibles Ministry recently conducted a weeklong training session in a remote Tibetan village. He encouraged his leaders to step out in faith on the promises of God’s Word, and to boldly accept the authority that is found in Christ Jesus and living to obey His Word.

Weeks after the training, a young lady (we’ll call her Jinpa to protect her identity) who had very recently converted to the Christian faith left for a fun shopping trip with her friends, but the nearest market was an 8-hour trek away! While on the trail, Jinpa suddenly became dizzy and nauseous, and passed out. As her friends rushed over they immediately noticed that her breathing had stopped and, after many failed attempts, Jinpa’s friends were unable to revive her.

One of the young ladies quickly called the pastor of the nearest local church. He and a pastoral team ran for three straight hours to get to this young woman as fast as they could. When they arrived, they found Jinpa lying on the ground cold as ice, and with no pulse. The pastor and his team interceded for Jinpa, crying out so fervently in the Holy Spirt that their prayers echoed off of the surrounding mountains. The noise attracted villagers nearby and a crowd began to form around them.

After about an hour into the praying, Jinpa’s hands and feet began to regain their fleshly color, and her fingers and toes started to twitch. Shortly after, Jinpa awoke, sat up and stood, completely restored! The onlookers were dumbfounded by the miracle that had just happened in front of their eyes. The pastor took advantage of the opportunity and immediately began preaching to everyone present about Jesus Christ and His resurrection power.

Then right there, on a remote footpath amidst the Himalayan mountains, 77 Tibetans chose to follow after Jesus Christ and take Him for His word!

Upon returning home, Jinpa shared her resurrection testimony with her family and friends. This time 24 more people put their faith in Jesus Christ as their Lord and Savior.

The pastor exclaimed, “Never in my whole life, have I raised a dead person! I like it. I am going to raise more dead people.” 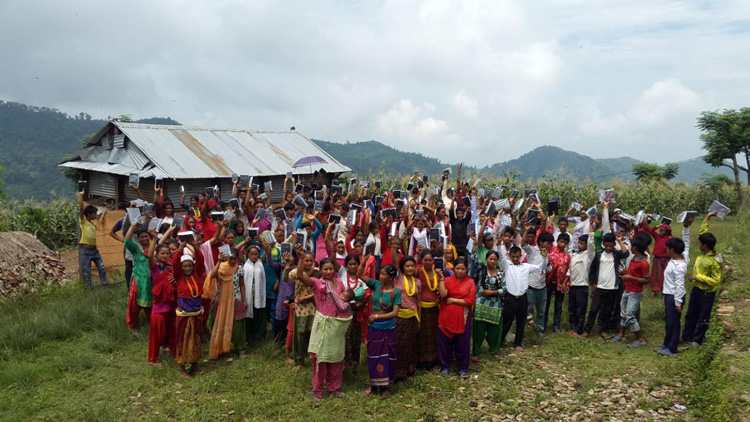 God’s Word certainly was accepted in this Tibetan village

He then thanked our partner for teaching him to apply the authority of Jesus Christ as demonstrated in the Bible, now, in his prayer life. For those of you who continue to pray for and donate to the Strategic Bibles Ministry, thank you for being such a powerful testimony to people all around the world! God’s Word is the same yesterday, today and forever! He is alive!

The Reluctant Martyr
Jesus Healed Me