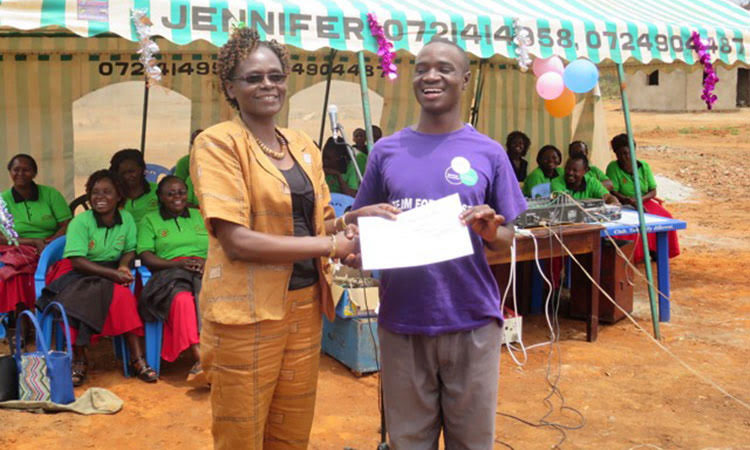 Abedi being presented his certificate by Madame Khaemba, Director of Social Rehabilitation/Kenya Prisons

Graduating from high school, or even receiving certification for a vocational training course, is a significant achievement for most young people. But for Abedi—whose future had once seemed so dark, so unpromising—many had said such an accomplishment was impossible. That’s because Abedi had been rescued from a life of abandonment, drug use, mental/emotional problems and, finally, incarceration in the prison system of Kenya.

Something good finally happened to Abedi, however—he was transferred to Philemon House, where 40 other young people had been placed to help them transition from prison into productive lives.

But there was one person who steadfastly believed that this boy’s tangled life could be redeemed: Patricia, wife of our ministry partner, Kelvin. Even though Kelvin is the founder of this ministry, and has a heart sold out for adolescent boys and girls who have committed crimes—just as he did at their age (and similarly had run-ins with the penal system)—he himself did not believe Abedi could be rehabilitated, not even by his very loving and dedicated wife who is the mother-in-the-faith of this ministry.

Patricia’s persistent pleas to get Abedi placed in Philemon House paid off. But when he first arrived, he was so “possessed” by the torments of his former life that no one wanted to be around him. Patricia and the rest of the staff prayed fervently for him, and slowly but surely the demons of his street life were pried loose, and a sweet, gentle spirit came to live and reign in him. And, after less than a year in their care, the power of love and a steady diet of the gospel and godly instruction have brought this “castaway” back from the brink of the pit, and set him firmly on the rock of redemption.

When we spent three days with him and the other students of Philemon House last August, Abedi was full of gaiety and tender affection for his new friends (who now accepted him totally), as well as a sober dedication to prayer and the teachings of Christ. 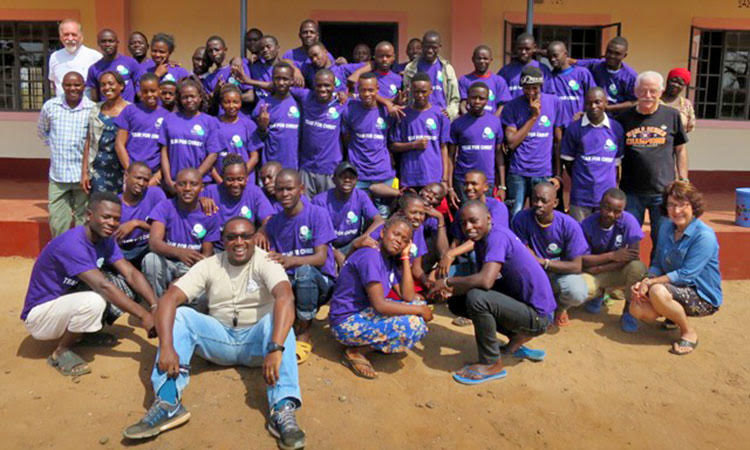 Many of you have made this miracle possible through your gifts to the Prison & Rehab Ministry. 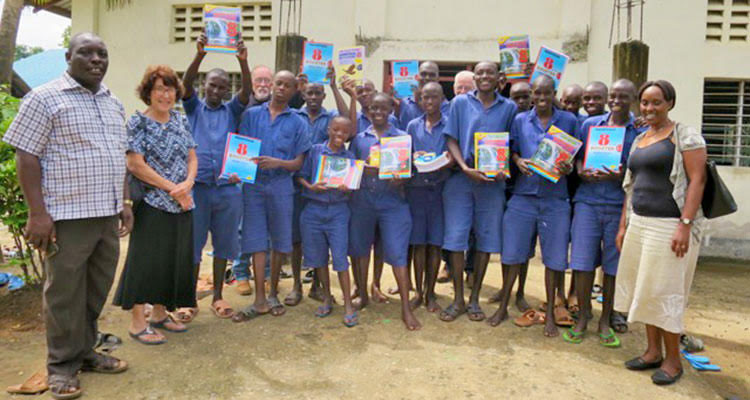 At left, Philemon students during ceremonies; at right, Bob teaching boys in a juvenile unit in the city of Mombasa

At left, Kelvin and Patricia, outside one of the prisons in Mombasa; at right, young prisoners listening as the Word is being shared

At left, Mercy, another resident at Philemon House, receiving her sewing class certification that will enable her to support her small child; at right, Patricia, Kelvin, me and Carole outside Mombasa prison

At left, me and Carole at a well, and, at right, the Vocational Building—all built by you through your contributions to Heaven’s Family’s Prison & Rehab Ministry…thank you!

As of December 2021, Heaven’s Family’s Prison & Rehab Ministry has merged with our National Missionary Ministry.