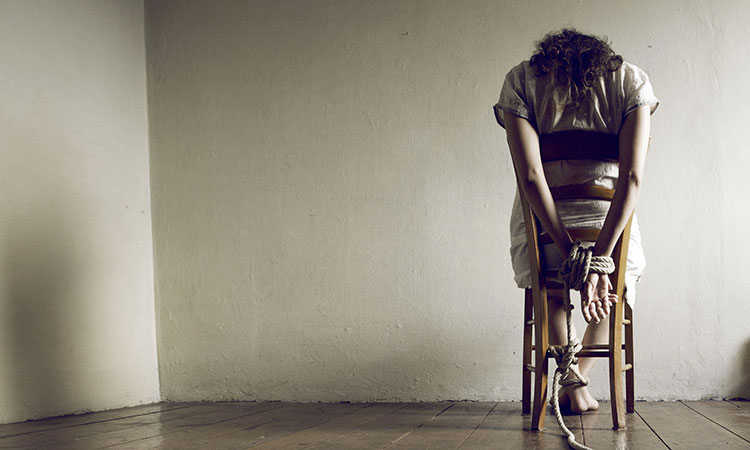 Far off the busy South Korean streets, our small Heaven’s Family team quietly sits opposite Hana, a North Korean escapee who met with us to tell her story. Hana absent-mindedly fidgets with the scarf around her neck as she sits awkwardly, visibly uncomfortable. The scarf is much too warm for this late-spring rendezvous, but very effective for covering her secret—a secret we are about to learn.

Growing up inside North Korea, food was scarce for Hana’s family. When her husband died from sickness due to malnutrition, she began questioning what might exist outside of the closed North Korean borders. Eventually mustering the courage to bribe a hungry border guard, Hana slipped quietly into China to look for a better life.

Just one week later she was captured by Chinese police. Bound in chains, Hana was forced back inside North Korea—and labeled a traitor. As she waited for her punishment, authorities discovered that Hana’s grandmother had been listed by the government as a Christian. Although Hana emphatically professed the truth that she had no knowledge of the religion, guards began mercilessly torturing her, demanding that she confess her belief in the forbidden faith.

With deep anguish in her eyes, Hana recounts being strapped to a chair and then raised up off the floor by a chain pulley, only to be dropped violently, bruising her bones and muscles with the intense trauma. Wire was strung around her neck and then violently yanked tight, choking the air from her windpipe.

Hana momentarily pauses her re-telling to again fidget with the scarf around her neck—it’s then that we realize its purpose: to hide the area where the wire had cut into her delicate skin. The scars will forever remind her of those hellish days.

The battered woman’s anger should have been directed toward her grandmother for the undeserved pain, we thought, but Hana’s memory of the old woman’s gentle singing quickly became her only comfort in prison. Throughout her torture, Hana would hum those same melodies, using them to retain her sanity. Later, she would realize that those melodies were old Korean gospel hymns, carrying words that would one day bring her true freedom.

Hana was eventually set free. Completely disillusioned with the lies her country had told her, she could think of nothing else but escape.

The details of her harrowing journey to leave North Korea behind once and for all make up a powerful story in and of themselves. After almost a year on the run, Hana finally made it to South Korea. Once there she met friends of Heaven’s Family who oversee a church community that embraces North Korean refugees. Although hostile to the gospel at first, Hana found her heart softening with each act of love the church offered her. It wasn’t long before she embraced the faith of her grandmother and asked Jesus to be her Savior.

When visiting with North Koreans who have escaped our team often asks what they hope to do in the future now that they’re free. Hana’s answer surprised us. She said she hopes to one day lead a team of missionaries back into North Korea to help build a church community for those remaining in the darkness!

Light in the darkness. Hope for the very persecutors who left her with scars. It’s the kind of story only Jesus could write. Through the North Korean Christians Ministry, we get to play a part in that amazing story. Thank you for your incredible support.

Bringing a Ju to Jesus
Where do you flee when it seems the whole world hates you?