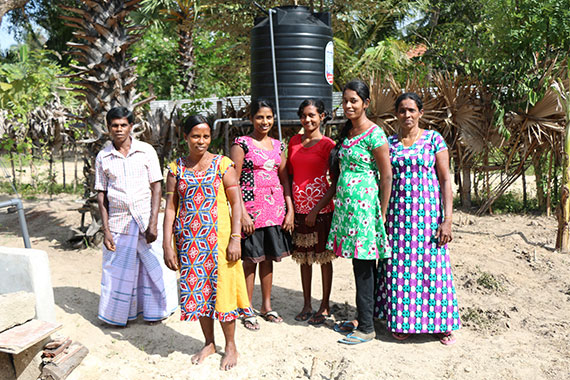 Sarojini (in green) with her family, posing in front of the well provided by Heaven’s Family

This month marks the 7th anniversary of the end of Sri Lanka’s bloody civil war. Drastic numbers of Sri Lankan soldiers perished—as did many of the boys and girls who were forced to fight. Sarojini was one such child soldier. Her peaceful, happy life was ripped from her in 2007 at the age of 17. She simply never returned home from school one day.

The Tamil Tigers, a violent group who were fighting against the Sri Lankan government, had forcibly abducted Sarojini and taken her to their military training camp. After suffering two long years of violence, pain and fear, the group surrendered an injured Sarojini over to the Sri Lankan army, who then released her into the care of Foursquare Church—a Heaven’s Family partner operating in the village of Kaiveli.

It was in their care that Sarojini received rehabilitation—for her left leg that had been taken by shrapnel, and for her childhood that had been stolen. Accepting Jesus Christ as her Lord and Savior, Sarojini was healed from the scars of war and is now blessed with a second chance at a happy life. 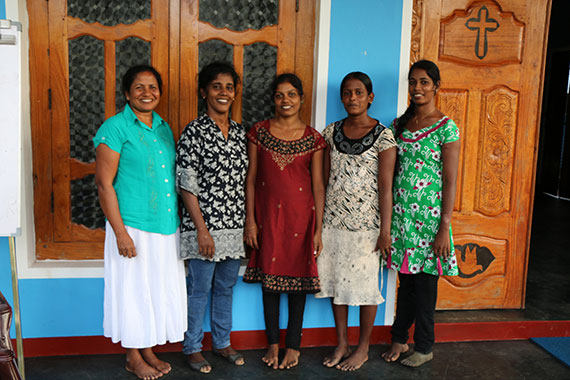 Sarojini (far right) with her fellow sisters in the Lord, all previous victims of war

Access to safe drinking water is very often a major need in so many places that Heaven’s Family works. Because of your gifts to the Safe Water Ministry we are able to make a huge difference in the lives of so many of our spiritual brothers and sisters around the world. In addition to wells, Heaven’s Family helps install rainwater collection systems and distribute simple, effective water filters.

And as always, we partner with local believers who are actively working to draw needy, thirsty people to Jesus, the source of living water! Thank you so much! 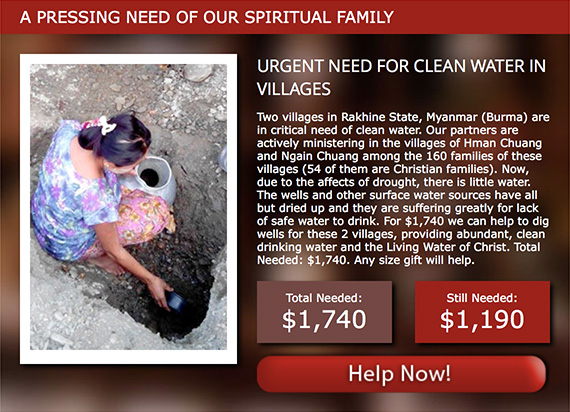