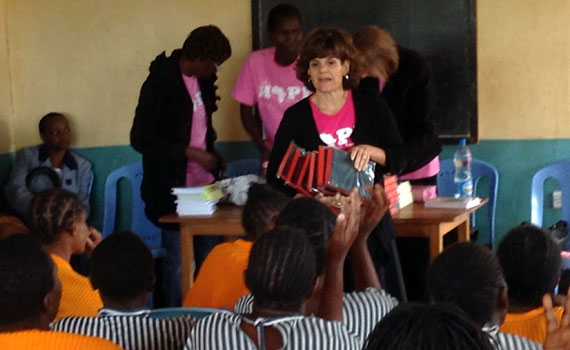 I was not sure what I would find as we entered…. Would the women be at a place they would understand the messages that were on my heart to share? Would I find a group of embittered women or would their hearts be broken and ready to receive the life-giving words?

Those were the words that Cindi Murphy-Mendoza, a Heaven’s Family partner in Kenya, wrote to me after her visit to the women’s section of Embu Prison in Kerugoya. Her questions were answered quickly, as were her prayers for open hearts. She continued:

On the second day, the ministry at the prison was absolutely amazing. The hurts were so deep. They really hurt for their children [many of whom live in the prison with them]. During this time there was at least one salvation and many deliverances. (One woman told me that Satan had told her to kill me during that session. Amazingly, two friends in the States [she discovered later] were burdened to pray together for me at that very time. I led her through deliverance, which she gladly received.)

At the end of the second day we gave each of the women Bibles in their own language. The joy on their faces was beyond description…they considered these gifts as precious treasures.

The Bibles that Cindi distributed that day were made possible by you who have given to the Bibles for Believers Fund. Thanks to you, the Word of God has invaded Embu Prison, and is already changing hearts in a place of so many broken lives. 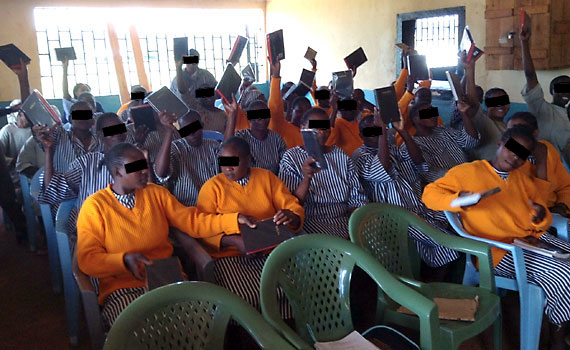 Your generous support enables many Heaven’s Family national missionaries and partners to shine the light of God’s Word into the darkest, truth-starved areas of the world.