Baby Vivian in February of this year, before starting medication for keloids

A little girl’s story of the healing power of Christ

The sounds of joyful laughing filled the air as little children played, innocent and carefree. Unbeknownst to anyone present, danger lurked right around the corner. Three-year-old Vivian didn’t see it—she was playing with her friends. And the neighbor hadn’t seen Vivian running towards it.

Suddenly the air was thick with the sounds of shrieking agony as the tub sitting in the grass filled with boiling water for bath time spilled over onto Vivian’s thin skin. Her mother, Carolyne—a long-time partner of Heaven’s Family and a teacher at Jocada Academy—watched in horror as her baby girl fell to the ground in excruciating pain.

Rushed to the nearest emergency room, Vivian suffered third-degree burns from the base of her neck to the top of her feet. For three days and nights, doctors treated the small girl’s deep injuries that had left her beautiful dark skin a fleshly pink. The burns continued to worsen, and Vivian was transferred to the ICU at Nairobi West Hospital, where she received blood transfusions and was under constant monitoring. The burn on her stomach was very deep, and doctors recommended grafting. Carolyne was not sure Vivian would make it through the painful and sleepless nights, and so she cried out to God for help—trusting that the Great Physician would care for her baby girl.

The Critical Medical Needs Ministry heard about Vivian’s medical condition and immediately stepped in. With help from amazing donors like you, Vivian’s hospital bills were paid for in full—as well as an extended hospital stay, allowing her to remain in professional care until doctors cleared her for release.

Over the last year, we’ve kept a close eye on baby Vivian’s recovery. Her burns were so deep that the scars that were left began to keloid over the following months, becoming hardened, raised, and itchy. They became so itchy and uncomfortable that Vivian would wake in the night to scratch at them, reopening the wounds and causing more pain. This kept her and her mother awake for months. 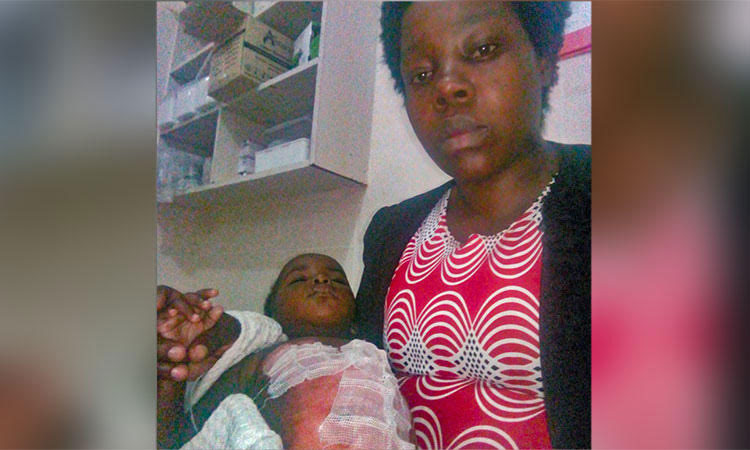 Vivian in January 2018, days after being severely burned by hot water

But in February Vivian was started on a medication prescribed by her doctor, and we are thrilled to announce that her body is responding so well that the keloids are flattening and the itching has reduced! Sleep and joy have returned to this precious family! The change has been so dramatic in her daughter that Carolyne said, “Truly baby Vivian is a testimony. She loves praising and worshipping God in loud songs! She is jovial because she enjoys her sleep.”

Thank you for your love and support of the Critical Medical Needs Ministry. May each of our scars be touched by His love today!

Just Like Other Boys
A normal neck changes everything