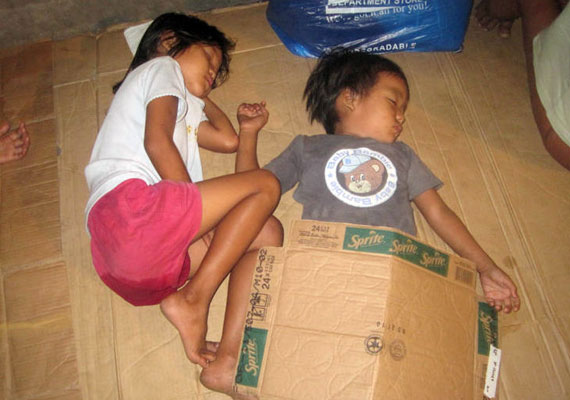 Giving homeless women and children something they’ve never had

It is estimated that over 3 million people are homeless in the Philippines. Most are children. Using discarded cardboard for their mattresses and blankets—homeless mothers try their best to keep their children clean, healthy and warm, but the odds are stacked against them.

Homeless children are ignored, like pieces of trash that lay in a gutter; sometimes they are ridiculed or abused, like the little girl wearing pink (pictured below), who was actually urinated on by a wandering drunk. And because they can’t afford food, they scrounge empty lots in the city for an edible weed called kancon, or they eat old rice or other discarded food that is swarming with flies (I’ll spare you from that photo). This type of misery is unfathomable! 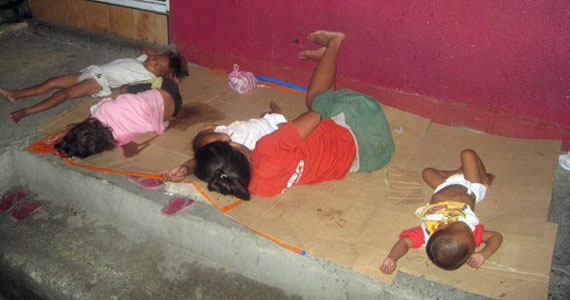 Many of these Filipino women and children are victims of poverty due to absent fathers who spend what little money their families have on their addictions—denying their own children with even a shack to call home.

Heaven’s Family’s Food Ministry partners with a ministry in Manilla called Hope House Cebu, which provides hundreds of meals to children in slums, and also feeds their souls, letting them know there is a God named Jesus who truly loves and cares for them. When David, the director of Hope House, saw so many children sleeping on the sidewalks, hungry and neglected and abused, he knew he had to do something. Thankfully you and I get to be a part of the solution.

Your Compassion Club contribution this month is demonstrating the love of Christ to homeless Filipino families by providing them with nourishing meals, a small rented room where they can shower and rest, as well as job and life skills training plus Christian teaching. The goal, of course, is self-sufficiency rather than dependency.

Thank you so much for your compassion.

Drinking with the Animals
They’ve Got the Power