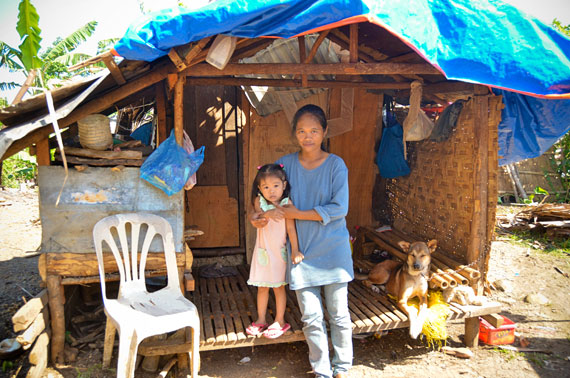 Unlike other recent years, 2014 brought no headline-dominating natural disasters in which thousands of people perished. But that is no consolation to a woman in China who lost her child in last year’s earthquake, or to a father in Pakistan whose wife disappeared when flood waters washed away their home, or to orphans in India as they huddled together in the dark while a cyclone ripped off the roof of their orphanage.

Heaven’s Family was there to help those disaster victims, and others.

2014 began with us busily helping our brothers and sisters in the Philippines as they recovered from Typhoon Haiyan, a super storm of unprecedented size and strength. Over $18,000 was invested to provide relief and rebuild communities.

Perhaps what was most exciting last year was our opportunity to rebuild a fleet of fishing boats that were destroyed during Typhoon Haiyan, boats that were the livelihood of an entire seaside village. We initially helped through grants, but as the need for emergency relief efforts diminished, we sought ways to rebuild the local economy with the use of micro-loans, recyclable funds that will continue helping that community for years to come.

Our ultimate goal is to not just help our poor spiritual family members recover from disasters. Rather, by restoring businesses and helping to build new ones, we strive to help them emerge from disasters stronger and better prepared for whatever the future may bring. Most importantly, we strive to share Jesus’ love in word and action, thereby encouraging the traumatized and touching hearts that have opened due to suffering.

Heaven’s Family couldn’t have been there, investing a total of $29,000 in 2014, without the generous partnership of friends like you. On behalf of those we helped, thank you so much.