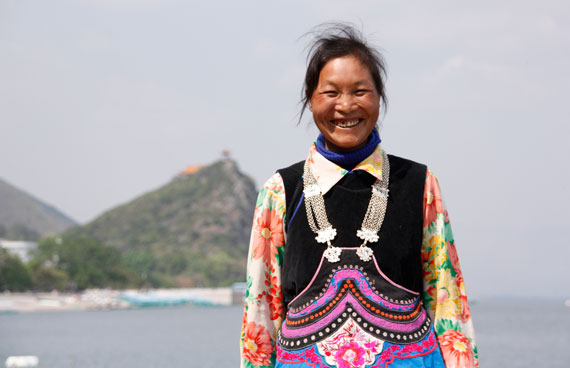 Sister Pang, just 1 of 50 A-Che people to give their hearts to Jesus in 2014, thanks in part to our partners who contributed to the Unreached People Groups Fund

Challenging, yet encouraging. Those words describe our work with unreached people groups in 2014. We’ve witnessed wonderful breakthroughs among the A-Che people of China, but it hasn’t been easy.

The A-Che have been steeped in idolatry for thousands of years—with no biblical foundation whatsoever in their culture. Finding bridges to communicate the gospel requires God’s wisdom. We found that, as animists, the A-Che already believed in spiritual forces, which provided a bridge of understanding to those who heard current-day testimonies of Jesus’ healing power and authority over unclean spirits. Those testimonies and the preaching of the gospel opened hearts.

Last year, the number of A-Che followers of Jesus grew to 55. Of those, 46 attended at least one discipleship program funded by the Unreached People Groups Fund; 38 were baptized!

Those conversions attracted persecution, both from the government and from opposing members of the A-Che tribe. The brand new A-Che believers had their faith severely tested. There were threats by local government officials, confiscation of Bibles, and forced recantations of faith.

I’m happy to report, however, that in the face of persecution, Paul Fang, ordained in 2014 as the first pastor from the A-Che, refused to give up. At great risk to himself—even possible imprisonment—he continues leading others to Christ and visiting the persecuted believers to encourage and pray for them. Our Unreached People Groups Fund partners with Pastor Paul Fang and his co-workers.