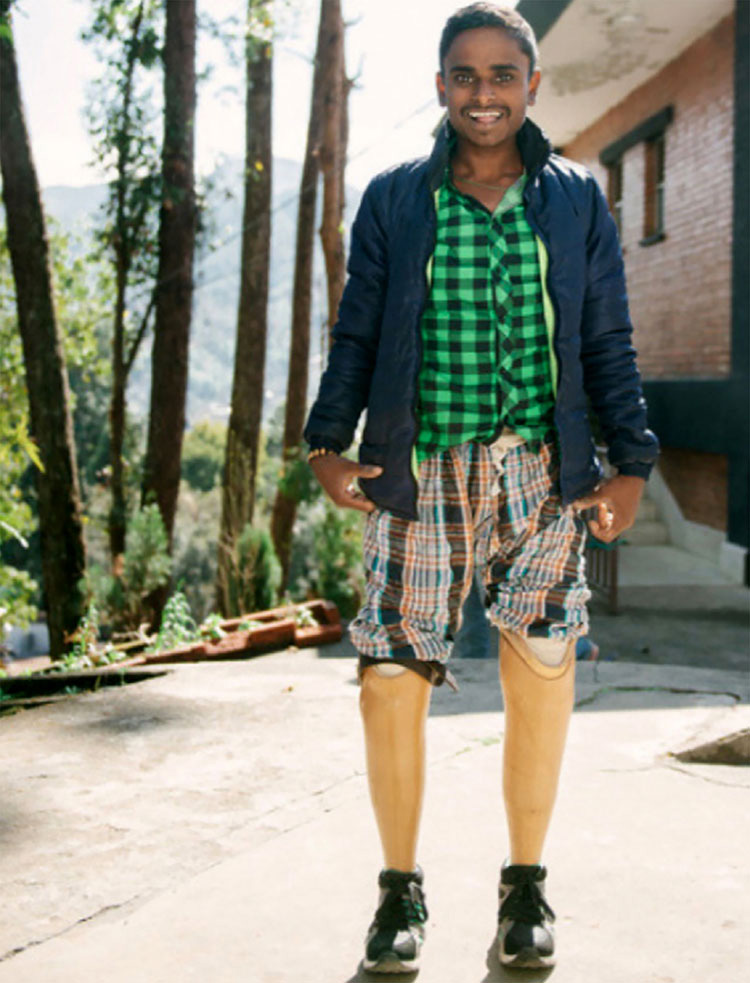 Santosh after receiving his second prothesis.

How you’ve helped a young leprosy victim overcome in India

The light has returned to Santosh’s eyes, and his prospects for a fulfilling life have been restored! Santosh married his sweetheart on April 23. He waited a long time for this opportunity.

At just twenty years old, Santosh tragically lost both of his legs to leprosy. Talk about a terrible way to start adulthood!

Through Heaven’s Family’s Leprosy Ministry, you’ve helped enable Santosh to walk again with two prosthetic legs. You’ve also empowered him to work and provide for his family through the gift of mobility via a three-wheeled scooter. Oh, and you’ve also helped renovate his crumbling house!

During and after Santosh’s house renovations.

Thank you for showering Santosh with the love of Christ.

Not Sleeping on Lava
A Loving Touch for the Untouchable