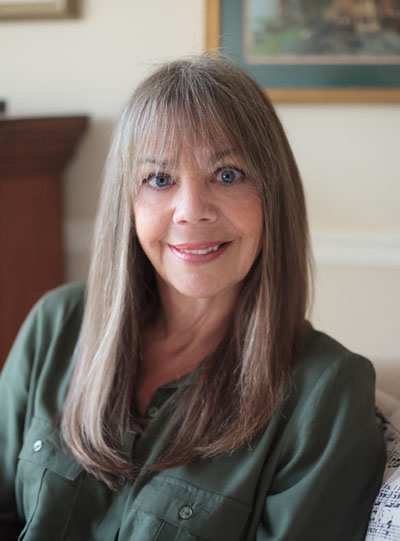 My journey to become a part of Heaven’s Family has been an interesting one. My first experience with Third-World poverty hit me like a brick wall in 1985, when I witnessed firsthand the horrors of post-war Uganda—starving bodies, empty-eyed orphans, bombed-out buildings—as part of a ministry called Agape Force. I would never take the blessings of life in America for granted again.

In the years that followed I married my husband, Burt, and we raised our three daughters in his native state of Texas, but I never forgot the suffering I had seen. Driving home one night, I was suddenly struck with thoughts and feelings too deep for words as the Holy Spirit gave me glimpses into the suffering of sexually-exploited children Another time, while grieving over the painful experience of a loved one, I sensed the Lord say to me, “I know how you feel.” Instantly my pain for that one person turned into the pain He felt for thousands of women and children in Africa who had suffered rape. I felt especially aware of girls who had been sexually abused by those who were supposed to be protecting them. I have rarely spoken of these things, but they remained in my heart—no doubt because of the empathy in my own heart, for I, too, experienced sexual exploitation as a teenager on the streets of New York City.

I first learned of Heaven’s Family through staff members Bob and Carole Collins. After traveling with Carole to India and China to visit those afflicted with leprosy, she asked if I would consider taking over her directorship of the Victims of Sexual Violence Ministry. It didn’t take long before I felt confident that this was the next step for me. Surely Jesus had been preparing my heart!

Though I know I cannot alleviate all of the suffering in this world, I am grateful that, as director of Victims of Sexual Violence Ministry with Heaven’s Family, I can have a part in making a difference for many who have suffered the emotional, spiritual, and sometimes physical scars of sexual violence.

Your gift to support Patty Forney enables her to serve on Heaven’s Family’s staff so she can minister to the “least of these” around the world.

A Door of Promise