The Critical Medical Needs Fund at Work in Haiti 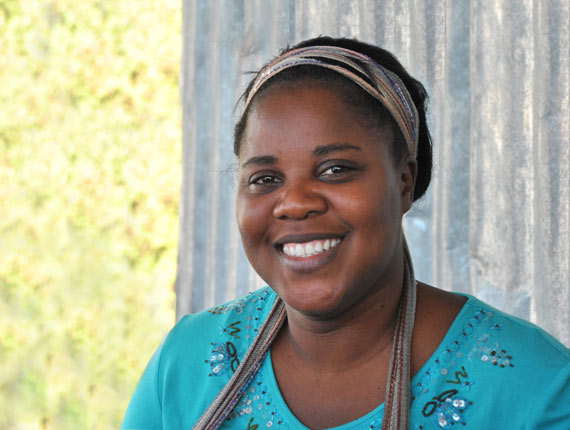 The diagnosis could have been worse, but it could have been better: Fibroid tumors in her womb that would need to be surgically removed. At that moment in 2008, all Ruth Simon could think about was that she would never be able to have children. “I cried all day and called my mom to pray with me.”

Ruth’s problem was larger than the growing tumors in her womb. Ruth lives in Haiti, the Western hemisphere’s poorest nation, and she had no way to pay for the surgery she needed. So she prayed. And waited. And prayed some more.

Two years later, Haiti suffered a terrible earthquake that took 300,000 lives and made a million people homeless. Fluent in both Creole and English, Ruth found herself a translator for several teams that Heaven’s Family sent to Haiti throughout 2010 to help with earthquake relief and to visit orphanages supported through our Orphan’s Tear division. It was during one of those visits that Heaven’s Family staff member Karin Trotter learned of Ruth’s medical problems and related financial challenge. Karin and the rest of the team prayed for her, and reminded her that there is nothing God can’t do!

Through her translation efforts, Ruth has helped Heaven’s Family help in many ways since the 2010 earthquake: (L-R) Building duplex homes for displaced families, and starting self-sustaining soap-making and chicken-raising businesses.

When Karin returned home to the U.S., she went to work “putting legs on her prayers” by telling friends about her Haitian friend with a serious medical and financial need. Karin was able to raise $1,500 from her compassionate friends, and we added $500 from the Critical Medical Needs Fund to supply the balance needed for Ruth’s surgery.

On February 4, 2011, three years after the diagnosis, doctors removed 10 fibroid tumors from Ruth’s abdomen. The surgery went well and so did her recovery—so well that the doctor assured Ruth that there is no reason she shouldn’t be able to have children.

Looking back at her three-year ordeal, Ruth wrote to us: “Many times I felt hopeless and very discouraged, but I knew God was there by my side. I think sometimes He was just waiting for my faith to grow. Thank you so much to Heaven’s Family for coming to Haiti, and thanks to the many people who prayed and gave money to help someone they didn’t even know. May our Lord bless you.”

Sometimes we learn of serious medical needs that will cost more than the balance in our Critical Medical Needs Fund. When that happens, we look to the Lord. Thank God that He has a wonderful way of speaking to each of us in order to pool our gifts together to accomplish great things. Thank you for listening!