The Rumors are True

The Rumors are True 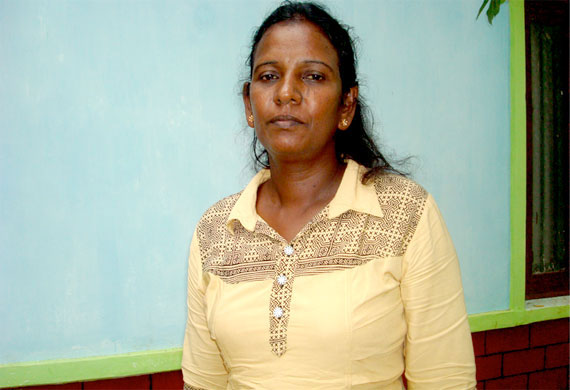 *Please note: for security reasons, names have been changed

We must remove your womb soon or you will die. Those words marked the beginning of Sumana’s* slide into despair. The doctors admitted there was little they could do to stop the advanced cancer that was growing inside her, not even with the radical surgery they were recommending.

Hearing of Sumana’s grim news, a relative reminded her of a rumor, familiar to many in Sri Lanka, that said that the God of the Christians can heal you. Sumana had heard the rumor, but in the past had dismissed it. Now, however, the 43-year-old woman seriously wondered if there was any truth to it.

Feeling desperate and frustrated, Sumana decided to find out if the rumor was true. Putting her last ounce of hope in this rumored Healer, she traveled to see Eranga Kumara*, a Heaven’s Family-supported national missionary she’d heard about.

After sharing with Sumana about salvation in Jesus Christ, Eranga prayed for her. Sumana, full of faith and optimism after hearing this good news, returned to the hospital soon afterwards to keep a previous appointment. The doctors examined Sumana and were dumbfounded: no traces of cancer could be found in her body. She was completely healed!

Not surprisingly, Sumana and her husband turned from their Buddhist faith and surrendered their lives to Christ’s lordship.

There are about 20 million people in Sri Lanka who have never genuinely heard about Jesus Christ except for vague rumors like the one Sumana heard. Of Sri Lanka’s 51 people groups, 43 remain unreached with the gospel. Eranga Kumara and other indigenous missionaries are pouring their lives out to bring hope, healing and salvation to them. As you and I link arms with these faithful frontline soldiers, we’re liberating men and women from generations of spiritual entrapment to sin and helping them find everlasting life in Jesus Christ. Thank you for your invaluable partnership.