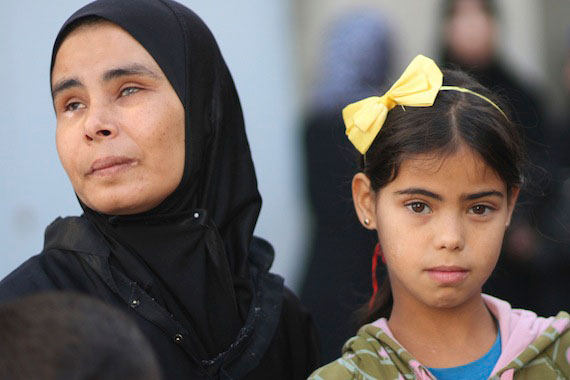 A Syrian mother of five, who was abandoned by her husband, and who is blind. Her oldest daughter, in this photo, age 12, serves as her eyes. A few months ago, they had to flee for their lives from the escalating chaos in Syria.

My wife, Becky, and I just visited the nation of Lebanon, where we spent several heart-breaking days serving Syrian refugees who are living in makeshift tents and crowded one-room apartments. They, along with several million others, have fled for their lives to escape Syria’s increasingly-chaotic civil war.

The majority of the Syrian refugees are Muslim, both Sunni and Shia, but they are not radical terrorists as Westerners might imagine, but just regular folks who were born into a culture that holds them captive. Most have never met a genuine follower of Christ or heard the undistorted truth about Jesus.

At left: One of hundreds of grateful mothers who received an aid package from the ministry with which Heaven’s Family is partnered with in Lebanon. At right: Most of the Muslim women we met did not have their faces veiled, but tradition requires that this woman not allow any man to see her face for 120 days after the death of her husband. Over 100,000 Syrians have already died in Syria’s civil war.

Now, because of their temporary displacement in Lebanon, we have an unprecedented opportunity to reach them with the gospel. And we’ve found a wonderful ministry in Lebanon with which to partner that is effectively doing just that. So, instead of sending our magazine next month, I’ll be sending you a letter that details our strategy to make an eternal impact among Syrian Muslims.

Until then, I’ve included a few photos that show the softer side of Islam…the children, mothers, fathers and grandparents who long for peace in their homeland, and who are trying to survive until that day hopefully arrives. Some of the photo captions tell their stories. 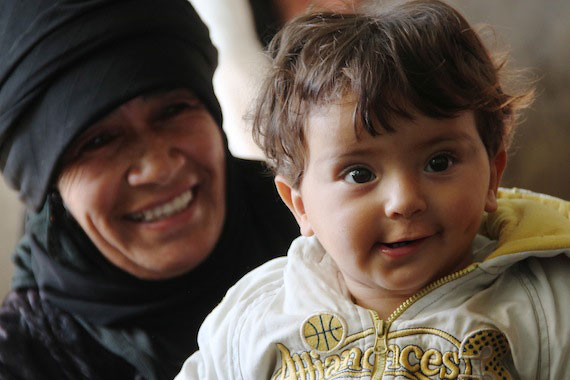 A Shia Syrian grandmother holding her granddaughter. Two of her married sons were abducted some months ago in Syria. She lives with their wives and her two unmarried sons in an old concrete tool shed in southern Lebanon. Her granddaughter has never seen her father. They don’t know if he is dead or alive. 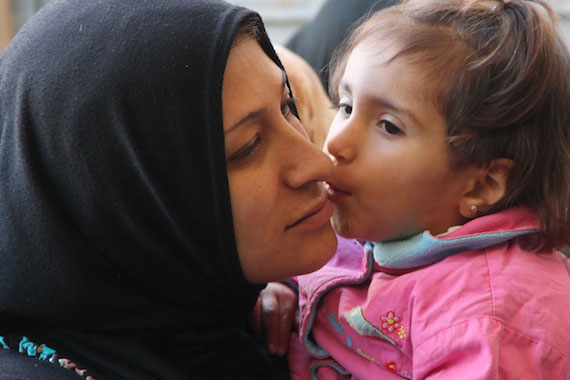 Some beautiful babies (the one in the right-hand photo is the same one as in an above photo, and is being held by her uncle) 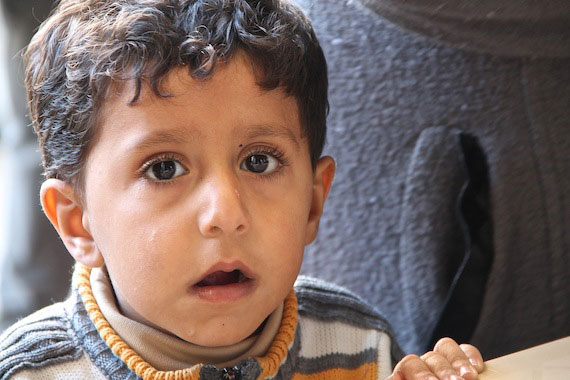 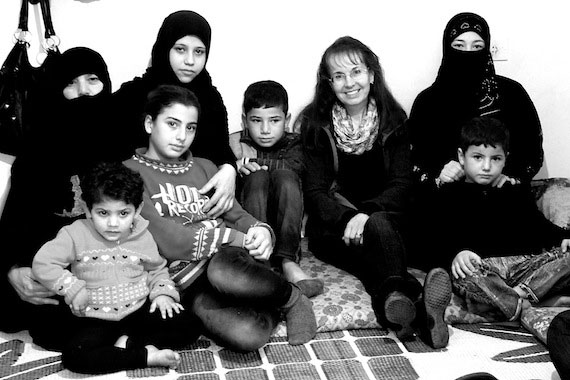 Becky with new friends during one of our visits. The husband of the mother on her right, and the father of the children on both sides of her, was murdered in Syria just two months ago.