How you helped rescue Loyosi and her children

Though Loyosi’s story reads like a horror novel, the words are not fictitious. Her marriage to a Muslim man came to an abrupt end when she became a believer in Jesus. In a fit of rage, the man to whom she had committed her life abandoned her and their three young children.

Time passed, and she eventually married a Christian man and bore him a child. Her life seemed to be going well at last.

While fetching water one day, however, Loyosi was raped and became pregnant. Afraid to tell her husband what had happened, she carried the child and her secret of rape—that is, until HIV became a nightmarish reality that threatened to ruin her life. When this, her second husband, learned of her secret, he too became furious and sent her packing. This time she found herself alone with five kids.

Living outside, huddled against the exterior walls of houses with no food or bedding, Loyosi and her children struggled to survive—all hope seemed lost.

Because of your generosity, however, we were able to provide this destitute family with food and shelter. Loyosi’s children are now being educated—3 of them are going to the preschool building you provided!

Thank you for your love and concern for women and children who have suffered the indignity of rape and the complicated consequences they suffer. Through the Victims of Sexual Violence Ministry and our partners, you have made an immeasurable difference in their lives forever! 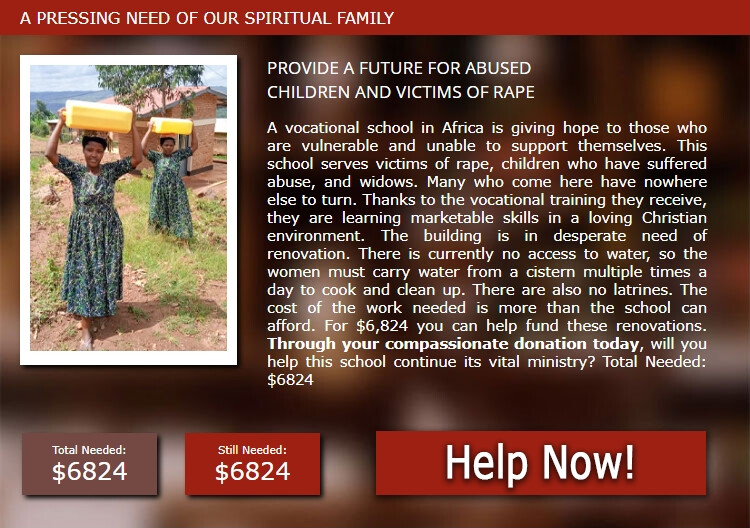