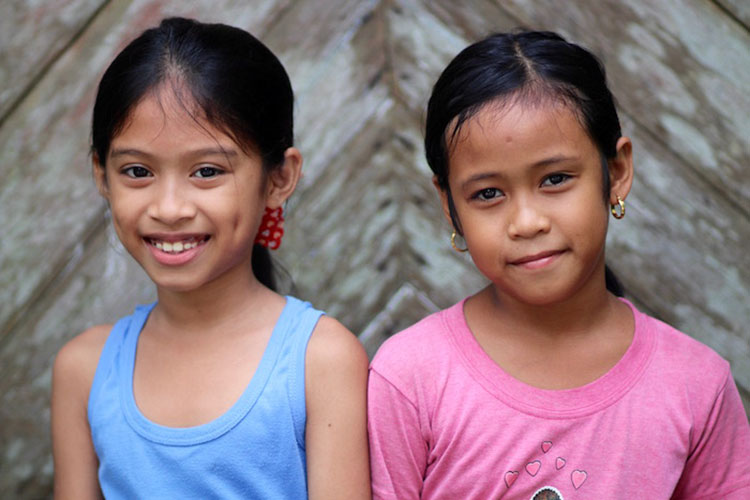 I am now on the Philippine’s most southern significant island, Mindanao, and Heaven’s Family’s primary contacts here are American missionary Gary Hawkins and his Filipina wife, Lyn. Gary has been serving in the Philippines for 4 years, but I’ve known him since 2008. Back then, Gary was living in Birmingham, Alabama, where he had a great job working for U.S. Steel. But Gary found himself becoming disillusioned with non-Christian Christianity. He began seeking the Lord with all his heart, and soon found himself reading one of my books at ShepherdServe.org. Eventually, he read just about everything on our teaching website. His testimony is that his Christian life was revolutionized.

Gary started selling his possessions and supporting poor evangelists through Heaven’s Family’s National Missionary Ministry. I can remember him calling our office numerous times to tell us what the Lord was doing in his life. I also remember when he told us that a very aggressive cancer had taken his wife in less than three weeks. But Gary’s faith never wavered. I was not surprised when he told me that he was relocating to the Philippines to serve the Lord as a missionary.

After Gary and Lyn married, they adopted a little boy and have since had two biological children of their own. But Gary came to the Philippines by faith, without anyone’s promise of financial support, so he has worked hard to feed his family, and they live very humbly. Here’s a photo of a family of whom the world is not worthy, standing in front of their simple house that has no indoor plumbing: 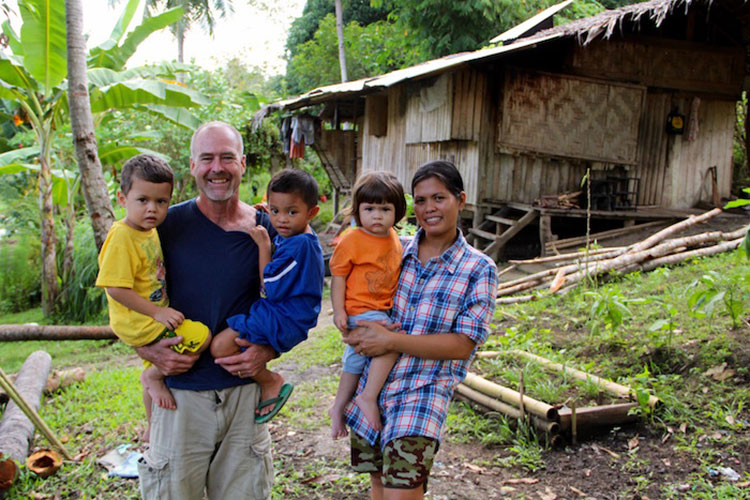 Gary and Lyn with Juan, Jackson, and Judy

When Gary was living the American Dream in Alabama, he owned four cars. Now he drives a used motor scooter that can fit 2 adults and 3 children, as can all motor scooters in rural Asia.

Gary administered some disaster relief on behalf of Heaven’s Family in 2013 after Typhoon Haiyan. He also connected us to a good pastor who translated The Disciple-Making Minister into the Cebuano language.

He and Lyn have also served street children, reached out to their very poor neighbors, spread the gospel, and are now involved in outreach to a marginalized minority known as the Mamanwa. I’ve enjoyed our last four days together as we’ve traveled in northern Mindanao meeting those whom they’ve served. Below are some photos of those days with the stories in the captions.

And if you are looking for some good missionaries to support, I highly recommend Gary and Lyn Hawkins. 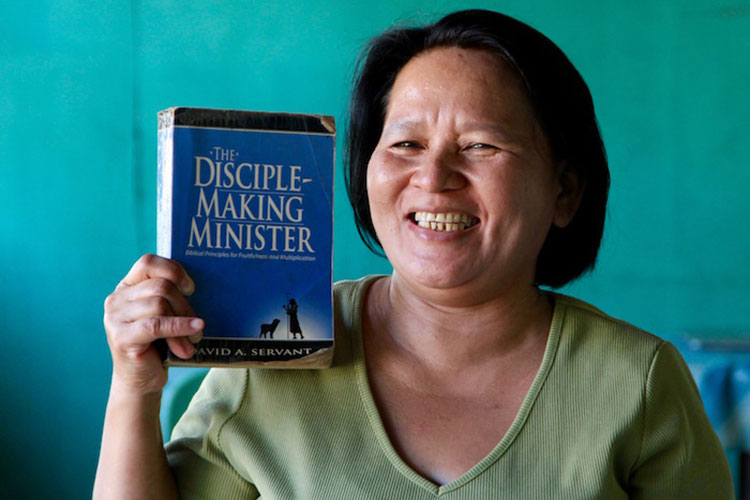 Meet Rosario Cagaangan Mahubay. She is a Filipina “pastora” (the term for female pastor in the Philippines). Gary gave her a copy of The Disciple-Making Minister 4 years ago and returned 3 years later to discover that it had been getting a lot of use. Not able to read English (but able to speak it), Rosario’s 9 children read it to her, and then it was passed around among church members.

Rosario had only encouraging things to tell me about how TDMM had affected her ministry. (And I wondered what she thought about the chapter titled Women in Ministry, that has lots of encouragement for women to serve the Lord in just about every possible ministry other than as pastors! All I can say is that it is difficult to criticize female pastors like Rosario who are effectively making disciples.) 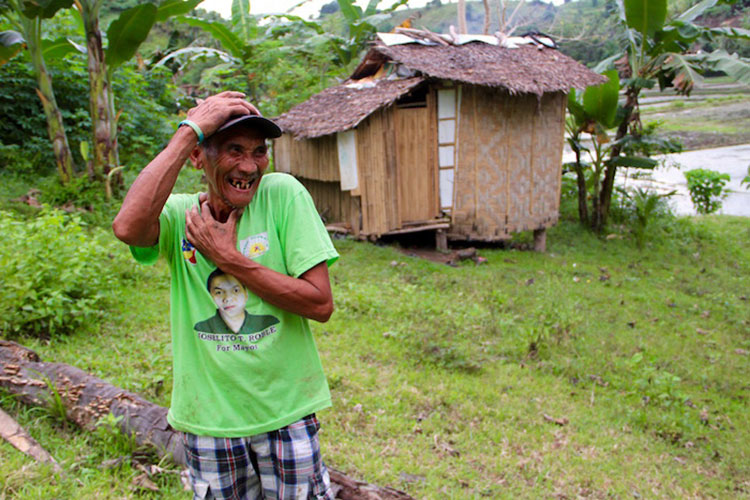 Meet Fidel Dalogdog, who lives “next door” to Gary and Lyn. They led him to the Lord, and he already has two converts of his own. 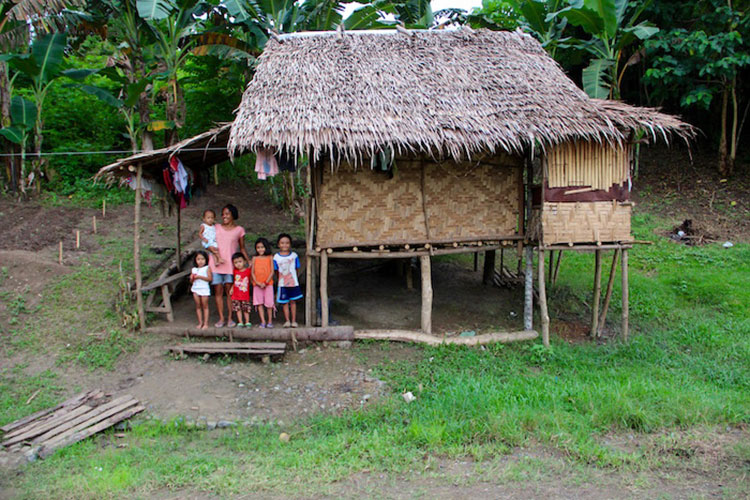 Another one of Gary and Lyn’s neighbors who recently relocated from a Manila slum to start life over. Pictured is Janet Dalogdog (niece of Fidel, see previous photo) and her 5 children. Her husband was working in a rice field when I took this photo. 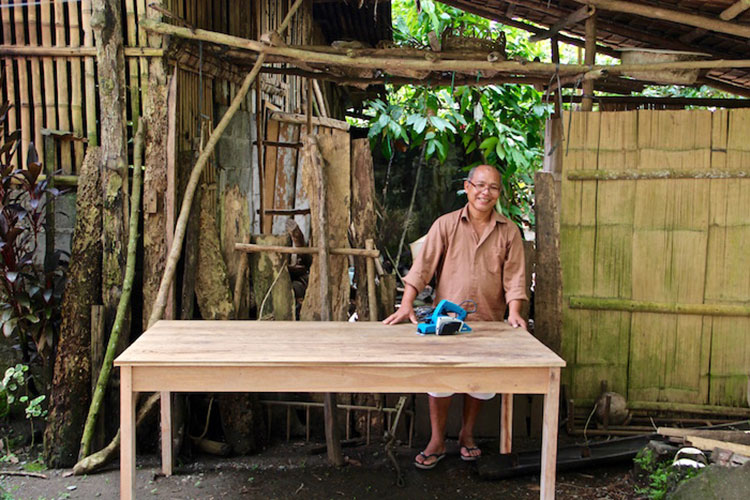 Self-supporting church planter and carpenter Bebot Guiritan. He made the table he is standing in front of with the help of the blue electric planer on the table, a gift from Heaven’s Family. 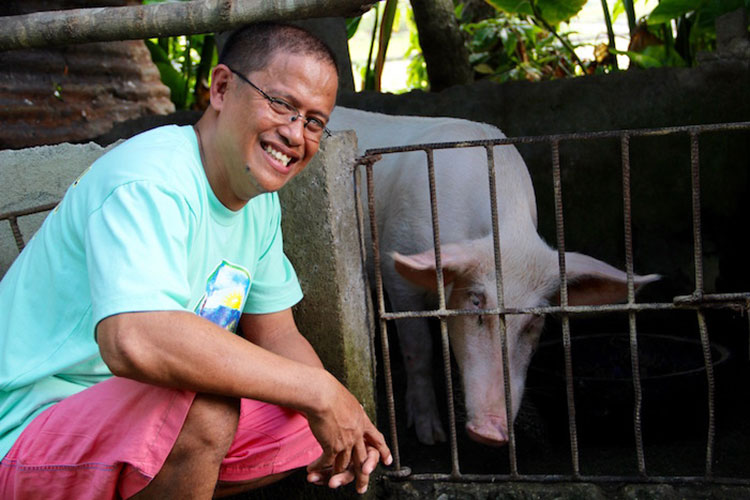 Church planter Jojie Esguerra, whom we hired in the past to translate The Disciple-Making Minister into Cebuano. From his earnings, he not only bought this pregnant pig, but also opened a little store in front of his humble house. Pastor Jojie traveled with myself, Gary and Lyn on our 3-day journey, as he was the driver of our rented vehicle, and he preached much of the time that he drove! 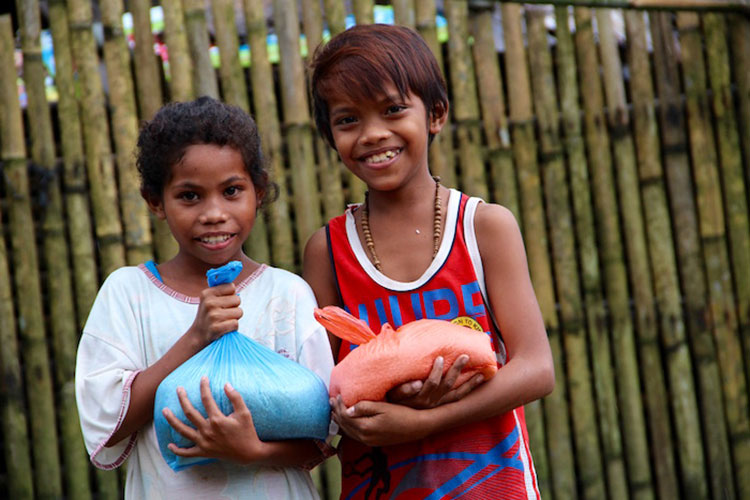 Visiting two very poor Mamanwa villages one morning where two churches have been planted, we distributed some “Christmas rice” to believers and unbelievers alike. The Mamanwa are a marginalized unreached minority in the Philippines who have African features, an example of whom is the beautiful little girl on the left. 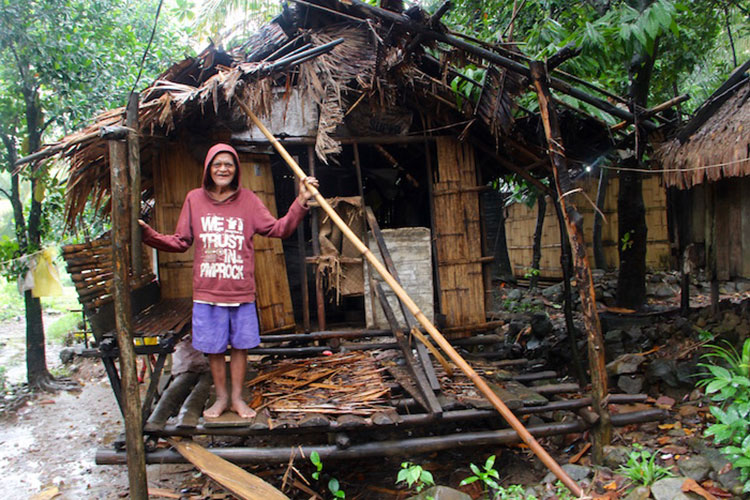 An elderly Mamanwa man who received some Christmas rice, standing on the porch of his house. 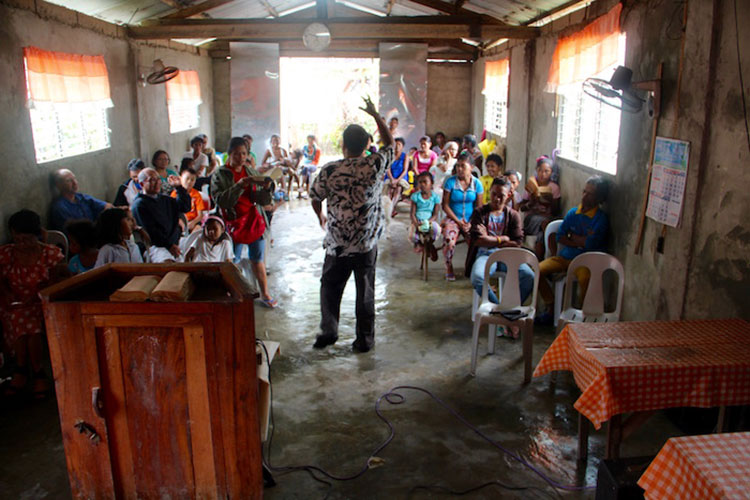 There are very few believers among the Mamanwa, but this is a church planted in one of their villages. I was asked to speak at this Sunday morning’s service with the help of pastor Jojie (who translated The Disciple-Making Minister) as my interpreter. He was surprised when, at the start of my sermon, he heard me explaining why he would be a much better person to preach the morning sermon than me, and then watched me sit down. But he launched into his own sermon and had everyone on the edge of their seats for 45 minutes, including the children. He is a fantastic communicator, and a man of God who has paid a price for his faith.