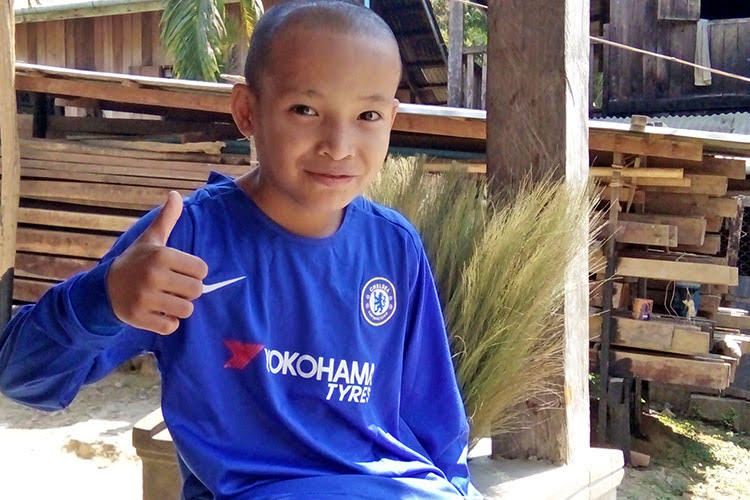 A boy’s spirit blossoms after leaving his orphanage

Children raised in orphanages often suppress their own thoughts and feelings because directors seek conformity and stress rule keeping. Sadly, other children frequently dominate and even abuse those who want to express themselves, so many learn to keep quiet and follow the crowd.

I want to share with you the insightful observations of Yamin, a member of our social work team in Myanmar. She tells the caterpillar-to-butterfly story of a boy named Kyaw as he traveled with her to his family’s village for a temporary visit. Kyaw’s story highlights some of the issues facing children in orphanages.

A little background is needed first. As part of the reunification process, the social worker team observes how the children behave around their families and other relatives, and over the past few months the team has traveled the breadth of Myanmar visiting and assessing children’s families in preparation for these family visits. With the children now out of school for their summer break, the team began traveling with them to their remote towns and villages.

Yamin, our office administrator and trainee social worker, wrote the following in her own words… 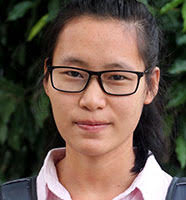 On March 12, Htoo Say (one of our social workers) and I left Yangon together with seven children to take them to their home villages and towns for a short visit to their families. The youngest child is Kyaw, and he is eight years old. I had met him once before when I visited the children home where he lives. He was a quiet boy. On the journey, he didn’t talk. Whenever I asked him something, he would just nod his head. After a very long bus ride from Yangon to Kyauktaw, six children were collected by their relatives so we stayed for a night there before continuing on to Paletwa with Kyaw next morning.

He became very active after everyone had left. He played and talked a lot which surprised me because I thought him to be a quiet boy. It was as if he was a bird who had just escaped from the cage. He had transformed into what seemed like a normal, happy child, but he was one who had never been free before. He told me that he is afraid of the older boys in the children’s home because they are given authority by the director to punish the younger children if they do something wrong. That explains why he was very quiet on the way because there were two older boys with us.

Before leaving the children’s home, the director had given each child 1000 kyats for pocket money (about 75¢ in USD) and he often took out that money, just to look at it. He told me that he has many purposes of using that 1000 kyats, buying food or presents for his sister. I gave him ten 100-kyat notes for his one thousand bill and he kept counting his money, over and over. He also really liked the bag we gave him and asked us if we would give him a new one when it is broken. He put everything he had in that bag. He doesn’t have much, but he often took out those things and put them back into his bag. He did the same with his money.

In the evening after dinner, we took him to a small playground in front of the restaurant where we had dinner. He played and laughed. It saddened me to see an innocent boy enjoying his normal childhood which he didn’t get to do it when he was in the children’s home.

Kyaw happily playing in the playground, taking photos of his food, and counting his money

Next morning, we left for Paletwa, which was a further two hours by car and boat. We had lunch as soon as we arrived. He took a picture of the food he was going to have. It seemed to me that he hadn’t had good food for a long time. After that, he asked me to help him buy a soccer clothes with his money. It was in the afternoon and it was hot, so I asked him to wait until later. He knew that his relatives would come to pick him up in a few hours and he thought he wouldn’t get to buy the clothes. He kept pestering me to buy it for him, like I was his sister or something. I wondered if he ever got the chance to pester his parents for stuff like most kids do? I told him to keep his money as he said he would give it to the church, so I bought him the clothes with my own money. He was so happy. He put it on and asked me to take a picture of him. He is a Chelsea (a UK soccer team) fan. I just fell in love with him. Before long, his two uncles picked him up. I hope that he enjoys his school holiday.

Many of you have partnered with us to help children like Kyaw to receive the love, care, and freedom that only a safe family provides. On their behalf, thank you!

A Family for Christmas
Return to Eden’s Paradise