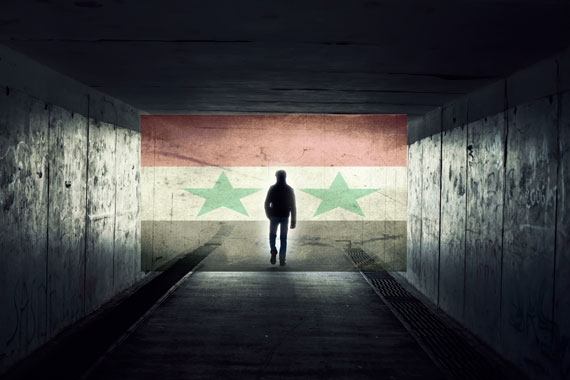 Gabriel makes the dangerous journey inside Syria to aid more than 1,000 persecuted Christians

A dangerous mission to serve the persecuted church—our family

Have we been forgotten? This frightening but all-too-common sentiment resonates among seven million people—displaced by war and ISIS terrorists—who remain trapped inside Syria. Our brothers and sisters in Christ are among those who have fled for their lives. Those who have been fortunate enough to flee to safer zones outside of Damascus still face extreme hardships as they are forced to camp in small rented rooms or makeshift shelters. Some even resort to digging through the trash for their next meal. Persecuted Syrian believers are sending this message: “We feel as though we’ve been forgotten by the outside church.”

But all is not lost. Gabriel (name changed for protection) is a Heaven’s Family partner who has made it his personal mission to bring hope to displaced Christians remaining in Syria. He has been granted special access to an area near Damascus where over 1,000 Christian families have fled. Risking the continual dangers of being in a war zone, Gabriel makes the journey from a border country each month to offer desperately-needed aid.

Gabriel sent us an update from his latest mission inside Syria where he spent time with the Almasi family. Before escaping to Damascus, this precious family was captured by ISIS and taken to the town’s public square where they were told to denounce Christ and convert to Islam. After they refused, the father, mother and daughter were miraculously spared from death but were separated from their two eldest sons and thrown out of the city. They later learned the heart-rending news…their two boys, along with many other Christians, had been executed and buried en masse.

Gabriel’s timely visit, when the Almasi family was in the midst of overwhelming poverty and stifling sorrow, provided much-needed aid and prayer for their broken spirits. His visit awakened something all but forgotten inside them…hope! They begged him to return again—to not forget about them.

Because of gifts to the Persecuted Christians Ministry, Gabriel will be returning with emergency resources. Please keep this incredible hero in your prayers as he carries the message that our Syrian family is not forgotten. And please remember to pray for the thousands of suffering Christians trapped inside Syria.

Together we can make a difference,