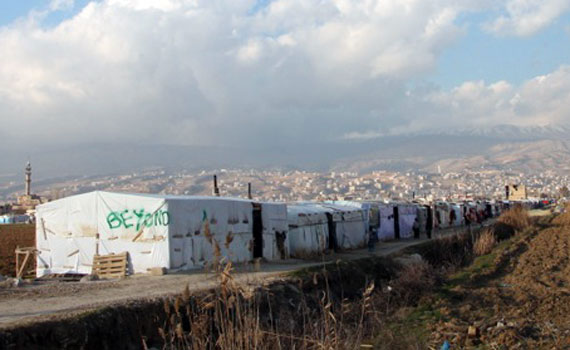 The Lebanese government has been hesitant to allow formal refugee camps on their soil, forcing many families to find shelter in urban areas or set up temporary shelters and random encampments on farmland

“Why, why do you care for me and my baby? At night I want to die, but you bring hope to me!” These pain-filled words were spoken by a Syrian man we’re calling Mohad (to protect his identity), who had recently lost his wife, two older children and mother-in-law when a bomb exploded next to his house as a result of the ongoing civil war in Syria. Having lost all his legal identity papers in the blast, he picked up his infant child—the only other surviving member of his family—and stole across an unguarded border of Lebanon for refuge.

For believers in Lebanon it has not been easy to care for the refugees flooding across their borders. Many Lebanese deeply resent the 20 years of occupation they’ve suffered from Syrian soldiers until recently. But for them, the compassion of Christ compels them—and compelled Mohad to consider their faith.

Heaven’s Family has come alongside these courageous Lebanese believers, helping them to meet the pressing needs of the Syrian refugees around them. Along with food and hygienic supplies, we’re helping each month to provide Arabic Bibles and children’s Bible storybooks. 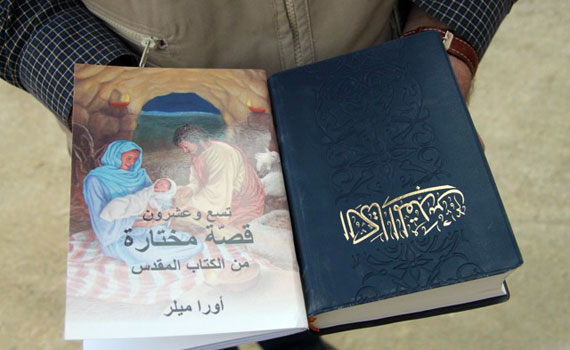 Mohad’s heart continued to be softened by the love of Christ shining through the believers in Lebanon, and he finally came to a glorious faith in Christ. He is growing spiritually, but says that “nights are still very hard, almost unbearable, yet when I pray it brings me peace.”

The Syrian civil war has created an unprecedented time of receptivity for the gospel. Desperate, these refugees are grateful for the love they’ve received from those they’ve been told were their enemies—and their hungry hearts are responding in great numbers, filling local churches. I’m convinced that now is the “Day of Salvation” for the Syrian people!

Thank you for your heart for these suffering people. I am certain that someday we will meet Syrian brothers and sisters who will be before God’s throne rejoicing because of your love for them.