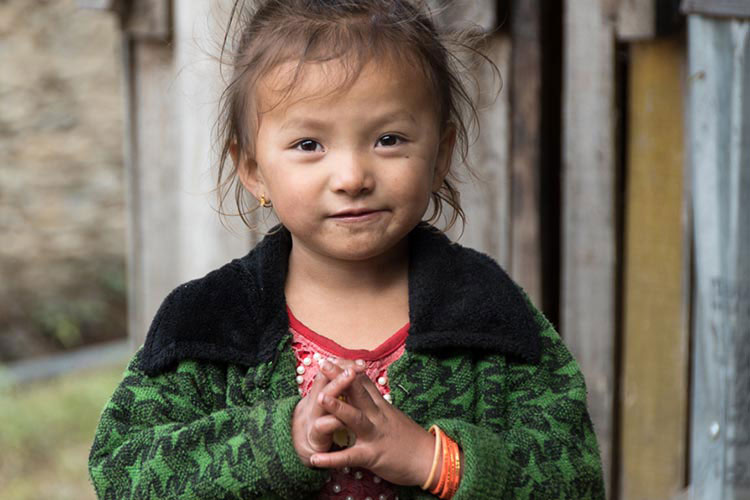 God is using YOU to change lives

You know who you are—those who joined us in the fight against human trafficking and slavery in 2017. We’re talking about those of you who sacrificed hard-earned dollars (or pounds or euros or yen…) to rescue women and children from this web of evil, and to encourage and equip those fighting it on the front lines. We’re also talking about those who prayed for us and this life-affirming ministry, whether you were in a position to give financially as you wanted to or not.

We appreciate all of you so much!

The road we’re on is not easy, but it’s nothing compared to the steady stream of tragic lives we encounter in our work. But no matter how depressing the headlines sometimes get, you can be encouraged by the fact that you are a hero in the life of at least one person who has been rescued from trafficking. Some of them are pictured here, taken during our trip to Nepal earlier this month.

So as 2017 comes to a close, we just want to say, “Nice job,” and wish you and yours a very joyous Christmas, and every blessing in the New Year. 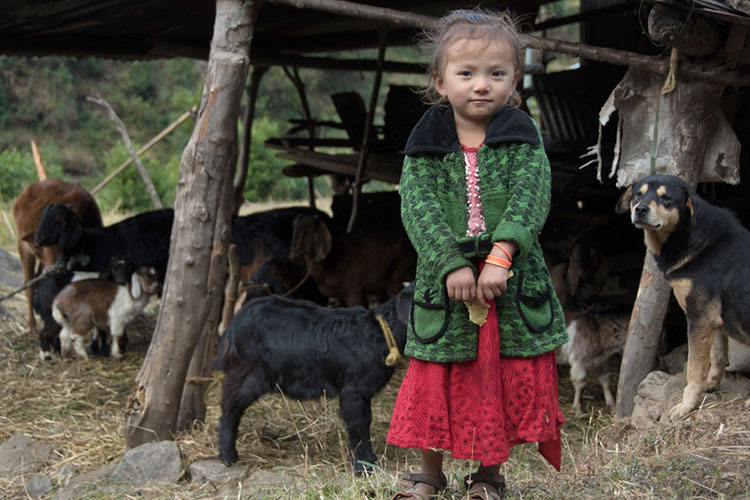 Here’s the same girl with her goat (black one) that was given for her and her mother to care for in our Goats for Girls project that helps generate income for her family. With the extra income that these and other mothers and their young daughters are able to earn (along with some other economic stimulus programs), this village has been able to declare itself off-limits to human traffickers who, until recently, had been purchasing teenage girls from impoverished families for enslavement in brothels near Nepal’s border with India and beyond. 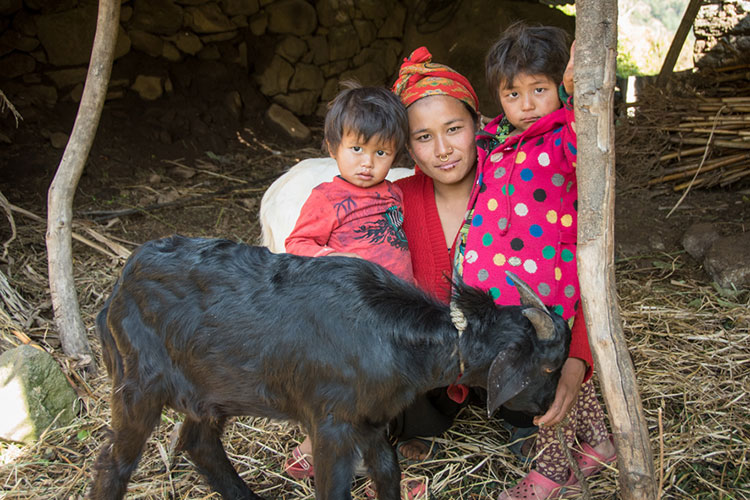 This young woman would would have been sold off to human traffickers just a few years ago due to the destitute economic situation in GP Village. But instead she’s raising a family, and these two goats will help protect her two young daughters from traffickers in the coming years. 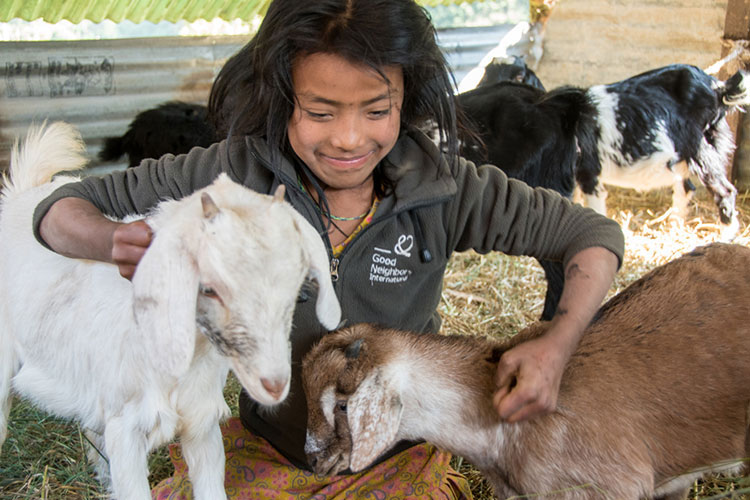 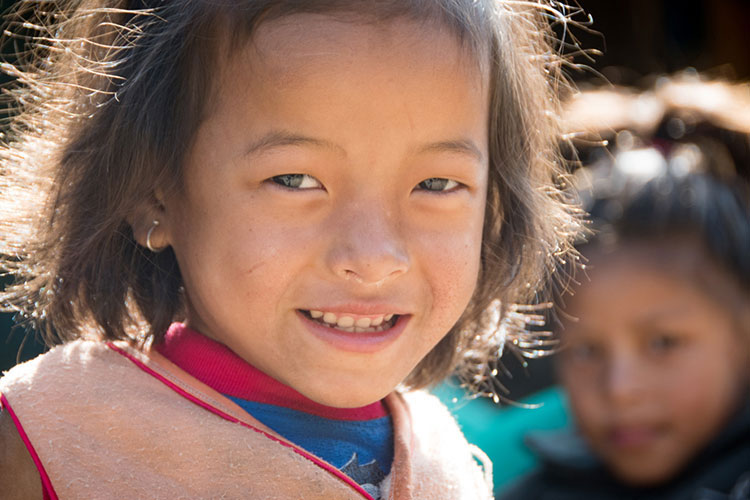 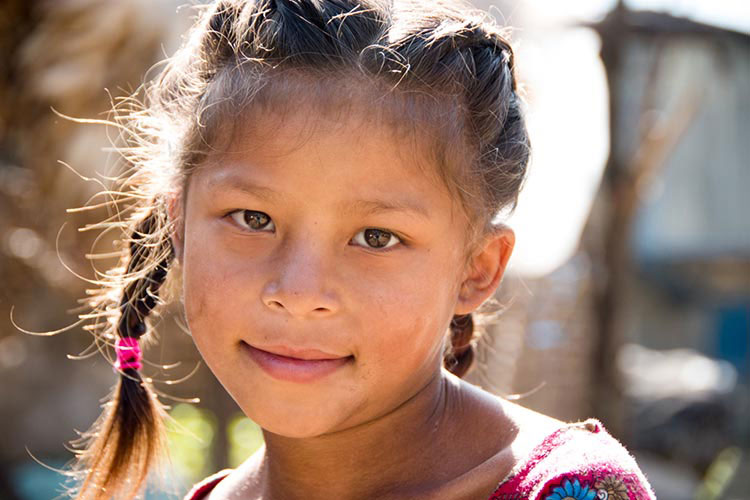 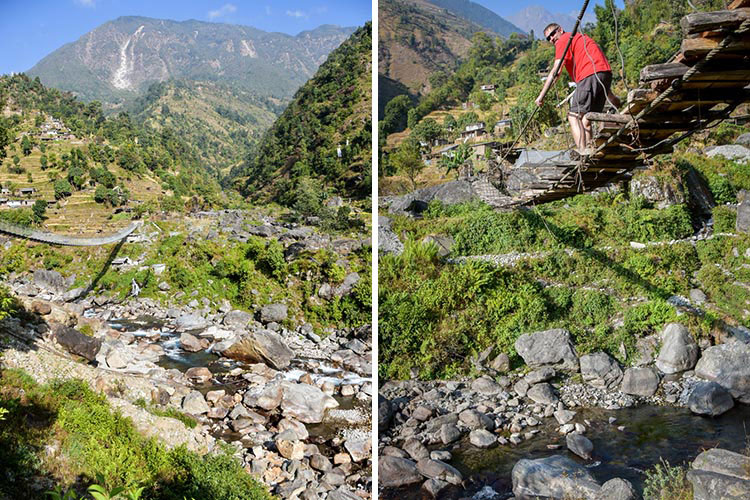 Nestled in the foothills of the Himalayas, GP Village has been blessed with incredible beauty—in the breathtaking landscape as well as in her people. At left is a newer steel suspension bridge for pedestrians, livestock and motorbikes; at right (with teammate Tom cautiously demonstrating the use of) is an older suspension bridge with rickety wood planking (all we could think of as we walked across it was the many films we’ve seen since childhood that depict people plummeting to their deaths—or nearly so—when rotten planks break through!)