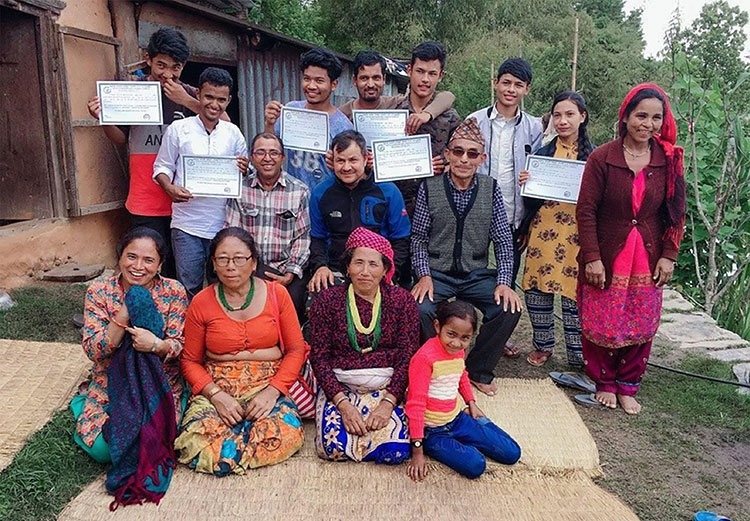 Church planters receiving their certificates after finishing a discipleship course

How you’ve helped one man impact a nation

In 2001, the ruler of the Hindu kingdom of Nepal was assassinated. Hundreds of years of tradition were destroyed in a moment. In the wake of the king’s death, a new level of political freedom came to Nepal, including 100 new political parties and a limited freedom to spread the gospel. Soon, young Christian leadership was springing up everywhere.

Dinesh’s brother was one of the first Christians to rise to prominence—until he was killed by machine gun fire as the public bus on which he was riding rounded the first curve out of the neighborhood where he ministered. Dinesh was devastated and his young faith was shaken. Through a tough couple of years, he hung onto his commitment to King Jesus by a thread.

But in what Dinesh describes as a miracle moment, God touched his life and the vision of discipling others that his brother had embraced became Dinesh’s too. From a very humble beginning, his ministry has now trained hundreds of disciples and has become a real church planting movement. Currently, Dinesh leads a group of 12 full-time church planters who are walking the same walk of faith he has lived and are passing it on to others.

Through Heaven’s Family’s Disciple Multiplication Ministry, you’ve helped support two additional church planters who are working under Dinesh. You are helping to take the message of hope and salvation into villages and reaching people groups in Nepal who have never heard the gospel. Thank you!