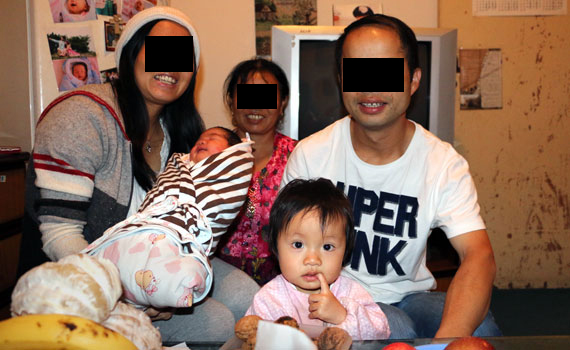 My wife Michelle and I just returned from a month-long trip to Asia. We spent time ministering and encouraging dozens of frontline workers who are reaching unreached people groups.

You may recall a couple of months back we asked for prayer for the upcoming birth of the child of our coworkers Caleb and Esther Jing? Esther is from the A-Che tribe and was unreached until our team was sent to her village about Jesus. She came to the Lord from our efforts and now she herself is a minister of the gospel! We asked you to pray that they would not be fined for having a second child, which has been considered a crime for over 35 years in China.

Incredibly, God answered your prayers for Caleb and Esther by doing away with the One-Child Policy altogether! Chinese families can now have two children with no restrictions. This historic decision will ultimately result in fewer abortions in China. I pray this means I never have to hear another heartbreaking story of a forced abortion in China.

We are so excited to share about the birth of Xin Mei and the end of China’s loathsome policy. She is Caleb and Esther’s second daughter. The birth went incredibly fast with no complications. Praise God! The baby is healthy, and weighed in at 6.5 pounds.

Just a few days after the birth of Xin Mei the Chinese government announced an end to the hated One Child Policy. We are rejoicing because they no longer need to be concerned about being fined for having this child!

We hope that this great news encourages you to pray. In studying church planting movements amongst the unreached, you will find that prayer is one of the common ingredients in every movement. So please continue to pray for the A-Che people, the Jabali people, the Tibetans, the Tamang of Nepal, and the Dong people.

Your contributions to the Unreached People Groups Ministry allows us to take the gospel to those who most likely will have no other opportunity to hear that sweet, precious, all-consuming name of Jesus.

Dong for the King
The “D-Team”