In Myanmar (Burma), Heaven’s Family is involved in much more than can be covered in this Ministry Update, from building orphanages to smuggling Bibles into China. So I’ve simply touched on the highlights of our December trip there, using mostly photos. Everything you read about has been made possible by your partnership. Thanks so much! — David

P.S. Please consider joining our ministry team to Myanmar in December of 2007. One of our team members this time was 87 years old! Anyone can do it! 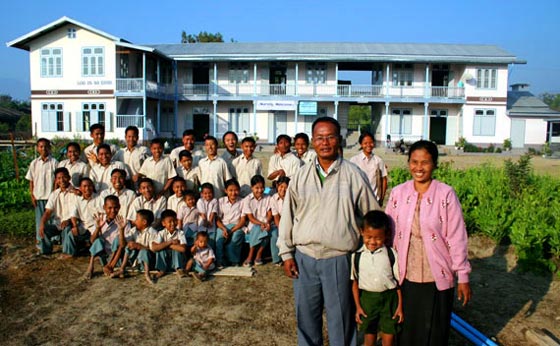 Directors Peter and Anna Mang, with thirty-two polio-stricken orphans in front of their beautiful new building.

When we visited the Handicapped Care Center Orphanage about a year ago, we found twenty-six polio-stricken children crowded together into a small, inadequate, rented house. Their situation was especially heart-breaking because most of the children could only scoot on all fours or walk with the aid of crude crutches. We produced a short video and appealed to our friends to help them construct their very own building. Last month, our team of eleven Americans and one Australian were astounded to see what they had built for just $33,000! And we enjoyed watching some of the handicapped children break dance for joy during the dedication ceremony!

The Handicapped Care Center accepted a few new children since we had last visited. One is a beautiful little girl named Hannah Sui Rem Hngak. As a baby, polio affected her spine and now she has a very hunched back. Her father died when she was three. Her mother remarried when Hannah was eight and dropped Hannah off at the Handicapped Care Center this past February. Her photo is below. She is now waiting for sponsorship at Orphans Tear. 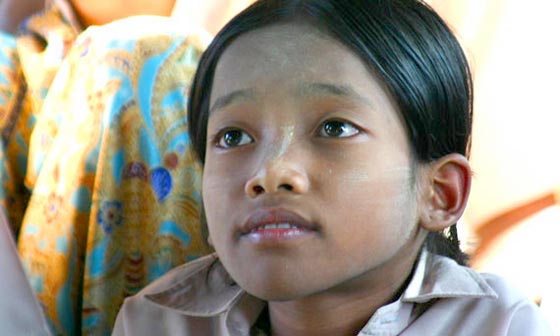 You can watch a video tour of the new building. It is currently unfurnished, but one of our team members gave $1,000 for new beds for all the children. Some of them wept at the news. They’ve never slept on anything but straw mats on the floor—all of their lives. The only need they have now is for a van that can be used to take the children to school and vocational training. Currently, the director uses his motor scooter to make twenty trips each morning and evening, taking one child at a time! This is especially challenging during the rainy season. 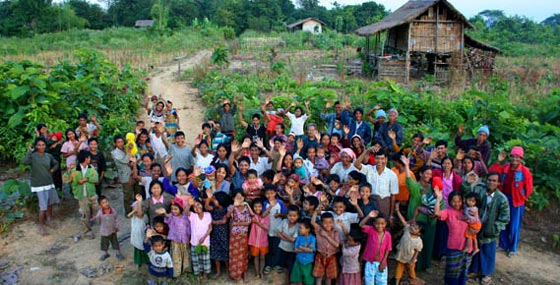 With a typical house in the background, the very poor Christian villagers rejoice for their new water supply.

While in Myanmar, I was granted special permission by the authorities to visit briefly in Chin State, where Heaven’s Family has provided safe drinking water for a village that can be reached only by footpath. I think it is the most remote place I’ve ever been. Upon my arrival, I was greeted with excited shouts of Hallelujah! from the mostly Christian villagers, and by the stares of children who had never seen a person with such white skin! They all live in abject poverty.

Last year, an earthquake destroyed the community well at Cang Ai village and changed the underground water route, so re-digging the old well proved fruitless. This forced the residents, most of whom are Christians, to walk over a mile to the only nearby water source. They are subsistence farmers, so they had no money for plastic pipes to bring the water into their village. Heaven’s Family provided what they needed, and I stood on the concrete reservoir (also provided by HF) to take the photo above. Thanks for making this project possible. We provided water for Jesus, who will one day say, “I was thirsty, and you gave Me a drink!”

Some of the beneficiaries of your compassion in Cang Ai Village

450 Bible School students, pastors and missionaries with Burmese translations of The Disciple-Making Minister

For the past five years, Heaven’s Family has been equipping Christian leaders in Myanmar by means of pastors’ conferences and through the distribution of thousands of copies of The Disciple-Making Minister in three languages. Last month, at our two-day conference in Yangon, 400 future leaders—students from four Bible Schools—as well as fifty pastors and missionaries, received their own Burmese copies. Another 1,500 copies are being distributed to pastors all over Myanmar. It has been called a “Bible School in a book,” and the Burmese version is over 750 pages!

I am amazed at how God is opening doors to get The Disciple-Making Minister into the hands of Christian leaders in developing nations. In the last two months of 2006, thousands of pastors were reached through the initiative of visionary leaders in three nations who hosted their own Shepherd Serve Pastors’ Conferences. An Indian leader held a conference in Piduguralla, and 1,538 pastors attended. One thousand of them received a copy of the Telegu version of TDMM. A Kenyan pastor journeyed for several days to the Kakuma Refugee Camp—a living hell with 90,000 residents—to host a conference for pastors there. He gave Swahili copies of TDMM to pastors from Uganda, Rwanda, Ethiopia, Eritrea, Sudan, Somalia, Burundi, Zambia, Liberia and Morocco!

A few of the hundreds of pastors who have received TDMM recently—in India, Burma and Kenya

Smuggling Bibles Into China
The Bibles for Believers Fund at work 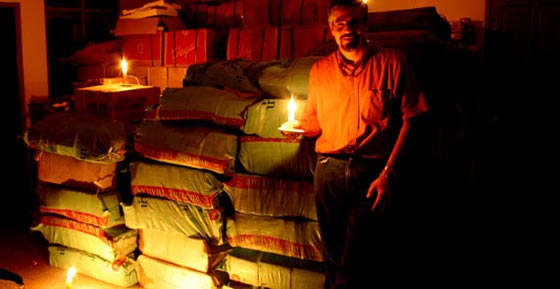 Standing before a shipment of thousands of Chinese and Hmong Bibles, ready to be smuggled into China

Although I can’t reveal the details, we are helping a ministry in Myanmar smuggle Bibles into China by providing funds for transportation. View a short video about the Bibles for Believers Fund.

The Mountains of Mizoram
The Books for Pastors Fund at work in Mizoram, India

Prior to my trip to Myanmar, I spent a week traveling throughout southern Mizoram, in northeast India, teaching at one-day pastors’ conferences and distributing 1,000 copies of the Mizo version of The Disciple-Making Minister. They were gladly received by Presbyterian, Baptist and Salvation Army pastors. Below are a few of my favorite photos during that trip. 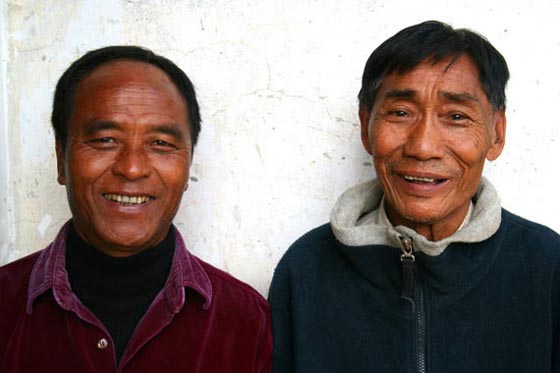 Two of the pastors who attended our conference in the city of Saiha, Mizoram, India 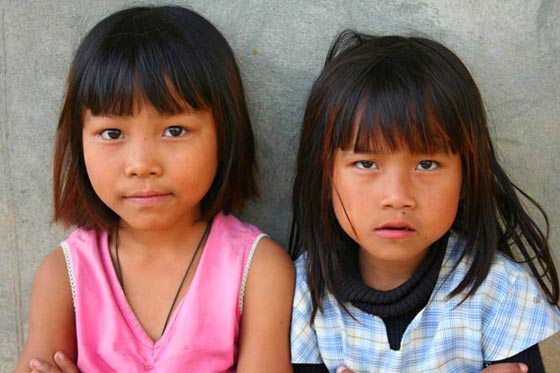 Two spies I caught outside one of our conferences. I took their photo, finger-printed them, and then released them. 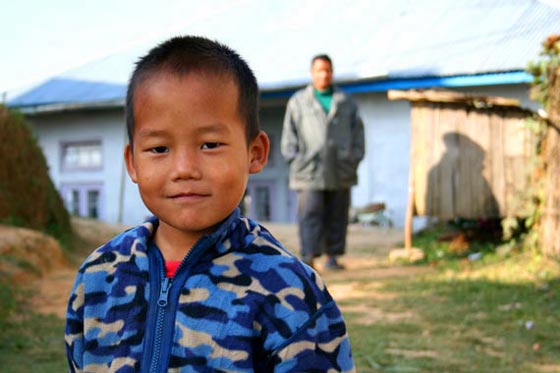 Posing for the camera under the watchful eye of his father 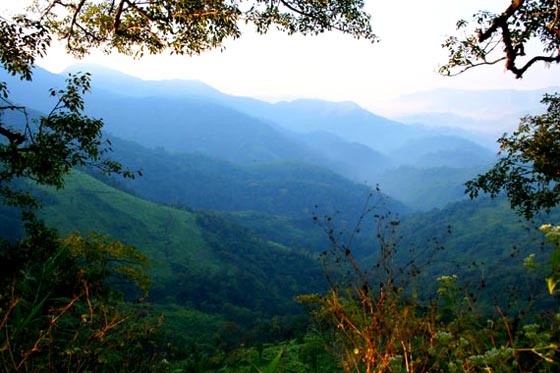 Mizoram consists of endless mountains. The Mizo people built their cities on the peaks to watch out for enemies. 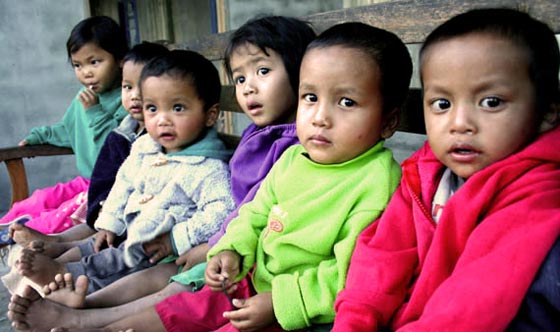 Six beautiful children at an orphanage that we visited 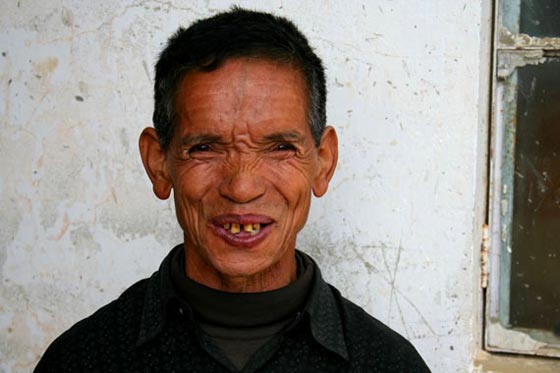 One of the most interesting faces I saw!

There are so many opportunities set before us in 2007. I returned from Myanmar with a list of very legitimate needs for about twenty orphanages that we help there, and the total cost is around $155,000. At the same time, we have the opportunity to put The Disciple-Making Minister into the hands of tens of thousands of pastors and Christian leaders in numerous nations. In 2007, for example, we will begin spreading the newly-translated Chinese version throughout China, where one-fifth of the world’s people live. In India, where another one-sixth of the world’s people live, we have more amazing opportunities. There is just too much to tell.

Thanks to all who made Heaven’s Family so fruitful in 2006! You have sown into good ground and laid up treasure in heaven. In 2007, we trust that we will find many more people like you.

If you have not yet investigated the Heaven’s Family Mutual Fund, 2007 promises to be a great year to invest! 2007 is also a great year to adopt a child through Orphan’s Tear, or meet the very pressing needs of some of the “least of these” around the world through I Was Hungry. Finally, because 100% of everything we receive for the Heaven’s Family Mutual Fund, Orphan’s Tear and I Was Hungry is sent overseas, we need folks who will just give to the general fund of Heaven’s Family. Sacrificing together, we’re finding our lives by losing them for the sake of Christ (Matt. 16:25). God bless you all!