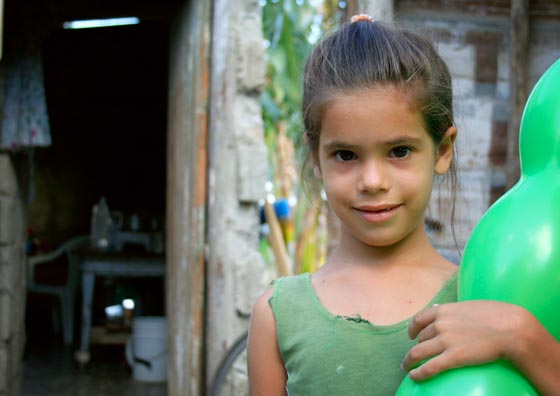 Isabel, the daughter of devoted Cuban church planters, standing in front of her family’s “house.”

It seems hard to believe that there are still nations in the world that are politically and economically communist. And it seems even more difficult to believe that one of them, Cuba, lies just ninety miles south of Miami. As I traveled throughout Cuba last month, I observed that communism is working there about as well as it did in Eastern Europe. Most everything is in disrepair, buildings are crumbling, basic necessities such as rice, beans, eggs and clothing are rationed by means of government-issued coupon booklets, private enterprise is limited and regulated to exasperation (killing your own cow is a criminal act that earns a six-year prison sentence), the black market is thriving, taxi drivers make more than doctors because of tourists tips, and tens of thousands of people have drowned over the years trying to escape their island prison. Moreover, the living church of Jesus endures frequent harassment from communist leaders, as they know the gospel is their greatest threat.

Yet there is a silver lining. The sufferings endured by Cuban citizens have opened many hearts to the gospel, and Cuba has experienced wonderful revival since Fidel Castro came to power after the 1959 revolution. One of Castro’s first acts against the church was enacting a law against the construction of any new church buildings. Christians could, however, legally meet in their homes. Thus a wonderful house church movement was unwittingly launched by Castro. Since then, thousands of homes have been constructed or modified that consist of a small living area for a pastor and his family and a living room full of pews! Many congregations have grown to hundreds of members. At least one, which I will tell you about in this update, grew to thousands. And the revival is increasing. Cuba’s population is about 10% on-fire evangelical Christian.

Thanks to all who make our ministry in Cuba possible. Our Cuban brothers and sisters (like all other Cubans) are living on an island prison, eating prison food, and making prison wages of ten to twenty dollars per month. We know that Jesus will say one day, “I was in prison, and you visited Me.” — David 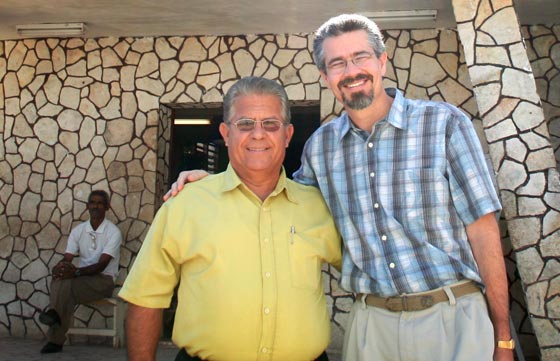 Orson Vila was ordered by Cuban authorities to close his eighty-five churches. He replied, “I don’t close churches; I open them!” So he was sentenced to two years of hard labor.

In 1994, Orson Vila was told that he was not permitted to expand his small, pre-revolution church building to accommodate his growing congregation. So he decided to start meetings in his home. His church kept right on growing, and as many as 2,400 people gathered at his house three nights each week, spilling out from his yard onto the adjoining street to listen to him minister from his second-story balcony. Healings and miracles accompanied his preaching.

Communist authorities threatened him with prison unless he would agree to shut down his church and eighty-four other house churches that he oversaw. He told them, “I don’t close churches; I open them.” So early one morning under the cover of darkness, his house was surrounded by forty police, and he was taken to the local jail to await his “trial” later that morning. The verdict had already been determined, and Orson was not permitted to have any legal representation. He was sentenced to two years of hard labor.

Soon thousands of letters begin pouring into Havana from around the world calling for Orson’s release. Pope John Paul II sent a cardinal to Cuba to personally speak on his behalf to Fidel Castro. Almost twenty U.S. Senators and Congressmen wrote to Castro protesting Orson’s imprisonment. So did the presidents of France and Mexico. Orson’s case was also brought before the United Nations. Meanwhile, after working twelve hours each day in fields, Orson would preach to the other prisoners. When prisoners were healed, revival broke out in the prison. Orson had planted yet another church!

After eleven months, Orson was released and served the rest of his term under house arrest. He then immediately resumed his preaching, holding crusades that shook cities. Many miracles occurred. In the city of Moa, for example, hundreds of people witnessed a well-known young woman who had been paralyzed since birth—unable to walk or move her arms—lift her arms and begin to walk and then run for the first time in her life. Orson told me that miracle resulted in the salvation of thousands of people, and another four months in jail for him—for practicing medicine without a license. Today Moa has one of the highest percentages of Christians in Cuba, perhaps as high as 70%.

Now Orson’s church has over four-thousand members who meet in many houses all over the central Cuban city of Camaguey. The “mother church” seats only about three hundred people, and authorities will not give permission for expansion of the building.

How you helped: Heaven’s Family provided funds to assist Orson Vila’s church with its outreach to the poor, widows, the elderly and the handicapped. Orson also requested three-hundred copies, when they are printed, of the Spanish version of The Disciple-Making Minister for his pastors and cell-group leaders. Because of your help, we’ll be able to grant his request within a few months. 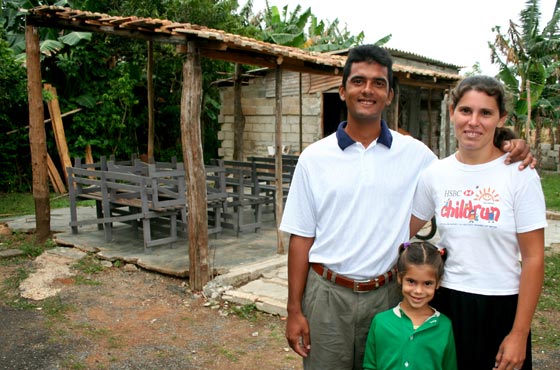 Carlos, Yuanita and daughter Isabel, standing in front of their church and two-room house.

When Carlos Hernandez and his wife Yuanita, (not their actual names) took over the mission at an impoverished village in eastern Cuba, just ten people had been attending the fledgling church. They met with immediate resistance from the local communist authorities, who destroyed the thatched chapel. But Carlos and his wife persevered and continued to love their neighbors and boldly preach the gospel. Now, just three years later, they minister to one hundred and fifty people each week, most of whom they have personally won to the Lord. And they’ve planted four new churches within a twelve-mile radius.

Carlos also built a new “church building” with a concrete floor and tiled roof (picture above) as well as a small adjoining house out of concrete blocks as the Lord provided the materials. It consists of two small rooms. One serves as a tiny bath and storeroom, and the other serves as the bedroom for themselves and their two daughters, and a partial kitchen. The tin roof is supported by tree-limb rafters. Most people living in the developed world could never comprehend such a residence, and so I made a two-minute video so you could see it for yourself in detail. You can watch the Cuban House Churches video online.

Carlos and Yuanita have discipled leaders in all five of their churches, and they are now preparing to move to a region of Cuba where there are no living churches and where loyalty to communism runs high. This is an incredibly challenging assignment, but they are full of faith in God. And it seems our visit with them was timed by the Lord (keep reading!).

How you helped: Not long ago, Carlos’ horse, his only means of transportation to the four churches he has planted, was stolen. Carlos held back tears when I gave him money to buy a new horse and supply a year’s support to sustain his family as they move to a new location to start their newest church.

I also promised that Heaven’s Family would provide funds for the purchase of a house for Carlos and his family in their new location. This is an essential component of successful church planting in Cuba, because the authorities often harass landlords who rent to house-church planters until those landlords evict their renters, which results in the closing of new churches. Owning their own home, Carlos and Yuanita will be certain to have a secure place to live, and have a place to gather believers for church services that cannot be legally closed by the authorities. I was told that they are moving to an area where housing is expensive…a house might cost as much as $1,200! 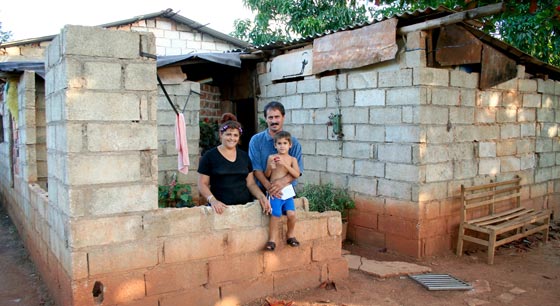 Six years ago, the pastor in the above photo and his wife drew a map that showed all 196 houses in their village, and they marked each house on the map with a spiritual designation. At that time only five houses had Christians living in them, and six had Santeria altars, a Cuban mixture of voodoo and Catholicism. Today the map shows one hundred and twenty-five houses as having Christians living in them, and there are no longer any houses with Santeria altars!

The photo above shows the pastor and his family standing in their “parsonage,” a half-finished concrete block and tin structure in which most of us living in developed nations might only house animals. Heaven’s Family (that’s you!) has provided $1,100 that they need to complete their residence and make it more adequate for living. 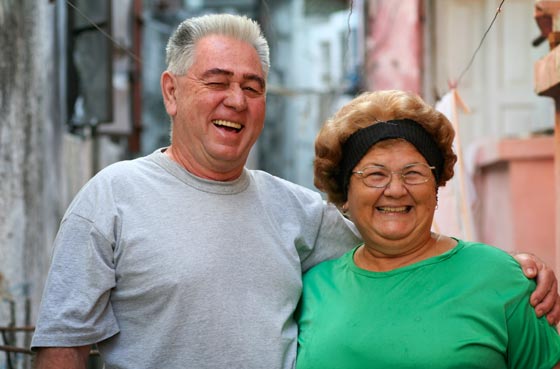 The above church elder and his wife attended our underground pastors’ conference eighteen months ago and have been studying a copy-machine version of The Disciple-Making Minister. They have since started a cell group in their home and now have forty people squeezing into their living room each week. They told me that they intend to knock down a wall in their house to expand their living room, and they intend to start a second group in another neighborhood! 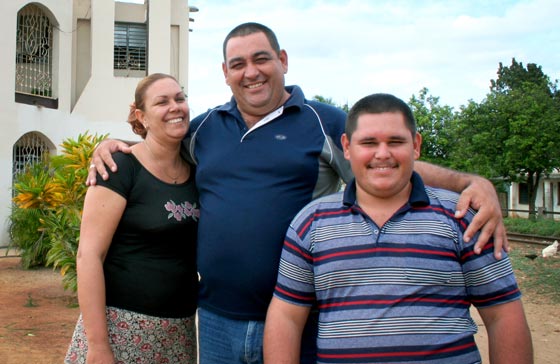 This pastor (pictured above with his wife and their baby boy) told me that his church has grown by 140 adults in the past nine months. In response to his prayer, a high-level communist official in his town—who had been released from his job and sent home to die because of terminal cancer—was completely healed! As a result, that official and his entire family have received the Lord Jesus. And everyone in the city knows about the miracle. 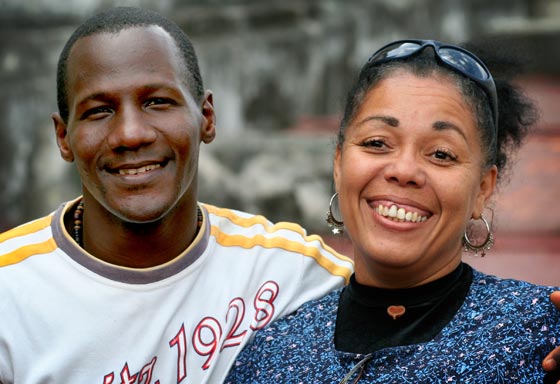 This couple runs a street mission that reaches out to drug addicts, alcoholics, prostitutes and street people. I have never met people with so much faith in my life. Right now they have seventeen other people living in their “house,” a dilapidated city building that is like all the crumbling buildings in Cuba that have had no maintenance in fifty years. But lives are being changed there, and Heaven’s Family has been helping them since 2005. They were overjoyed to receive our gift of $1,000, the largest donation their ministry has ever received. View the Cuban Drug Rehab Center video which is a two-minute video about their work there.

We helped many other Cuban church-planters with small gifts (small by our standards, but large by Cuban standards). My heart was deeply touched every day as we spent time listening to the stories of devoted and joyful followers of Jesus who are living in one of the poorest nations in the Western Hemisphere. They live in a country that holds political prisoners, has no multiparty elections, allows little private ownership, has no free press, and discriminates against Christians. How blessed we are to live in nations that guarantee us freedom of religion, allowing us to obey our Lord Jesus, who commanded us to love our brothers and sisters by meeting their pressing needs, even in Cuba.

P.S. They sure make cute kids in Cuba! Below are a few of them. Thanks again for making our Cuban ministry possible. 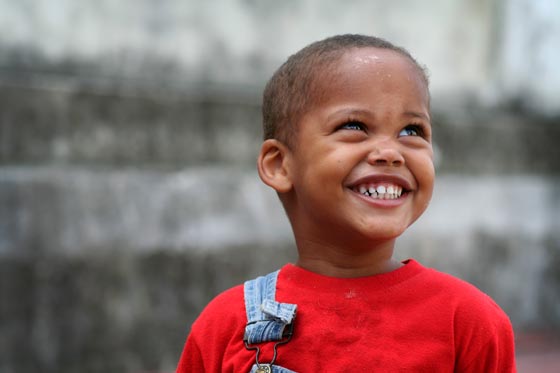 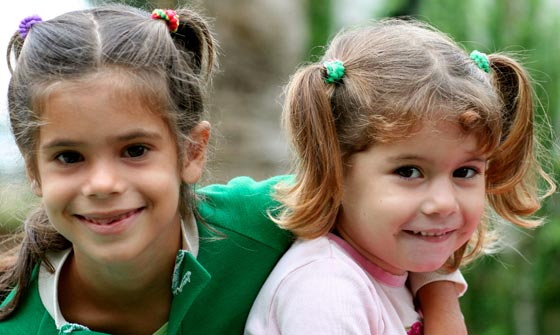 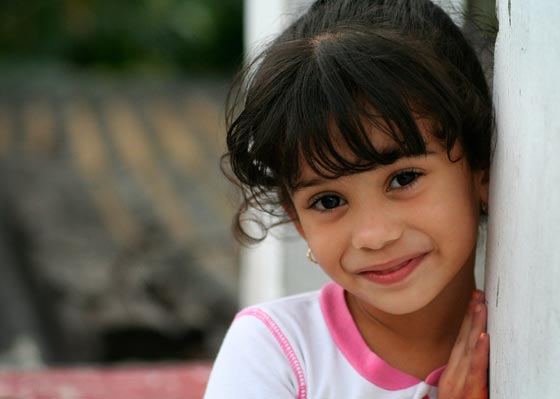 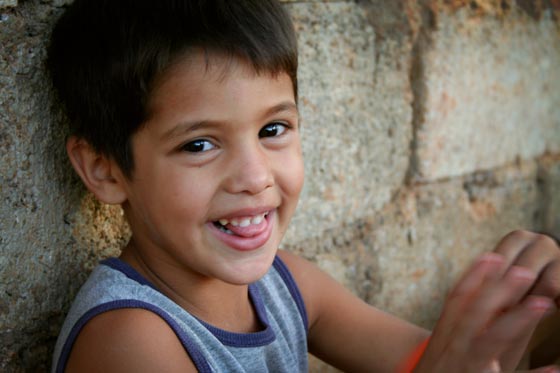 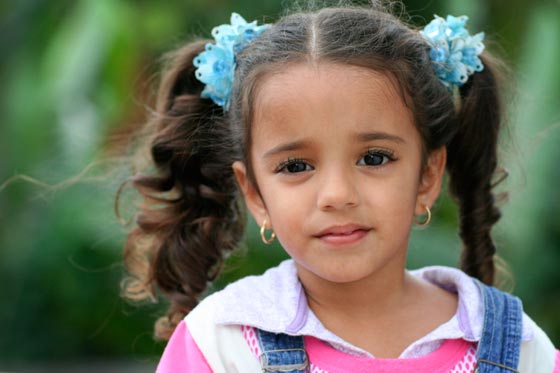 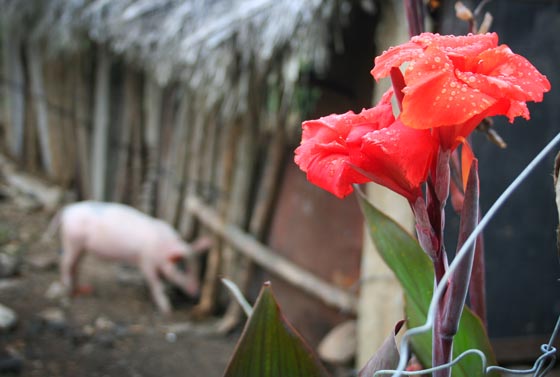