Driven From Their Homes

According to the UN refugee agency reporting, for the first time since post-World War II, over 50 million people have been forcibly displaced worldwide. This number reflects people who are refugees, asylum seekers and internally displaced people.

Refugees are people who have fled their country of origin because of natural disasters, war or persecution; albeit political, religious or race.

Asylum seekers are usually individuals who have filed for relocation to a third country because to return to the country of their origin would mean death or great persecution for them and their family.

IDPs (internally displaced people) are people who have fled their homes and villages/cities as a result of war, natural disaster or persecution; and are displaced within their country of origin.

With over 50 million people displaced, this is a massive problem; and one in which the church of Jesus Christ must address! Displaced people represent families, widows, orphans, grandmothers, grandfathers, infants, disabled, handicapped, sick and diseased. About 80% of these people are women and children. All precious in His sight. And many of these suffering people are our own brothers and sisters in Christ. When we help fellow believers who are suffering as refugees, we are literally helping Jesus, who will one day say, “I was hungry… I was thirsty… I was naked…I was sick… I was a foreigner… and you loved Me.”

A woman and her young son in an IDP camp in Goma, DR Congo

We help displaced people with immediate relief by providing them with basic needs such as food, medicine, shelter, blankets and in some cases heating stoves. But the ultimate goal is to restore hope and help them rebuild their lives and become self sufficient.

In the case of refugees who do not know Jesus, we partner with on-site ministries, whose aid is coupled with the gospel, in hopes that their hearts will be softened by Christ’s love in the mist of their hardships.

Currently, we are serving the “least of these” inside of Syria, Lebanon, Iraq, Jordan, DR Congo, India and Kenya. And we represent the compassionate hearts of caring followers of Jesus.

A simple gift can help meet the pressing needs of our Christian brothers and sisters displaced by war or famine, as well as share the love of Christ with unsaved refugees. 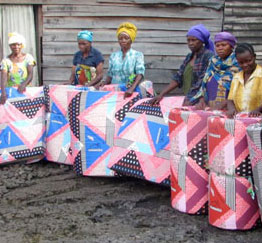 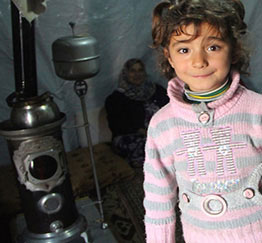 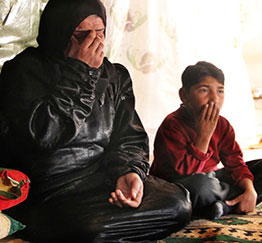 A gift of $5,000 can provide food and hygiene kits to sustain 100 Syrian refugee families for 1 month