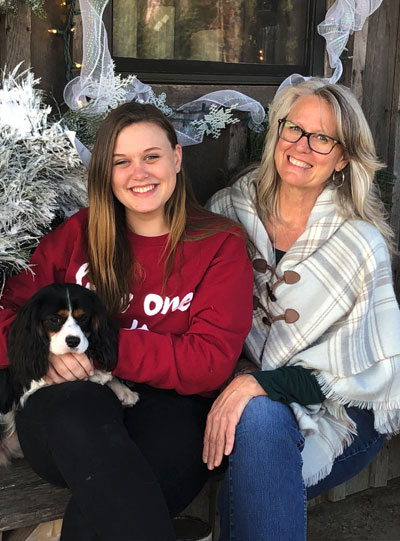 I first became acquainted with Heaven’s Family founder David Servant and his daughter, Elisabeth, around 2010 while he was attending a conference here in Tennessee where I live. My teenage daughters became fast friends with Elisabeth and still remain so. Little did I know, 10 years later, that I would have the privilege of serving as the Widows & Abandoned Women Ministry director beginning in January of 2019.

I surrendered my life to Christ in 1989 around the birth of my second son, Ezra. I have spent the last 30 years serving Christ in my community and homeschooling all eight of my children. After the unexpected death of my husband Jeremiah in late 2016, my youngest daughter Katie and I decided to travel to Kenya, Africa in October of 2018 for a three-month stay to spend time with missionary friends Dave and Cyndy Taylor of Stonehouse Ministries. While there I became aware that my friends had partnered with a few of Heaven’s Family’s different ministries to help the people they were serving. Heaven’s Family provided money for medical needs and surgeries, and also established a bore hole and well for the community there, among other things.

One bright morning in January, my friend noticed a post on Facebook from David Servant that said Heaven’s Family was looking for a director for the Widows & Abandoned Women Ministry. I knew in that moment God had sent that message directly to me. I felt so much hope at the thought of the opportunity to serve God and these ladies through my own loss and need.

I am eternally grateful to God to be able to share in the sufferings with all the women in the different developing countries we serve in. Giving them hope and sharing God’s love through the donors and the partners of Heaven’s Family is such a fulfilling privilege. I continue to look forward to God’s healing for all of the hurting, cast out and destitute women, as I am also healed through them.

Stitching a life back together