Out of My Comfort Zone

The Human Trafficking Fund at Work in Thailand 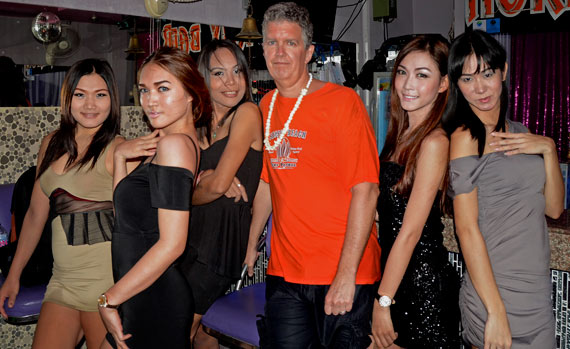 I was not prepared for what I was seeing.

Sitting silently on elevated tiers of benches, about 50 young women sat under glaring lights. Like items to be auctioned, they were all marked with white badges emblazoned with black numbers. Each was dressed seductively. Some shifted nervously.

Beyond the reach of the lights, men sat at shadowed lounge tables, appraising the numbered choices before them. Once they’d made their comparisons, they would rise to pay for the “merchandise” they’d selected.

I was visiting two Heaven’s Family partners, missionaries “Jack” and “Jaidee,” who serve on the front lines of the battle against human trafficking and their city’s sex industry. They wanted me to see the depths of depravity that they combat every day with the power of God’s love.

We didn’t stay long, and I felt relieved when we left the building, even though the exit returned us to the sense-shocking streets of Pattaya, one of Thailand’s sex-tourist Meccas, where Las Vegas-style neon lights beckon the sin-seeking.

When the sun sets in Pattaya, the thin façade of respectability that cloaks the city is pulled back to reveal the dark undercurrent of its primary industry. It is a city filled with foreign tourists—mostly middle-aged men—where any perverse indulgence can be satisfied, and where the bodies—and souls—of women, men and children are up for sale.

Pattaya is a jewel on the ocean during the day, but the city’s main economy really gets started after the sun sets

During my days with them, Jack and Jaidee introduced me to many of the women whom they serve, from those whom they’ve helped to rescue to those whom they are hoping to rescue. It always begins by building relationships and earning trust, which can lead to the opening of hearts. Their work requires that they go where women work in Pattaya’s sex industry, from beer gardens and karaoke bars to high-priced “massage” parlors like the one we had just briefly visited.

Not all the women whom Jack and Jaidee serve are actually women. They introduced me to a number of their transgender contacts. In Southeast Asia, young men are often raised as “lady boys” by parents who intentionally feminize them in order to meet the demand of tourists’ various perverse appetites. One whom I met, named Monica, had undergone sex-change surgery many years ago, but had found Jesus through a ministry where Jack and Jaidee serve. What has been done to her body cannot be reversed, and Monica, who is now telling others about Jesus, has committed herself to celibacy. 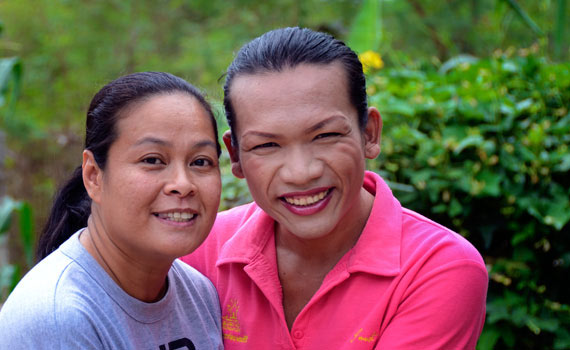 Glory Hut Foundation was started by Ponsawan (at center with flower-print shirt) to provide a refuge for former sex workers with HIV. This photo contains residents and staff of Glory Hut, as well as Jack, Jaidee, and three of their own children at right.

I have to admit that I was out of my comfort zone meeting with women who were originally men, and certainly with those who have become believers, having never before encountered anyone like them. But after spending time getting to know them as people, I’m now glad to call some of them my friends.

My heart was especially touched as I heard so many of them refer to Jaidee as “Mom,” and I couldn’t help but wonder if she was the first one to ever truly love them. When Jaidee talks about her girls, tears often flow. It was obvious that the women, regardless of their sexual origin, are not “projects” for Jaidee and Jack to publicize in a ministry periodical, but people whom they care about, people for whom Jesus gave His life.

Jesus’ love knows no boundaries, no prejudices. He died for sinners, which includes all of us. And He’s looking for people like Jack and Jaidee to love those who are trapped in the deepest darkness. Thanks to those who partner with them through gifts to our Human Trafficking Fund, Jesus is walking the streets of Pattaya, loving sinners and calling them to Himself.

While in Pattaya I also visited the Glory Hut Foundation, a home for women, men and transgender individuals suffering with HIV. All of them were once employed in the city’s sex-tourism industry and now face death as a result. Jaidee and Jack invest time there each week, showing the love of Jesus and discipling those who’ve given their lives to Him. Monica is one of them. She nearly died from HIV but now lives free from its effects after she gave her heart to Jesus, and she lives a celibate lifestyle while attending school to become a nurse’s aide. Glory Hut desperately needs to add a simple wing to hold more beds. We hope to provide the $3,000 that is needed. To watch a five-minute video of Monica’s testimony, click here. 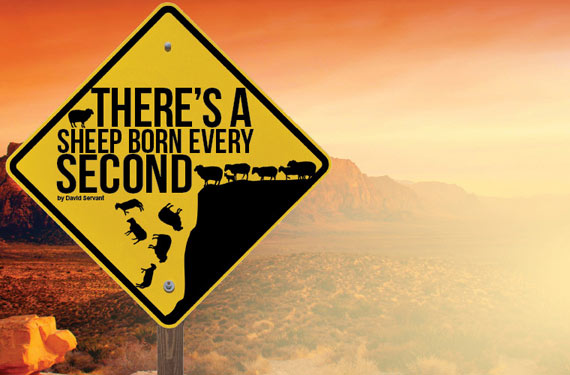