How can people in strict Muslim countries hear about Jesus? 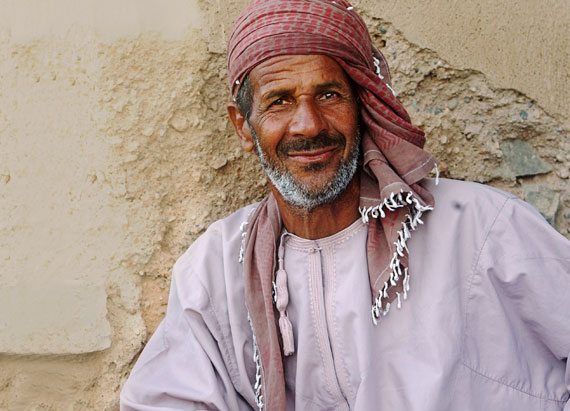 *For security purposes, all names in this story have been changed and a stock photo has been used to represent Ahmad

Ahmad* woke with tears flowing down his cheeks. A man whom he hated had appeared to him in a dream. That man told Ahmad, “I still love you.”

Ahmad is a member of the Jabali, an ethnic group of about 25,000 souls who reside in a mountainous area of Oman on the Arabian Peninsula. Until recently, there were no known Christian believers among them. Isolated within a strict Muslim nation, the Jabali have been virtually impossible to reach with the gospel. Nothing, however, is impossible with God, who is the Great Evangelist.

All his life, Ahmad did his best to suppress any doubts he had about Islam. But each time another report of terrorism made headlines, Ahmad wrestled with questions about the book that spawned such evil. Was Mohammed really sent from God? Is this how God wants His people to behave?

So Ahmad secretly began a spiritual search for truth that led him to discover the Bible on the internet. As he read the Scriptures for the first time in his life, comparing them with the Qur’an, he came to the conclusion that Mohammed promoted war and revenge, while Jesus promoted love and peace. The latter message resonated within his conscience.

A battle consequently ensued between Ahmad’s heart and his mind—a mind steeped in Islamic teaching and the falsehoods he’d been taught all his life about Christianity. Not knowing what to do, Ahmad prayed desperately to God, asking that the truth be revealed to him.

It was a few days later that he experienced a vivid dream in which Jesus appeared to him. He told Ahmad, “I am the truth and the light,” to which Ahmad replied in his dream, “But I don’t believe in you, and I hate you!” Jesus gently answered, “I still love you.” And then Ahmad awoke, wet with tears and deeply disturbed.

Ahmad returned to secretly reading the Bible via the internet, and as he did, he became more convinced that he was reading the truth. Gathering his courage, he called a friend in Oman’s capital in whom he knew he could confide, a man who ultimately put him in touch with a foreigner living there named Babak*, who happens to also be a friend of Heaven’s Family. After a series of meetings at which his lingering questions were all answered, Ahmad surrendered his life to Jesus, becoming the first Jabali Christian. Babak gave him a Bible, which he began devouring.

Babak told us that it was not long afterwards when Ahmad’s 29-year-old son journeyed to the capital to visit him. Babak confessed that he was afraid that Ahmad’s son was going to angrily confront him for influencing his father to become an apostate infidel. To his surprise, however, Ahmad’s son requested a Bible, telling Babak that his father was reading his own copy so much that he would only allow him to read it for short periods! Babak believes that it won’t be long before some of the other 25 members of Ahmad’s extended family join God’s extended family!

Because of my work with unreached people groups, I know how difficult it is to reach people who have never been exposed to the gospel, so it is my joy to share this incredible story of how God reached Ahmad. Ahmad’s dream of Jesus is not so unusual in that part of the world, however, where it’s reported that 25% of Muslim converts come to faith in Christ through dreams and visions. Through your investments in our Unreached People Groups Fund, you can help spread the gospel to parts of the world where it is not yet known. Heaven’s Family is strategically reaching out to the Jabali people by funding distribution of audio gospel recordings in the Jabali’s native language.