The Limits of God’s Grace

Perhaps no biblical story better illustrates the grace that God offers—the true grace—than that of Jesus’ encounter with the woman who was caught in the act of adultery. Bringing her before Jesus, the scribes and Pharisees reminded Him that, according to the Law of Moses, she deserved to be stoned. In that regard they were correct:

The scribes and Pharisees erred, however, by at least two other measures.

First, they obviously failed to consider their own worthiness to pass judgment. Jesus revealed Heaven’s perspective: There stood a group of sinners about to stone a woman caught in a sin they had probably done or dreamed of doing themselves. They were hypocrites, and they slowly slipped away after Jesus said His famous words, “He who is without sin among you, let him be the first to throw a stone at her (John 8:7).

Their second error was this: They left no room for the grace of God, a grace that Jesus modeled before them. From watching Him, we learn that the God who decrees laws and penalties also reserves the right to mercifully grant lawbreakers time to repent—and to forgive those who do repent.

That, of course, is just what Jesus did. He did not cast a stone. Rather, He extended grace. He certainly didn’t let her off the hook because she deserved or earned it. No, she was literally “saved by grace.”

But how much grace did Jesus actually offer her? Was it unlimited and eternal? More specifically, did Jesus grant her a license to continue sinning?

Clearly He did not, as He said to her, “From now on sin no more” (John 8:11). That was a warning. It was just another way of saying, “Repent,” something Jesus told everyone to do if they wanted to avoid ultimately perishing (see Luke 13:3-5).

Had that adulteress not repented, at death she would have encountered a Jesus who was not so merciful. Scripture plainly declares, “Do not be deceived; neither fornicators, not idolaters, nor adulterers…shall inherit the kingdom of God” (1 Cor 6:9-10). She would have been condemned to hell.

Clearly, the grace Jesus offered her was not forgiveness coupled with a license to sin. Rather, it was a temporary opportunity to repent of sin before she died and was condemned.

Biblical grace is anything but a license to sin. For example, Jude warned of the heretics of his day who were “turning the grace of God into licentiousness” (Jude 1:4). Those heretics, like their counterparts today, portray God’s grace in such a way that leads people to think they can continue sinning with impunity.

Similarly, Paul wrote, “For the grace of God has appeared…instructing us to deny ungodliness and worldly desires and to live sensibly, righteously and godly in the present age (Titus 2:11-12). Biblical grace leads us into holiness.

Have you ever been granted grace by a policeman, for example, who pulled you over for going over the speed limit, but who let you off without giving you a ticket? If so, you experienced grace. But what would have happened if you had thanked him, spun your tires, and took off speeding down the highway singing “Amazing Grace?” You would have quickly discovered that policeman’s grace was not only amazing, but also very limited!

The grace that Jesus extended to the woman caught in adultery shouldn’t surprise us too much, as he did nothing for her that He isn’t currently doing for every person living on our planet. Everyone has been “caught in the act” by Jesus, and He is extending the same temporary grace to everyone that He extended to her. God’s moral law demands death for our sin, but Jesus mercifully allows us time and opportunity to repent. Once we exhaust that allotted time, our “grace period” is over.

If, however, we repent during that grace period, Jesus graciously forgives all our sins and causes us to be born again. From that point on we can only rightfully say that we’ve been “saved by grace,” and we can never boast that we have been “saved by our works,” even if we never sin again.

God’s grace carries with it other limitations. Scripture declares, “God is opposed to the proud, but gives grace to the humble” (Jas. 4:6). Although God is graciously offering forgiveness of sins to everyone, only those who humble themselves in repentance actually receive His gracious forgiveness. This is true for both unbelievers and believers who need forgiveness.

God’s grace has been so perverted, however, that today some go so far as to teach that Christians need never ask forgiveness when they sin because Jesus has already forgiven them of all their sins, past, present and future. This is a tragic misconception in light of what Scripture teaches (see Matt. 6:12-15; 1 John 1:9).

One very popular evangelical teacher even uses the story of the Prodigal Son to make this erroneous point, showing how the prodigal’s father ran to him, embraced and kissed him even before he could make his confession. The prodigal son, however, had already repented, and his return home and his rehearsed confession were proof of that. How would his father have responded if he had returned in a drunken stupor with a woman in each arm, asking for more money? Surely there would have been no party.

This understanding of biblical grace refutes the false idea that if there is any condition attached to the granting of mercy, it is not of grace but of works (as some claim). That is nonsense, because, as we just read, Scripture clearly states that God gives grace to people who meet a condition—that of humbling themselves. God’s saving and eternal grace is very conditional—upon humble repentance and a living and continuing faith in the Lord Jesus Christ.

The very concept of grace implies that there has been a falling short of expectations, otherwise grace is meaningless. But grace doesn’t mitigate the ultimate expectations. Grace offers another opportunity to meet the expectations. The policeman doesn’t say to the motorist caught speeding, “O.K. buddy, I’m going to show you some grace…so now go ahead and speed all you want!” That, however, is how God’s grace is portrayed within many evangelical circles today.

We are told that, even as Christians, we all sin hundreds of times each day in thought, word and deed, but that God’s grace somehow covers our wickedness. And if you claim that you are not in that category of one who commits hundreds of sins every day, you are accused of being prideful, in spite of the fact that Scripture states that those who practice sin will not inherit God’s kingdom. (And it would seem that hundreds of daily sins could be considered “practicing” sin.)

We are told that there is no possibility of any Christian forfeiting salvation, even if he becomes an unbeliever, because salvation is all of grace! We are told that holiness has nothing to do with inheriting eternal life, because salvation is all of grace. We hear of a special category of alleged believers called “carnal Christians,” who are going to heaven but who are indistinguishable from unbelievers. The promoters of these doctrines must murder hundreds of scriptures to keep alive their twisted interpretation of a few.

Understanding biblical grace, however, we no longer need to twist what Jesus once said so plainly, “If you wish to enter life, keep the commandments” (Matt. 19:17), as He responded to a man who asked Him what he must do to obtain eternal life.

Nor do we need some complex explanation why Jesus told a lawyer, “Do this and you will live” (Luke 10:28) when that lawyer also asked Him, “What shall I do to inherit eternal life?” and then quoted the two greatest commandments.

Obedience, born of faith, is not legalism; it is the only proper response to the kind of grace that God is offering. This is precisely why Jesus said to all His followers, “Not everyone who says to Me, ‘Lord, Lord,’ will enter the kingdom of heaven, but he who does the will of My Father who is in heaven” (Matt. 7:21).

This is also why the apostles always called people to repent when they proclaimed the gospel as recorded in the book of Acts.

This is why Paul wrote that God will give eternal life to those who persevere in doing good (see Rom. 2:7).

This is why John wrote, “By this we know that we have come to know Him, if we keep His commandments” (1 John 2:3) and why the author of the book of Hebrews penned, “Follow peace with all men, and holiness, without which no man shall see the Lord” (Heb. 12:14).

All of these scriptures and many more like them prove beyond any shadow of doubt that God’s grace does not mitigate the necessity of repentance and ongoing holiness to enter the kingdom of heaven.

The greatest tragedy today is that so many are trusting in a grace that God has never offered to anyone. We are indeed saved by grace—but it is a grace that offers us an opportunity to repent and become committed disciples who love God with all our hearts and keep His commandments. God’s grace forgives and transforms those who truly believe in the Lord Jesus Christ. 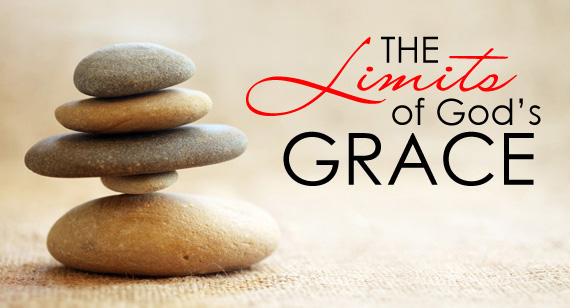