A Note from David

Did you know that 1 out of every 6 people in the world lives in India? That’s 1.2 billion people, almost 4 times the population of the U.S.

If the Indian state of Maharashtra was a country, it would be the 11th most populous in the world, ahead of Mexico, the Philippines, Vietnam and Germany.

So it is no surprise that within 11 years, India will become the world’s most populous nation, surging ahead of China.

Most demographics fail to mention, however, that India’s masses consist of people created in God’s image for whom Jesus died. Yet 97% of Indians make no profession of faith in Him. Most are Hindu or Muslim.

Many Indians are desperately poor. The World Bank estimated that 400 million of India’s people live on less than $1.25 per day.

I’m happy to report that Heaven’s Family has been serving in India since we began 12 years ago. This special pictorial issue of our monthly magazine highlights a few of the ways we’re making a difference through your compassion and our various Focused Funds. I hope you enjoy the photos and captions. Rejoice with us for all that God is doing! — David 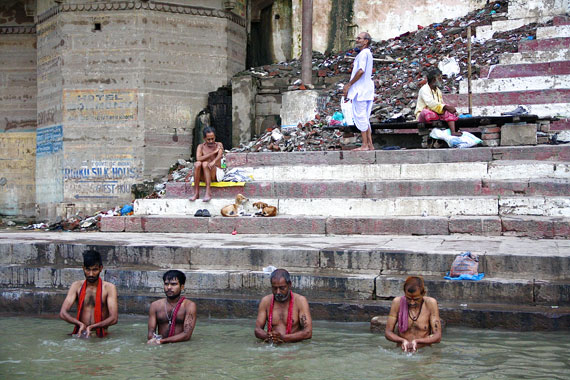 Hoping for forgiveness: Hindus believe that bathing in the Ganges River remits sin. Just after I took this photo along the Ganges near the holy city of Varanasi, the small boat in which I was riding passed a floating human corpse. 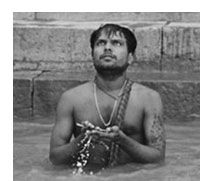 Besides bodies, the city of Varanasi also dumps into the Ganges millions of gallons of human sewage each day, adding to the human and industrial waste from other cities that line its banks, making the Ganges one of the world’s most polluted rivers. Yet each year millions of Hindu pilgrims drink a few drops of Ganges water, and many fill bottles to take home with them to share with those who could not make the journey. Not surprisingly, gallbladder cancer rates among those who live along its course are the second highest in the world.

The 21 Focused Funds of Heaven's Family

We’re here to serve you as you serve the “least of these” among our spiritual family, not just in India, but around the world. To that end, our staff administrates 21 Focused Funds so that you can target those whom the Lord lays on your heart. For more details visit HeavensFamily.org/focused-funds.