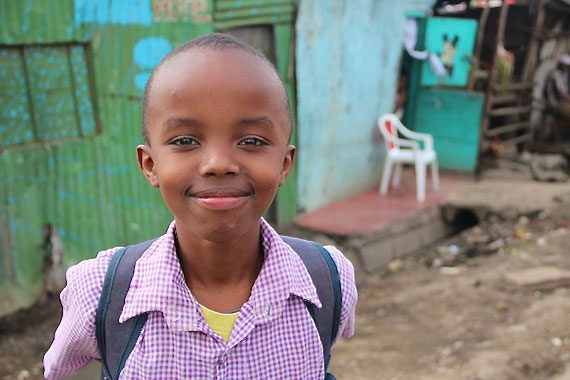 Mathare is Nairobi’s second-largest slum, whose half-million cramped residents live on the lowest rung of Kenya’s economic ladder. Heaven’s Family is working there because our partner, amazing American missionary Glenn Roseberry, and some Kenyan brothers with whom he works, have planted 12 house churches there. We’ve been helping Glenn’s poor house church saints with Bibles (from our Bibles for Believers Fund) and small business grants (from our Widows & Abandoned Women Fund). They have been, among other things, manufacturing soap, sewing school uniforms, and selling soap. A few of Glenn’s Kenyan brothers also run a Christian primary school in Mathare that serves 400 children.

There is no way to fully describe the living conditions in Mathare or the depth of residents’ poverty. You have to walk among the rusted tin shacks and smell the pervasive stench from open sewage and rotting garbage. My photos actually make Mathare look much better than it is. Nevertheless, below are a few shots of our visit this afternoon along with some explanatory captions. 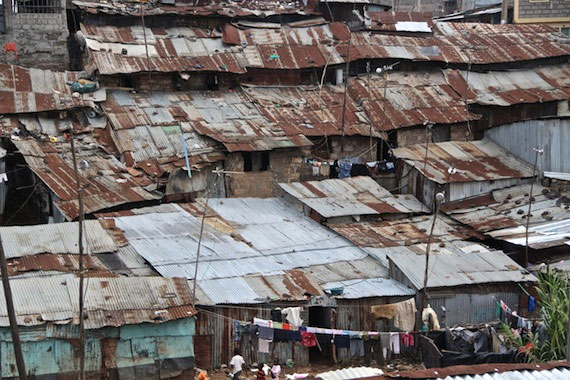 A hill-side view of typical Mathare family dwellings, of which there could easily be as many as 30 in this photo 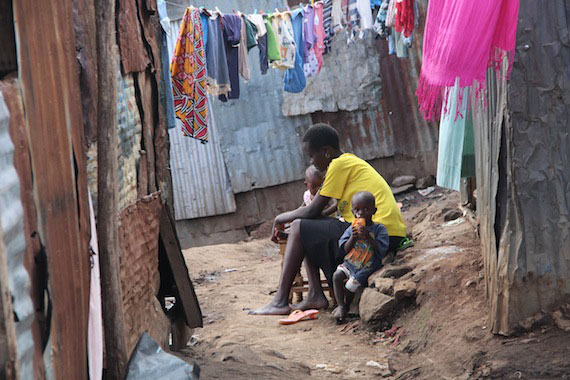 Mathare has some streets, but mostly consists of very narrow dirt alleys 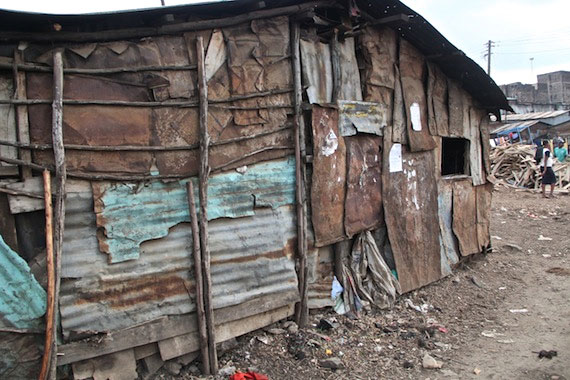 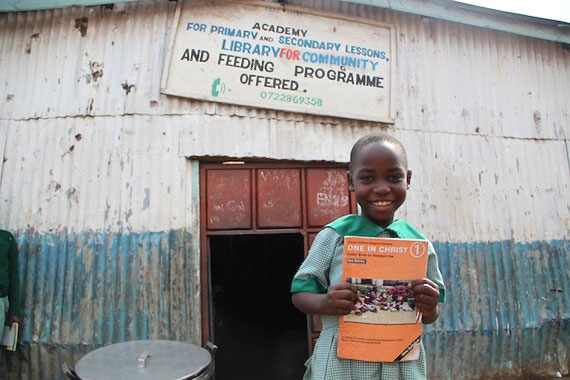 This photo shows the exterior of the primary school administrated by some of Glenn Roseberry’s Kenyan Christian brothers. Each grade has 2 textbooks per subject, one for the teacher and one for the entire grade of children. Team member CJ McDaniel, who directs our Education Fund, hopes to fund more. 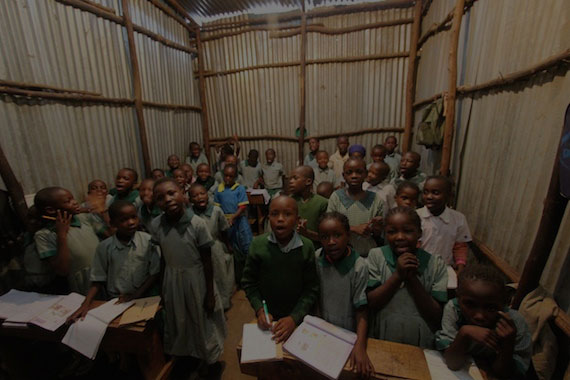 This is an interior shot of one of about 8 classrooms at the primary school, all stuffed with children. There is no ventilation. It was actually this dark inside the classrooms, as the only illumination came from soda bottle skylights (see next photo). 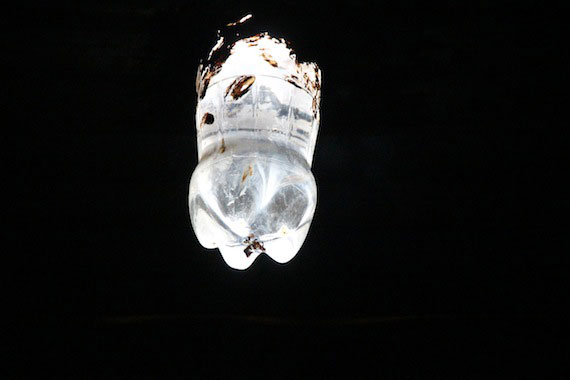 A water-filled soda bottle, partially suspended through a hole in a tin roof, is a rather ingenious means of inexpensive illumination 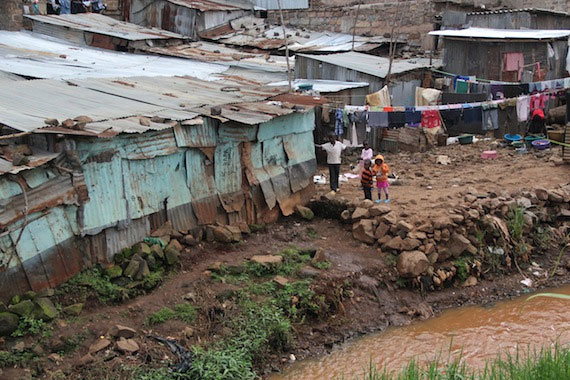 Another typical view in Mathare, this one along the Mathare River 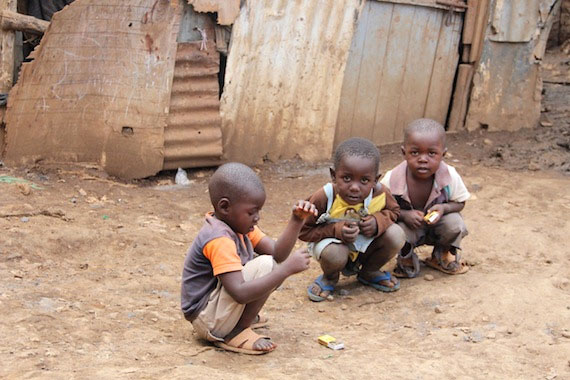 The children of Mathare are as happy as any kids in the world, seemingly oblivious to their poverty 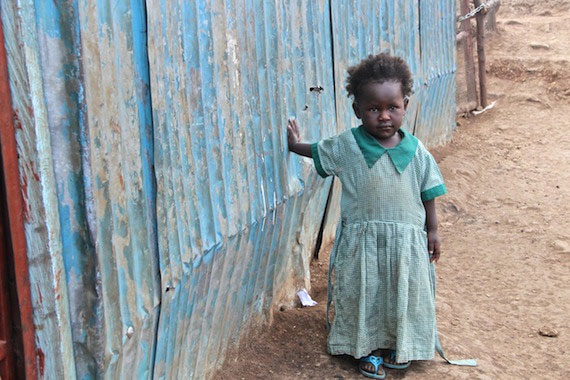 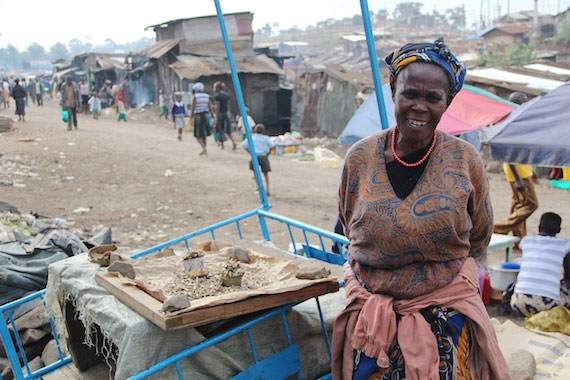 This is a Christian sister whom Heaven’s Family helped through our Widows & Abandoned Women Fund by providing her with a wheeled cart from which to sell her goods, and with which she can secure her goods from thieves at night. 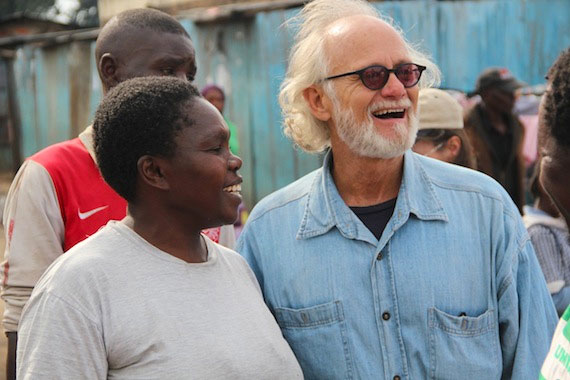 Our joy-filled friend, missionary Glenn Roseberry, with Pamela, a Mathare resident who formerly brewed alcohol for profit, but who abandoned her trade to follow Jesus. Through a grant from Heaven’s Family, she and another sister named Maria now run a thriving business in Mathare selling fish. 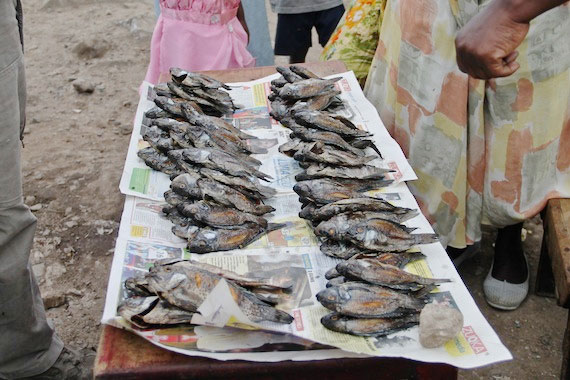