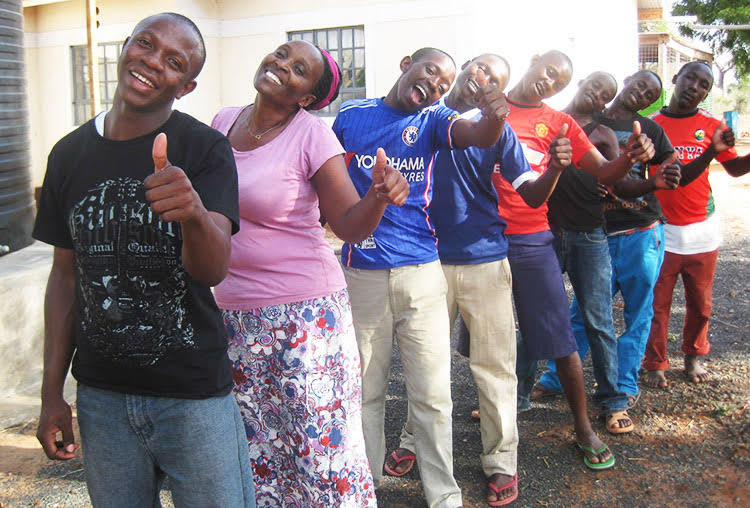 Samuel (in front) with Patricia, who serves as “house mother” for the 10 boys living at Philemon House (6 of whom are in this photo)

You can take a young boy off the street, but can you take the street out of a boy?

Stealing food was a basic instinct for young Samuel—he had to survive. He had no mother, no home, and, like his father, lived on the crowded streets of Nairobi, the capital city of Kenya.

The future looked hopeless for Samuel, and it became even bleaker when he was eventually caught and imprisoned at the Shikusa Juvenile Centre. Over the next 3 years, he continually worried about the day of his release. Where will I go? he thought. How can I survive without stealing…and how can I steal without being caught again?

But on the day of his release, Samuel was told by a prison official that, instead of being kicked back out on the streets, he would be cared for by a man who would love and mentor him. That man was Kelvin, a Prison & Rehab Ministry ministry partner in Kenya who started Philemon House, a residential facility for juveniles that has gained much favor with the government.

Like Samuel, Kelvin grew up on the streets and had served a 7-year sentence for stealing food in order to survive. But while in prison, Kelvin was radically saved and was shown incredible kindness by a parole officer, who helped him get a job in carpentry and a modest place to live upon his release. Kelvin resolved that it would be his life’s endeavor to pay forward the kindness that had been shown him, and so Philemon House was born.

Along with providing shelter, education and vocational training—for 20 juveniles now—Kelvin also feeds the spirits and souls of these young men who once seemed destined for failure. Samuel was one of them. This young man particularly captured our hearts by his earnest demeanor and infectious spirit of gratitude, both to God and to those who have endeavored to help him. Since our meeting and learning of his story, we have kept him in our prayers, and in January we answered a plea for help to pay for his continued education. Here’s a recent update from Kelvin, telling of “Samuel’s shining progress”:

Samuel is a very happy boy in Christ after he got your sponsorship: he has joined the school Christian Union and the school has made him the class prefect, growing in the Word and also being seen as a leader. 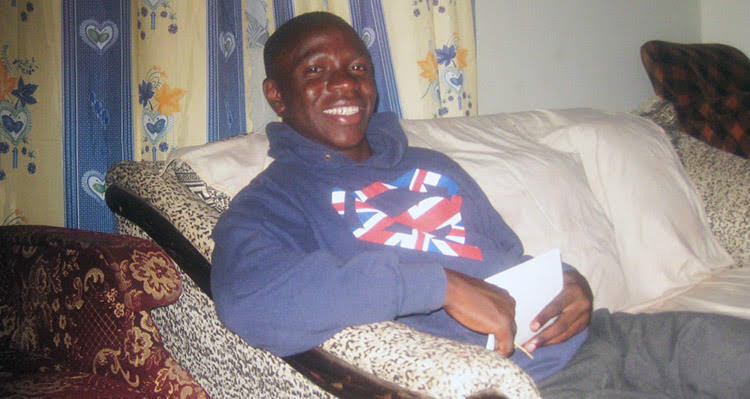 Samuel, off the streets and on break from school, recently paid a visit to Philemon House

The Prison & Rehab Ministry is also working with Awana Lifeline to help Kelvin implement the Malachi Dads Program in the prisons of Kenya, re-uniting incarcerated fathers with their children. These godly partnerships are redeeming the lives of broken and hopeless souls formerly bent on crime, to now redeemed and focused on restoring their families and becoming active participants in their communities. Samuel and the many ex-offenders who are now “shining” in Christ are most grateful for the generosity of those who give to support this ministry.

The director of the Prison & Rehab Ministry had the opportunity to give a short presentation at Heaven’s Family’s 2017 Annual Staff Conference in February, in which he explained some of the exciting ways we’re advancing Jesus’ kingdom around the globe in 2017. Please watch!

Prison & Rehab Ministry
Not the Israel I Expected