The Face of Revenge [A Disabilities Ministry Blog]

The Face of Revenge [A Disabilities Ministry Blog] 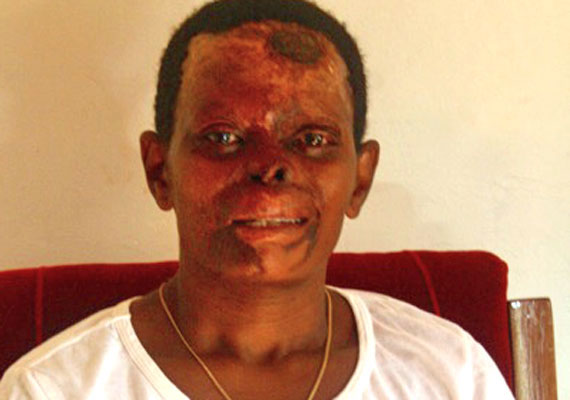 Jamida, a woman who’s glorifying God with her life

The Face of Revenge

Jamida had a bright future—she was young, beautiful and looked forward to a promising nursing career. The 18-year-old Ugandan was also engaged to be married, but her Islamic parents adamantly refused to let her marry a man who was not a Muslim. Jamida broke the sad news to her fiancé.

The man did not take the disappointment well. His anger soon kindled a deranged desire for revenge. If he couldn’t have her, then no one would! Knowing the route she walked regularly from nursing class, the jilted lover arranged for someone to secretly approach her and splash strong acid into her face. The vicious attack put Jamida in the hospital to recover from severe burns to her face and scalp—and deal with the emotional scars. How could he have done this?

That’s what I asked myself as I sat listening to Jamida’s story. How can a person do such a monstrous act against someone they said they loved?

Jamida continued, telling me how hopeless she felt—How could I face another tomorrow with my face like this? A look in the mirror was like reliving the attack all over again. That began to change when she joined an acid survivor support group led by Victoria Namusisi, a very dear Heaven’s Family partner. Victoria is an awesome woman of God, and she poured the love of Jesus into Jamida. Gradually, a scarred but beautiful smile began reemerging on her face, and she gave her heart to the Lord.

Through the love of Victoria and the support group, Jamida no longer feels embarrassed at her appearance, and has even married. Now 30, Jamida is the mother of 5. She also runs a second-hand clothing shop out of her home to earn extra income.

In addition to her entrepreneurial skills, Jamida volunteers her time comforting other victims of acid attacks, many times during their initial recovery time in the hospital. She’s also become an advocate and spokesperson for other survivors.

I’m so encouraged to learn from this dear woman how she meets her challenges head-on! She has even helped me deal with the disability that has kept me out of the cockpit as an airline pilot. I have often quoted John 9:2-3—”Rabbi, who sinned, this man or his parents, that he was born blind?” “Neither this man nor his parents sinned,” said Jesus, “but this happened so that the work of God might be displayed in his life”—a scripture that continues to encourage me in my own disability, as minor as it compared to Jamida’s. 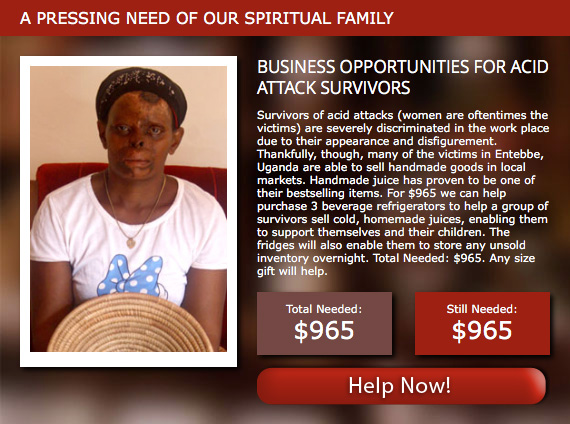