UPDATE: This morning another major earthquake struck Nepal at 7.4 on the Richter scale. Heaven’s Family is continuing to respond to the many needs there. Jeff has safely returned and we believe our partners there are safe. 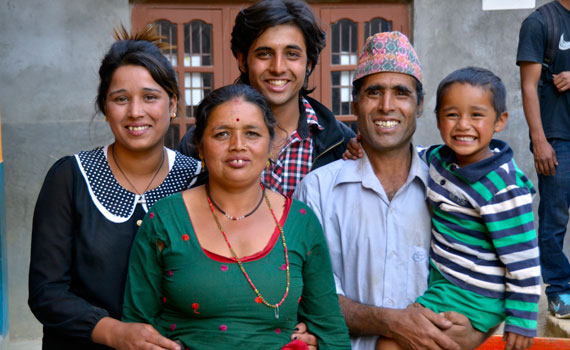 A Hindu family that’s learning about Jesus through the words and actions of a Christian school, of which the tall son in the back is a graduate

What good can come from a violent, destructive earthquake?

Disaster = Opportunity. Disasters are always unwelcome due to the acute suffering they cause, but they can also open many hearts wide to God’s message of hope. As followers of Jesus, we must be quick to respond to such opportunities.

As I travel around Nepal this week I see not just collapsed buildings (click here to see photos in my first blog), but also collapsed walls. They’re everywhere. Tragically, I heard of a couple of people—one a child—who were killed by falling walls. But I am also reminded of how disasters knock down other walls—the tough walls around people’s hearts.

Sometimes those walls don’t come down all at once, but are weakened over time by events such as these—or by the love unconditionally shown to them by followers of Jesus, especially during times of crisis. And today I felt great joy to be part of that process in one village just outside the capital city of Kathmandu.

Amit and Indani Pradhan operate a private Christian school in the area, and in addition to tuition-paying families they also accept children from poor families who cannot afford schooling. Many of the families are Hindu, but tolerate their children learning about Jesus because they want them to receive an education. Amit and Indani know, however, that hearts are not won quickly, so they have patiently sown the truth into the lives of hundreds of students over the years, much like the farmers in their community sow wheat, corn and other vegetables on the terraced hills surrounding their village. Not all come to faith in Christ, but they all learn about him, and it’s the hope of this couple that one day their patient “farming” will bear fruit.

At left, Amit Pradhan and his wife, Indani, the school’s principal; at right, the terraced hills farmed by the community surrounding the school

So today I happily agreed to provide Heaven’s Family-funded aid to this community—most of whom now must rebuild their shattered homes—by using the school as a base of distribution. Whenever possible, we help local ministries build favor with those they seek to reach with the gospel, rather than bring glory to the ministry of Heaven’s Family or attention to me as one they assume is a rich foreigner.

Dozens of families poured through the school’s gate this morning to receive much-needed basic food supplies to last a month, and walked out heavily laden with sacks of rice on their backs, held in place by straps that transfer much of the load to their heads and necks (my neck hurts just thinking about it). In all, 6 tons of rice, 660 pounds of lentils and 200 liters of cooking oil were distributed to 192 families. Medicine and water purification tablets were also provided. All of this was made possible by contributions to the Disaster Relief Fund. 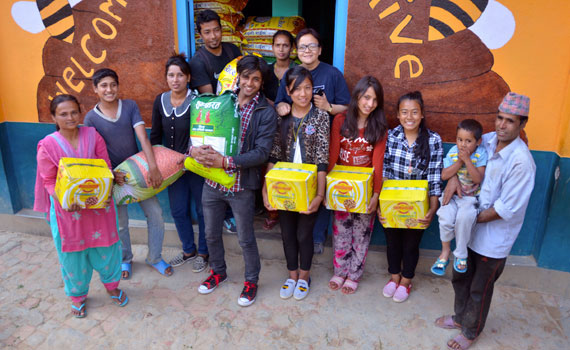 Amit and Indani with students and the building’s landlord (far right), ready to distribute the roomful of food behind them

At left, Amit ministers to a woman who now lives under a tarp; at right, Amit distributes water purification tablets, medicine, and dust masks, which are very useful during the tearing down of broken walls, digging up buried possessions from within what used to be their homes, and rebuilding

Grateful women loading up using a common method of carrying heavy items in Nepal and elsewhere in Southeast Asia, including sacks of rice and lentils like these. The woman at left also had the aid of her son, who seems to be checking to make sure his mother is properly loaded before departure!

I get excited when we not only help our brothers and sisters in Christ during such times of suffering, but in the process break down walls of resistance in the Hindus, Buddhists, Muslims, animists or even atheists who live around them. They are watching to see how we love one another, and then their hearts are softened by the unexpected love shown to “outsiders” such as them.

Tomorrow I’m heading to villages a few hour’s drive from Kathmandu to survey the need and help as much as we can. My hosts will be national missionaries supported by Heaven’s Family. I hope you’ll join me once again. 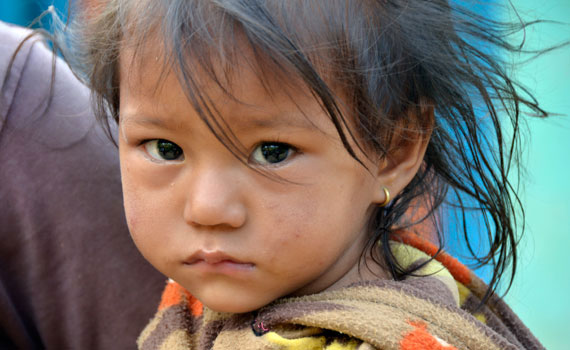 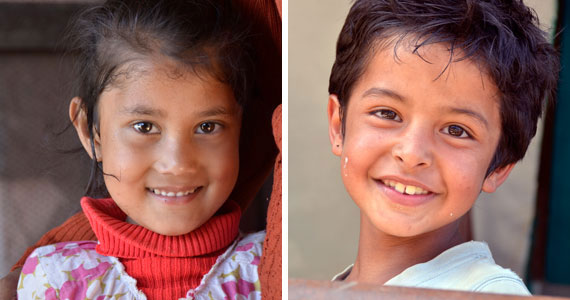 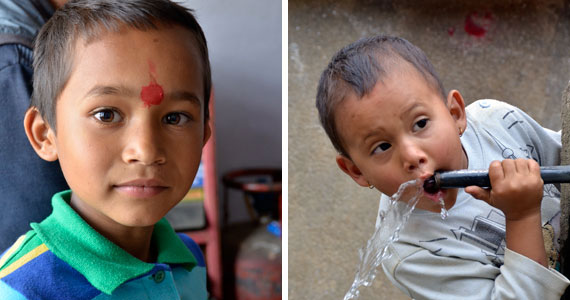