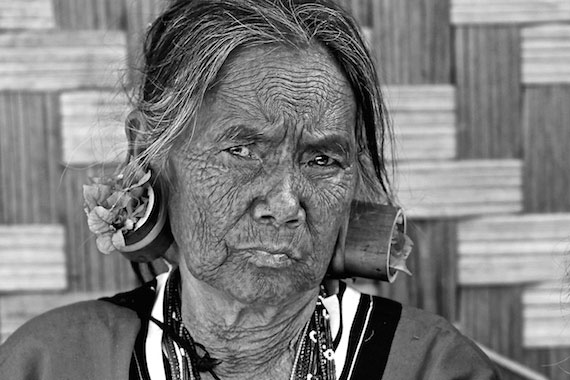 Yesterday our motorcycles took us along more jungle paths to find two villages that have never welcomed white-skinned people: Upper Chai and Lower Chai, both in the middle of nowhere, consisting of 40 and 60 families respectively. These are some of the poorest villages which I’ve yet visited. Talking to the elders of Upper Chai, I learned that there are 10 village children living in orphanages hundreds of miles away, and 9 of those 10 have one living parent; the remaining child’s parents are both alive.

This is one more example of the problem we’re trying to fix. By offering micro-loans for starting small businesses, we want to empower impoverished parents to prosper so they can bring their children home where they belong. Our strategy is working in other villages, and there isn’t any reason to believe it can’t work here as well.

In Upper Chai, we were greeted with a display of traditional dress and dancing, accompanied by unique instruments, including a flute that is played from one’s nose. Here’s a photo: 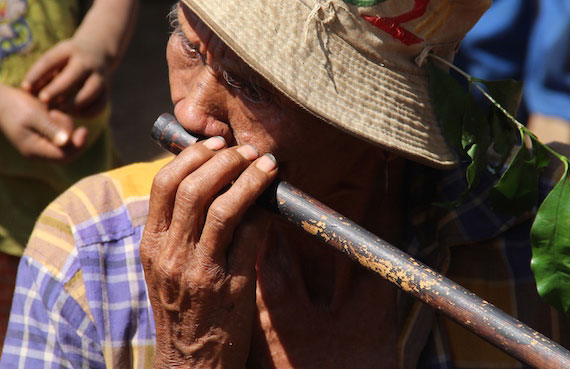 Older women in Upper and Lower Chai not only sport tattooed faces, but they stretch holes in their ear lobes to accommodate little flower pots: 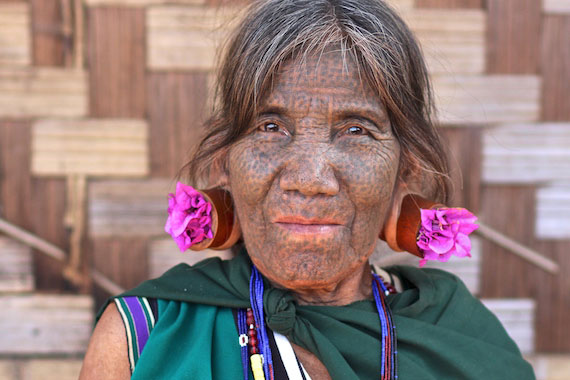 It seems most women over 30 in southern Chin State have tattooed faces. When you ask anyone the reason, they will tell you that the tradition dates back hundreds of years, to a time when Burmese kings would periodically raid Chin lands and carry away beautiful young women for their harems. To discourage that, Chin tribes began tattooing the faces of all their girls when they reached age 15 to make them undesirable to Burmese raiders. But over the years, the tradition of pubescent uglification evolved into a rite-of-passage that came to be considered a beautification. 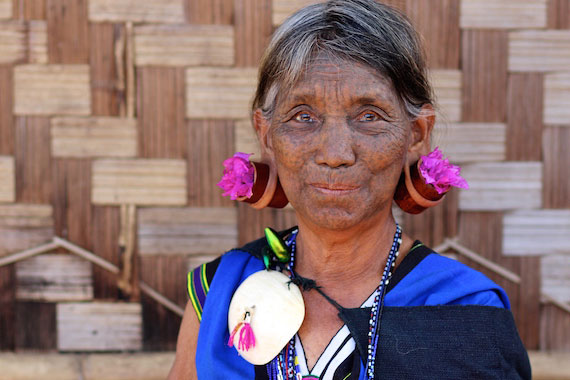 The practice has been discouraged, of course, by the government, as well as by missionaries and pastors, and these days, 15-year-old girls aren’t enduring the ritual that required their mothers to be roped and tied for an entire day of traumatic tattoo treatment.

Indigenous Presbyterian missionaries evangelized this region of Southern Chin State a few decades ago, and it was Presbyterian pastors who led the prayers in both of my meetings with the elders of Upper and Lower Chai. At both meetings, village elders enthusiastically welcomed the opportunities we’re offering, and so Heaven’s Family will be investing $15,000 among them in small loans, a very large amount by their standards.

The Evangelical Free Church in Lower Chai, and our meeting inside last night as the local Presbyterian pastor offered the opening prayer

In total, we’ll be investing over $40,000 in all the villages we’ve visited on this trip, loans that will initially serve 150 to 200 families. It will be like planting 40,000 seeds that will reap a harvest, and in a year we’ll have our 40,000 seeds back, ready to plant again. Compare that with buying $40,000 worth of rice that, once consumed, does no further good! Opportunity is the best form of charity. If you want to get involved, the way to do it is through our Micro-Loan Fund.

Tomorrow Stephen and I start our long journey home with 2 days of driving followed by 36 hours in planes and airports. Thanks for joining me on this journey. It’s been nice having you along! A few more photos below. 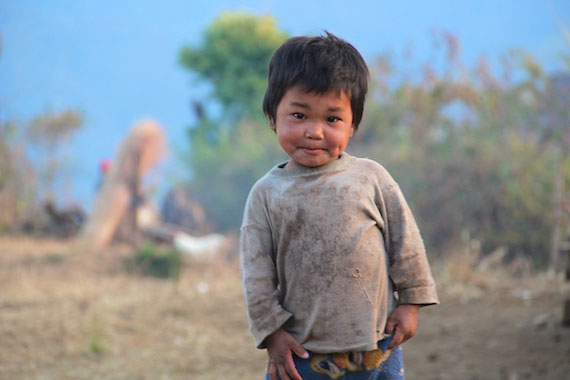 Little kids wander freely in all the villages we visited 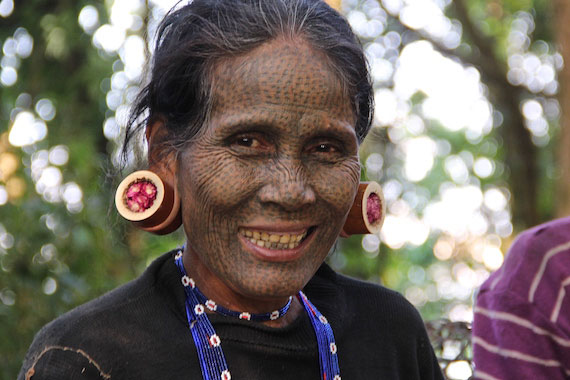 Although tiny flower-pot earrings are worn every day, the flowers inside them are often changed 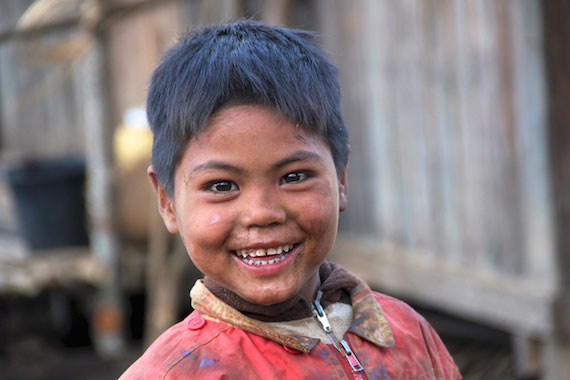 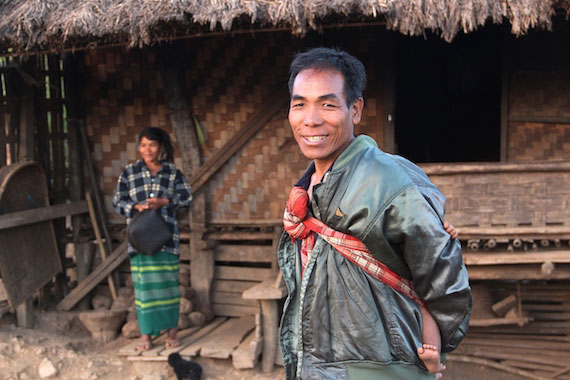 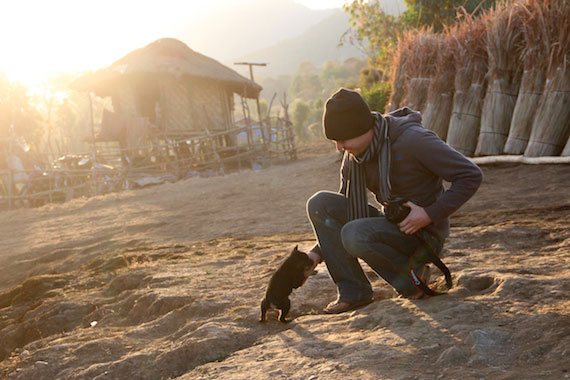 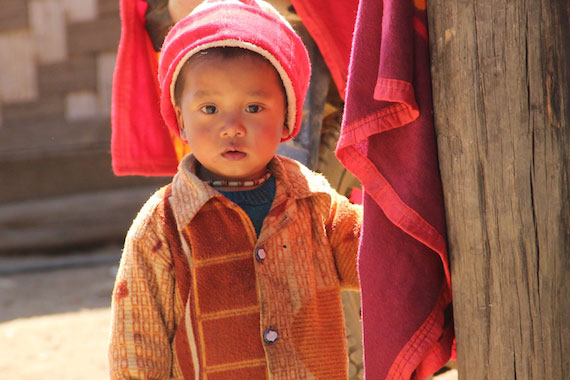 Dressed warm up top, this little boy wore nothing below the waste—easier than changing and cleaning diapers… 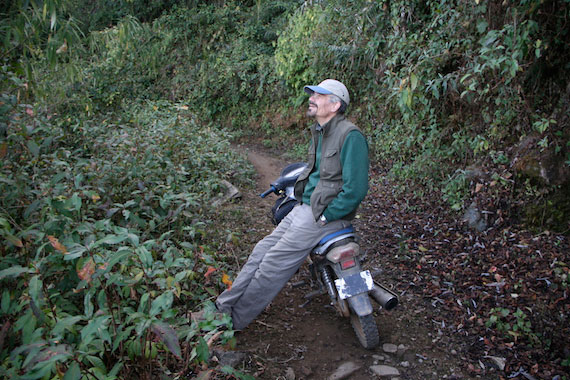 Am I getting too old for this? I’ve got a stiff neck from sleeping on the floor last night. Added to that was a rooster under the house that crowed all night every ten minutes, choking smoke that filled our room from an indoor kitchen fire in the adjacent room, and general weakness from eating very little over the past five days due to my lingering intestinal challenges. I’m dreaming of my own bed in my own home!