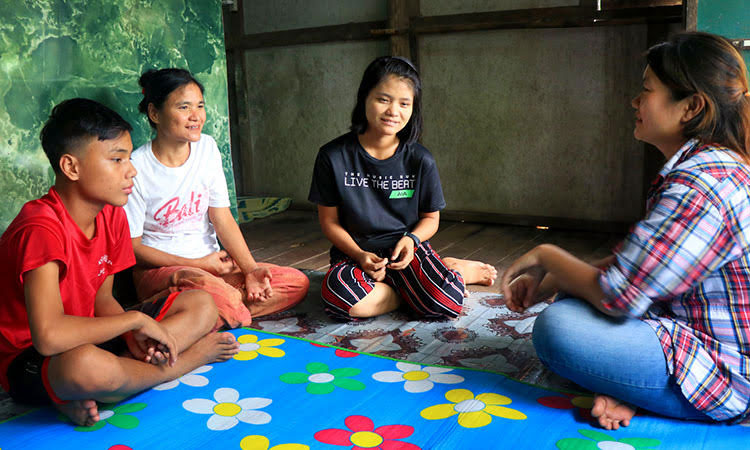 Marn Shel Nu and her son greeted me at the door. I didn’t need a DNA test to see they were related. We removed our sandals, a Myanmar tradition, before entering their small wooden hut. After introducing myself, I asked Marn Shel Nu to tell me her story.

She and her husband, along with their children, lived in a remote part of Myanmar. Marn Shel Nu loved her children and loved being a mother. When her two eldest children were school age, Marn Shel Nu’s parents encouraged her to send both to live with them in Yangon, Myanmar’s largest city, so that they could receive a superior education. Wanting the best for her children, she agreed—despite knowing she’d miss them terribly. After they left, she cried and couldn’t eat, but she comforted herself with the belief that her sacrifice would be for their benefit.

But then came the awful news…Marn Shel Nu learned that once the children arrived in Yangon, her parents just dropped them off at a local orphanage! Betrayed by her own parents! She was devastated. 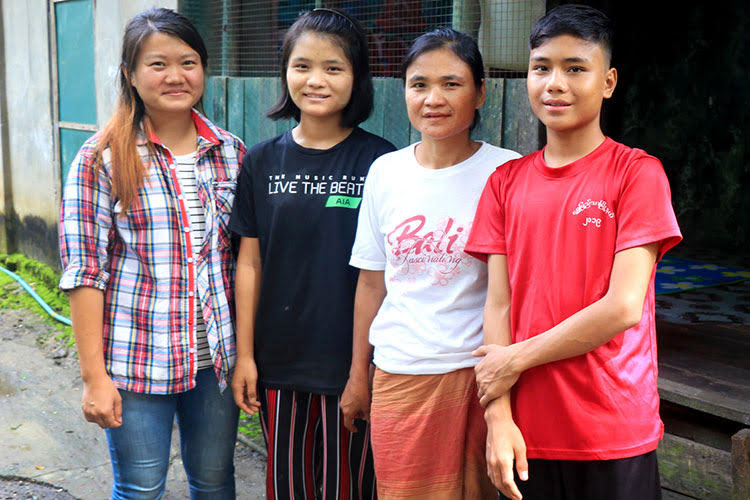 Marn Shel Nu with her two rescued children and Evelyn, the social worker who worked on this case

Several years passed, and the older daughter finally finished high school and was allowed to leave the orphanage. But the younger son still couldn’t leave as he had several more years of school left. Longing to be with his family, he would often sneak home after school before returning to the orphanage, and lie to the orphanage director about where he had been. Although this was far from the experience of motherhood that Marn Shel Nu wanted, she didn’t know what else to do. It was better than nothing.

But because of your support of Heaven’s Family’s Orphan’s Tear Ministry, this wasn’t the end of the story! In June of 2018, our team of social workers in Myanmar began working on behalf of Marn Shel Nu’s son. They secured his release from the orphanage, ensured that the boy’s home was a safe and nurturing environment, and continued to monitor his progress at home. Our team also provided support and training to Marn Shel Nu to help her son transition from a controlling institutional environment back into a normal family setting. 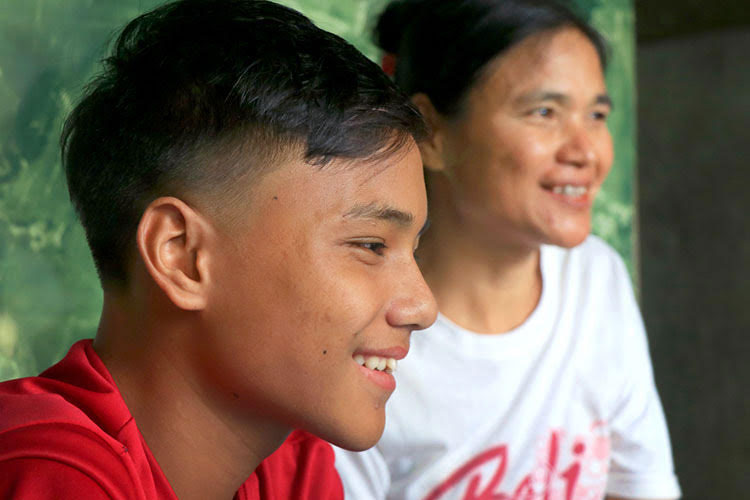 Smiles that tell the story

As we sat on the floor in their empty living room, I could witness the love that this mother radiates for her son and daughter (who arrived after me). Marn Shel Nu expressed her sincere thankfulness (and I pass that on to YOU) for reuniting her family. She said she’s so delighted that she can now cook for her son, encourage him, care for him whenever he gets sick, and be with him each day. She gets to be his mother again!

I was so encouraged to meet this family and hear their story in person. I hope you feel encouraged too, because you were a vital part of this process! Thanks for caring about Marn Shel Nu and her children.

In my next and final blog I’ll be sharing about some recent developments here in Myanmar that I believe are going to enable us to help even more children and families.

Encouraging Progress!
How Two Needles Found Each Other in a Haystack