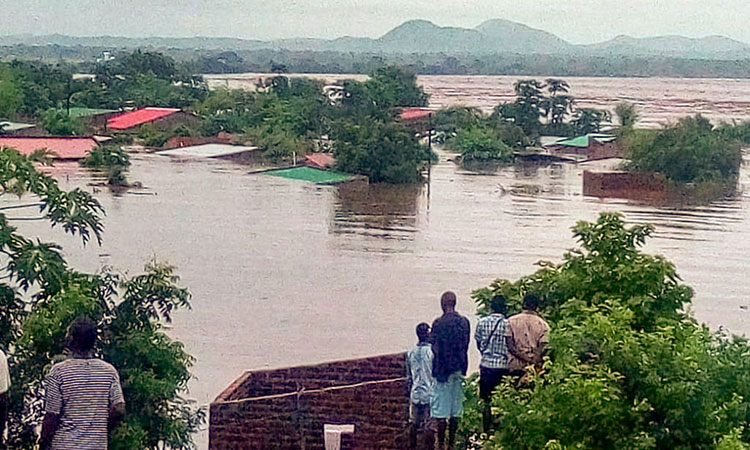 Hundreds of poor farmers, already being helped by HF, lose their homes

Just three days ago I reported to you about some very poor brothers and sisters in Malawi who lost their homes to a cyclone last fall, and how you helped through the Disaster Relief Ministry. (Click here to read)

But as I write (March 14), another cyclone (Idai) is ripping across Malawi, deluging that small, poor African nation with rain. The very morning my report hit your inbox, I received a disturbing email from the same partner in Malawi, telling me heavy rains from that cyclone were, at that moment, flooding vast lowland areas of the country, severely damaging or destroying homes, meager possessions, food supplies, and taking dozens of lives.

Although few if any of you probably heard about this disaster from your usual news sources, Reliefweb.int reported the following on March 12: “Over [the days of] 5-8 March heavy rains in southern and central parts of Malawi caused flooding and rivers to overflow, affecting at least 468,650 people (93,730 households) across 14 districts…. A minimum of 31,700 people (6,341 households) are displaced. At least 30 people have lost their lives and over 370 people have been injured as a result of the floods and buildings collapsing. An unknown number of people remain missing.” Half a million known to be affected.

Many of those who’ve lost their homes are members of God’s Love Groups who are learning how to produce bountiful harvests through Heaven’s Family’s Farming God’s Way Ministry, on whose behalf I traveled to Malawi myself two years ago, and can attest to the joyous transformation taking place in the lives of hundreds of small farmers in that nation (and the numbers keep growing as others witness the never-before-seen harvests coming from the FGW crops grown by their neighbors).

Our partner, Charles, also reported that one of those farmers affected is a pastor named Victor. (His incredible story was featured in one of our magazines last year.) Victor reported this two days ago: “We need much of your prayers. My family and I, we are sleeping in our old church building. Due to heavy rains…two…walls of my house have collapsed (photo below)…. Many of our belongings are completely damaged.” 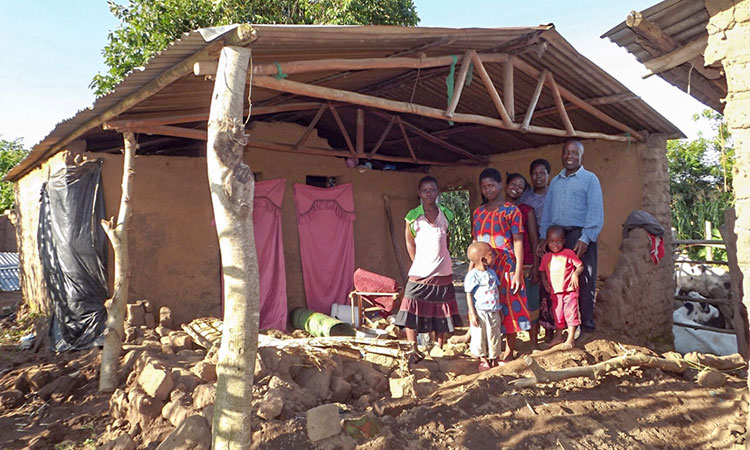 Victor pictured here in what’s left of his home after two walls completely collapsed, ruining many of their few possessions. Thankfully no one was hurt, and that they were able to keep the roof supported with tree limbs. Victor asked that we “Please remember us in your prayers.”

At left, Victor’s wife, Fanny, and their children sleeping in their old church building (kids always seem to find a way to cope better than adults in situations like this, as the expressions of the two at right suggest…but the child at left doesn’t seem so sure this is supposed to be “an adventure” after looking at his mother’s grim expression). Fanny knows what they don’t—that dozens have died in this disaster. Three of those flood victims, at right, await burial.

Thank you so much for your generous gifts to the Disaster Relief Ministry in the past. I am always amazed how God pulls together resources from folks like you, and uses the love and sweat of indigenous partners and volunteers on the ground to meet the urgent needs of those hit by natural disasters. (If you haven’t done so yet, please read my report from earlier this week to learn more.)

Right now we’re working with Charles to coordinate emergency food and safe water supplies, and blankets and tarps now, and soon after materials to help rebuild homes. If you would like to be a part of this action team through your gifts, please click here.