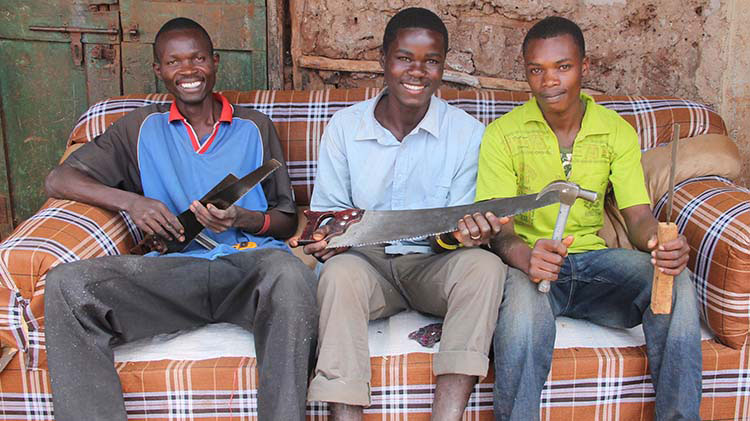 Rafael (at left) and two of his employees, showing off their tools while sitting on a partially completed couch

An ambitious entrepreneur provides for his family and blesses his community

Rafael Simeu lives in Saboti, Kenya with his wife and five children. Through meeting Silas Masoned, a Heaven’s Family partner who pastors the church he attends, Rafael was able to procure a loan to fund his idea for a small business—a furniture store. In the small, rural town of Saboti, however, new furniture is scarce—unless one travels into the city, something many cannot afford to do. Rafael’s dream was to use his skills with woodworking and upholstery to open a store where he could bless the members of his community with quality furniture at affordable prices.

We are happy to report that, since receiving his first loan in March of last year, Rafael’s small carpentry business has grown exponentially! Owning the only furniture store for many miles and having a reputation for being extremely fair, Rafael has become a respected member of his community—as both a Christian and a businessman—and has proven to be an enormous blessing to Pastor Silas. Having just received his second loan, Rafael plans to buy special equipment that will speed up the process of cutting the timber he uses to make furniture.

Due to his increased profit, Rafael is now able to support his family—just in time, too, as the Simeu’s have recently welcomed a set of twins into their family! Thanks to your support of the Micro-Loan Ministry, these boys were born into security, with the promise of a bright future ahead of them! 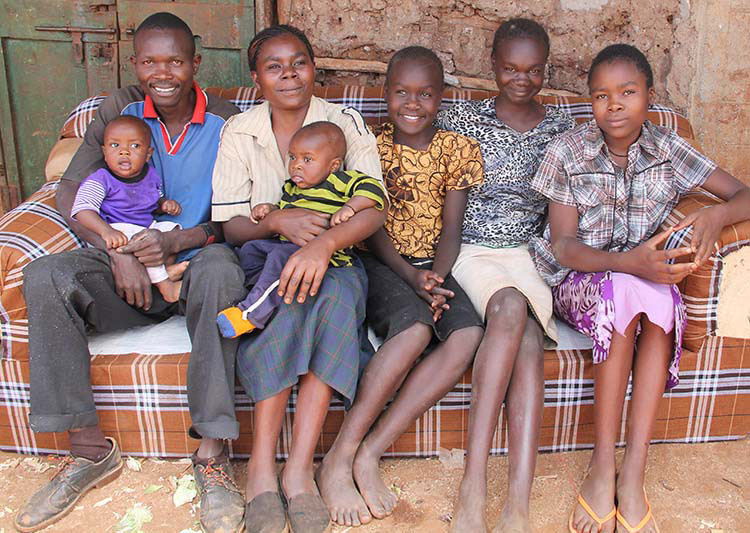 Rafael and his wife holding twins Felix and Felixe, at left, with their three elder children

Rafael is one of the greatest entrepreneurs we’ve had the pleasure of knowing, and we are so thankful for the gift of prosperity and success that your support of the Micro-Loan Ministry has given to him and other brothers and sisters in Christ around the world!

Compassion in a Tea Cup
Love In Action