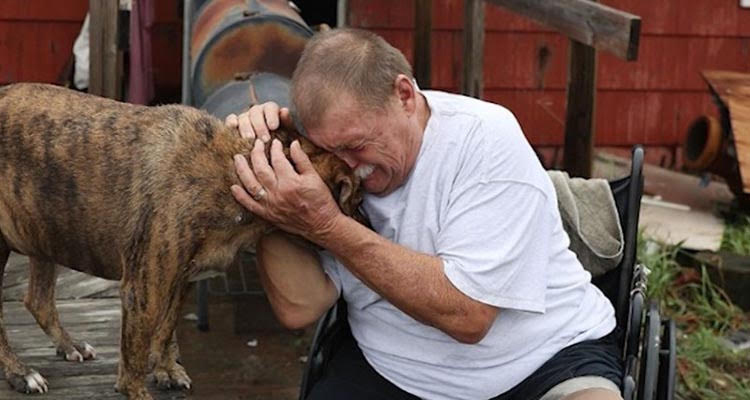 Touching the lives of those who’ve “fallen through the cracks”

Does anyone remember Hurricane Harvey? Irma and Maria have done a good job upstaging him, but for the folks whose lives were turned upside down in the region of Houston, Texas, where the storm deluged some areas—only one month ago—with over 50 inches of rain (Noah would sit up and take notice at that one, I think), the road ahead still looks pretty bleak.

But Heaven’s Family has taken part in the efforts to restore those affected, and bring the message of God’s love to hurting people. Thus far the Disaster Relief Ministry has sent $6,500 into the area through a trusted partner church, which has extensive disaster response experience from Hurricane Katrina days, and is ministering the gospel to all they help. They’ve used 100% of these funds for emergency supplies such as food and safe drinking water, as well as materials needed for rebuilding.

And their priority has been to help those who’ve “fallen through the cracks.”

One of them is Leroy. Let me tell you what our partner said…

On Wednesday September 20th we received a call from the Hitchcock Chief of Police to tell us Leroy, 83, was sleeping in his car. He is continuously on oxygen and couldn’t bear the mold, mildew, and dust in his house that was flooded with 3 feet of water. He lost his bed as a result of the flooding, so he had been reduced to sleeping in his car, which had flooded as well. What a huge effort it took to gut all the walls in his home. We knew we had to go the extra mile with this particular need, so we focused on his living room. We cleaned it…and got a bed for him to put in there. In the end, Leroy was all tears as we circled up to pray. He gave me a hug that felt like he didn’t want to let go.

Another example was 73-year-old Georgia. She was found sleeping on what was left of her front porch. Our partner’s disaster relief teams kicked into action, removing moldy walls from her residence. Others from our partner’s church brought her food, clothing, a bed and a stove. “Georgia remarked to us that no one had ever cared for her like this before.”

Three elderly victims of Hurricane Harvey with the teams that have helped them, thanks to emergency supplies and building materials paid for by Heaven’s Family

Our partner has also directed teams of volunteers to help at a local shelter that at one time held over 400 survivors. This facility has now been converted to a distribution center for those who have lost everything.

As we turn the corner in relief efforts, our partner will be focusing on those who need help rebuilding their homes and lives. Though we realize we cannot do everything for everybody, we can help people one at a time as God puts opportunities before us.

Do you want to get further involved and have skills you think might be helpful in the rebuilding process? Our partner is looking for those skilled in carpentry, dry wall, insulation, etc., and is ready to direct construction teams of 3-5 persons for rebuilding efforts. If you want to know more, click here.

And what about Irma and Maria? Currently we’re raising funds to help our poor brothers and sisters in Cuba who were seriously impacted when Irma raked the northern coast, but as of this writing we have no trusted partners working in Puerto Rico. If that changes we’ll let you know.

Thanks for your compassion for disaster relief victims.

An Unprecedented Disaster
The Little Disaster that Could