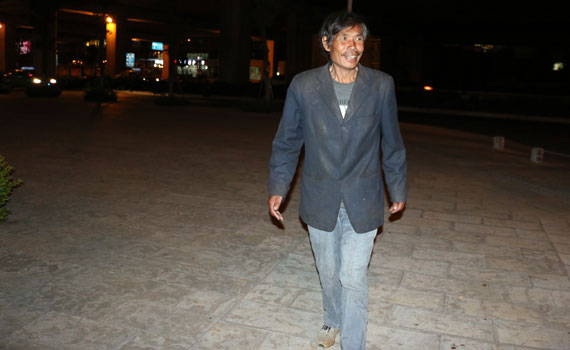 Food for the homeless, with a miracle for dessert

The disabled, the displaced and the demon possessed—just the kind of people Jesus hung out with—are showing up for a street ministry to the homeless in Kunming, China. And the Food Ministry is there providing nutritious, hot food so that the people will listen to the gospel being preached. In addition to food and the message about Jesus, the team sings praise songs, distributes clothes, and prays personally for those who come.

And like during Jesus’ earthly ministry, the team is witnessing healing from sickness and deliverance from demonic possession. Let me tell you about one of those helped.

Mr. Li is a 55-year-old Chinese man who found himself in financial hardship a few years ago when he lost his job. Then in an effort to support his family he was ripped off by a false investment scheme. The resulting stress cost him his marriage, then his apartment. Soon, Mr. Li had no place to go but the streets.

And to add injury to insult, Mr. Li has also suffered a lot physically, including a badly injured knee that causes him to walk sideways with a limp. This has made it more difficult for him to find a steady job. When Mr. Li arrived at the outreach, he was shuffling sideways and wincing with pain. He was given food, and he stayed to listen to the team share about the love of God. 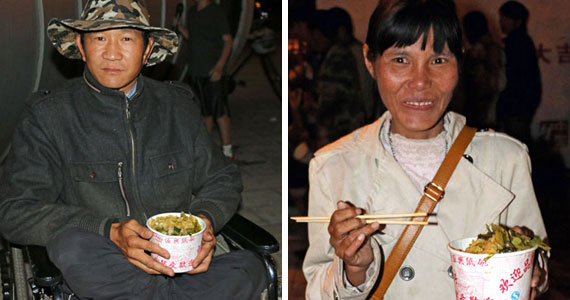 At left, One by one the people come to the truck to get a hot, healthy meal. Some are handicapped, some are displaced, some have addiction issues. Besides food, they also receive the Word of God. At right, Zhao is very mentally challenged. There is not much help for those like her in China. Like Zhao, most end up on the streets because their families are ashamed of them and consider them a burden. The gov’t doesn’t help either.

Mr. Li learned that since we’re all created in God’s image we all have value, and that’s why He wants to heal us and deliver those in bondage. Our co-worker Todd gathered around him with his sons and the ministry team, and then laid hands on him and prayed for the healing of his knee. He said he felt something happening and so they prayed again. “His leg began to shake as we prayed,” Todd said. “Mr. Li then stood up straight and began jumping on it and walking straight!” Then Todd made sure he understood how to have a true relationship with Jesus Christ based on faith in His life, death and resurrection.

God demonstrated His personal love for Mr. Li that night, and demonstrated the presence of His rule and reign. Not surprisingly, many people began to line up for prayer after that! Jesus went to the outcasts of society, and visited those the self-righteous deemed worthless. He does not forget them. 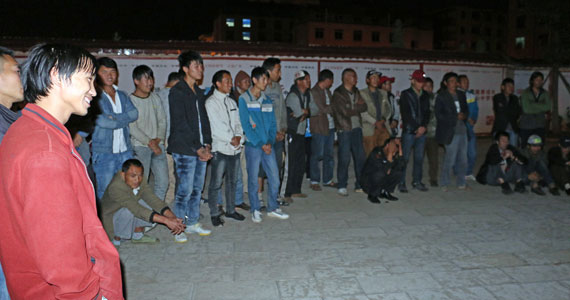 This outreach is at night, so it’s difficult to see the many homeless listening to the preaching of the gospel

Thank you for your gifts to the Food Ministry, helping to be His hands and feet to those otherwise forgotten. You are helping to bring them the “Bread of Life,” Jesus!