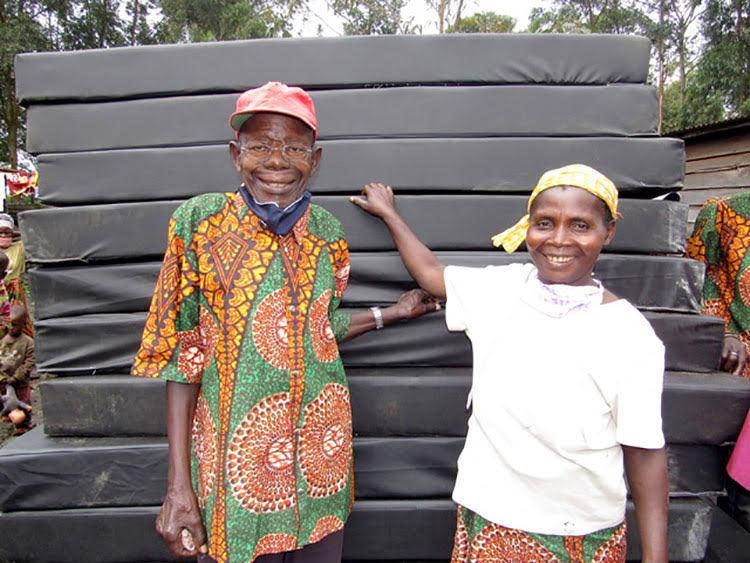 Leprosy-affected families grateful to receive mattresses to sleep on, thanks to you!

Can you imagine the challenges of not only living with the debilitating effects of leprosy, but also having to sleep on a floor of volcanic lava rock with little to cushion your ravaged body? Such is the plight of a community of leprosy patients, many of them aging. They live outside Goma, DR Congo, on top of the hardened aftermath of a volcanic eruption that occurred several decades ago. Much of the city was covered by the lava flow, causing many to move or rebuild in innovative ways.

The residents of this leprosy camp, however, are far too poor to be able to secure better accommodations. As a result, they are forced to live in shacks thrown together and perched directly on the flinty rock. Younger mothers with multiple children have also been relegated to sharing the same worn mattress, which soon becomes understandably soiled after this heavy use.

You’ve helped provide new, clean mattresses for these families who struggle so earnestly to survive in the Congo. In addition, you’ve supported regular distributions of food and medical care—all through your generous gifts to Heaven’s Family’s Leprosy Ministry. The comfort they have received, in the form of full bellies, doctored wounds, and bodies resting cushioned from the rocky floors, has brought smiles to the faces of our Congolese leprosy-affected brothers and sisters. And hopefully to yours, kind contributors. 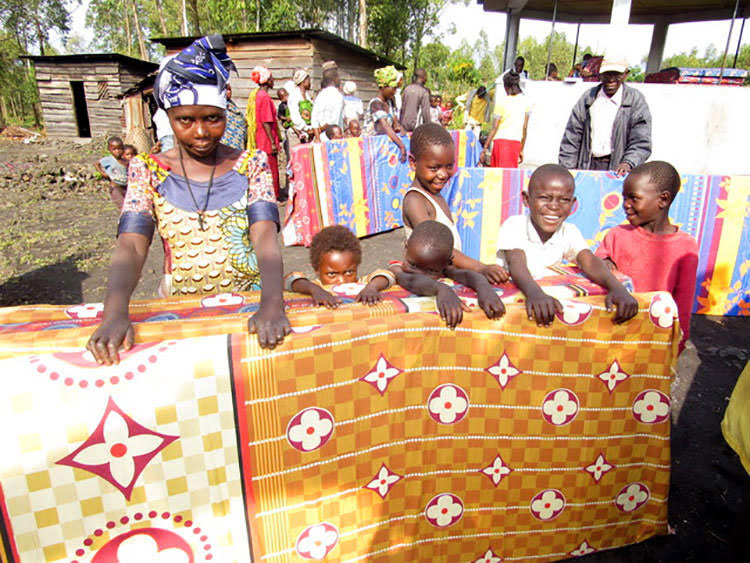 Your sister in Christ,