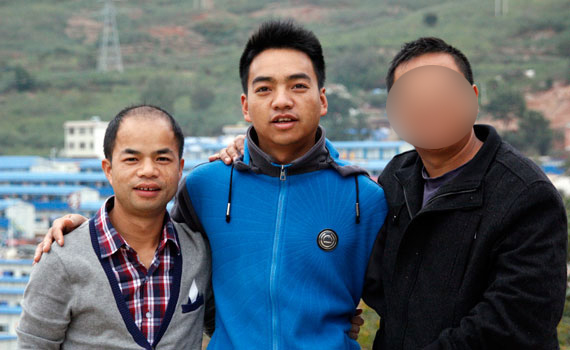 Answering the door when opportunity knocks

Barking dogs and the sound of a gate creaking open abruptly awakened Pastor Paul Fang one night at 11:30. Accustomed to persecution, the sounds quickly gripped his attention—late night visitors are usually police officers coming to harass and threaten him about preaching the gospel and serving the poor.

The barking dogs quieted long enough for Paul to hear a gentle knock on his door, followed by the faint whisper of someone calling his name. Paul got up and, with some hesitation, opened the door.

There stood a middle-aged man, insisting that Paul speak with him. The “stranger” introduced himself as Tai Ping, whom Pastor Paul remembered from his childhood. He hadn’t seen him in many years. Why had he come at such a late hour, he wondered aloud. Tai Ping’s reply: he wanted to know about Jesus.

After inviting him in, Paul learned that his Nicodemus-like visitor had never heard the gospel before. All he knew were rumors that someone named Jesus had radically changed Paul’s life—and he wanted that too.

Taking advantage of this opportunity from the Lord, Paul shared with him until 4:00 in the morning and gave him a copy of the book Know the Truth, the same book that I had given Pastor Paul—and which led to his conversion to Christ—years ago. Before slipping back into the night, Tai Ping told Paul he wants to believe.

It is because of your gifts to the Unreached People Groups Fund that enables Pastor Paul Fang and several others to be available for divine appointments such as these, and to diligently preach the gospel in hostile territory to those who have never heard before.