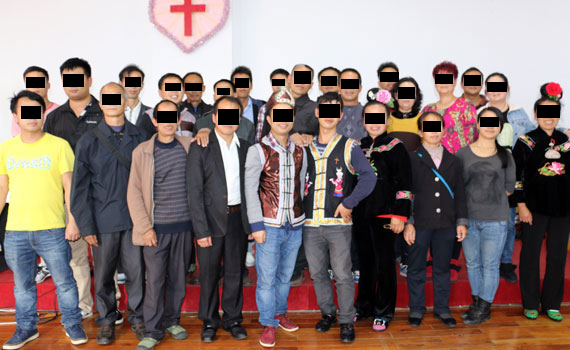 Workers equipped to evangelize and disciple the Dong people

“I love it when a plan comes together,” were the words of Hannibal, the leader of the “A-Team” on the 1980s TV series of the same name, at the successful conclusion of each episode. No less could be said of our recent “mission”—the Holy Spirit showed up; the government did not. Reasons to rejoice in this season!

My wife Michelle and I returned from China in early November, where, together with our team on the ground, we trained new workers to reach the unreached. Caleb and Esther Jing, a married couple I’ve told you about in recent updates, are key members of our China team. Esther is from the A-Che tribe and Caleb is from the Dong people—2 unreached people groups in China that are now hearing the name of Jesus.

Caleb had the vision to equip and encourage 40 workers to reach the Dong People—some of whom would be Dong themselves. But because of security reasons and threats from the government we had to delay the training and move the venue. In spite of these obstacles, Heaven’s Family and our China team pulled it off—and with no gov’t interference!

Michelle and I were privileged to teach about marriage, missions, and the Kingdom of God. During ministry times the Holy Spirit came to heal and to comfort these underserved and undertrained workers. Many tears of joy and relief filled the room.

One participant was Mr. Jin, a Chinese citizen of North Korean tribal descent. God called Mr. Jin to reach the Dong people, but his challenges are great: persecution is one; the problem of being a member of one minority group trying to reach a different minority group is another. He came to the training weary and drained, desperate for refreshment, encouragement and equipping. He received all of these, as well as much-needed affirmation of his call and ministry.

At left, me praying for Mr. Jin; at right, Michelle comforts a woman at the meeting

Almost immediately after the training we received reports of another wave of persecution to hit the A-Che tribe. We are sending in Pastor Paul Fang and his team to encourage those suffering from persecution. Please remember them in your prayers.