WARNING! This blog not suitable for children 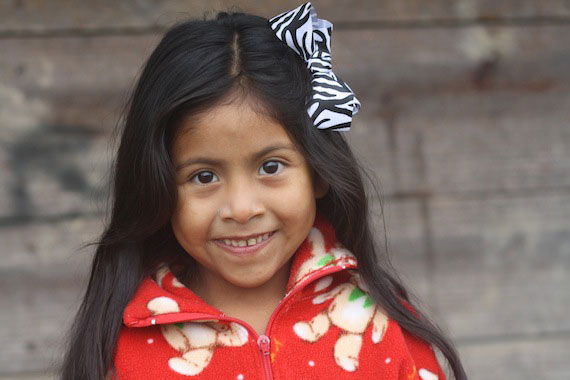 One of the little beauties who lives at The Village with her family. Her father is a national missionary supported by Heaven’s Family.

One day this past October, in the town of Tenango de las Flores (which is just a few miles from The Village), six little girls never came home from school. Their parents waited for days, then weeks, hoping for a ransom demand from the kidnappers. But none was ever received. And that means only one of two things. Either their daughters have been killed for their body parts—which have been sold on the organ transplant black market—or they are being exploited somewhere in Latin America as forced sex workers.

Tragically, what happened in Tenango de las Flores is not uncommon. According to Mexico’s statistics bureau, there were 105,682 kidnappings in the nation last year. And according to Jason and Nicole Fitzpatrick whose ministry I’ve been highlighting in my Mexico blogs, children regularly disappear from the remote villages where they serve. Rarely are there any criminal investigations. Police demand payment.

As they combat Mexico’s darkness by the power and demonstration of the gospel, the Fitzpatricks have found themselves engaged in rescuing children from sex trafficking and familial sexual abuse. Heaven’s Family is involved through our Human Trafficking Fund, directed by Jeff Trotter. Jason and Nicole not only battle against perverse people who exploit children, but with inept and corrupt authorities.

Nicole related to me a heart-breaking story of two young girls whom she and Jason been working to rescue from their stepfather, who not only sexually abuses them himself, but rents them out to his friends.

Below is part of that story—in Nicole’s own words—in which she describes her first interview of Mia and Florencia* in 2010 when they were ages 4 and 6, due to the fact that she had good reason to believe they were being sexually abused. (Warning, this is graphic, but I want your blood to boil so you’ll get involved with us in helping Jason and Nicole.)

I asked the girls where they lived, if they went to school (no), if they were happy (no), and if they felt safe (no). That is all it took. Little Mia began to tell me what their stepfather was doing to her older sister, Florencia.

When I asked Florencia if it was true, to please trust me and tell me, she began shaking, rocking back and forth, and pulling her hair out by the hand fulls. I am not exaggerating at all. I did not know what to do. She told me that every morning, when her mom was outside cooking her “dad’s” lunch to take to the field, he would begin undressing her. That is how she would wake up every morning. He would kiss her body all over and tell her to keep quiet and not move while he would molest her with his hands and objects. Then he would attempt penetration. She was 6 years old at the time. I had never imagined the things she was telling me. She said that when she cried and asked him to please stop hurting her, he would tell her to shut up or else he would do the same to little Mia.

This continued in their bed throughout every week. On Saturdays when they would accompany their mother to the river to wash clothes, Mia would stay playing by her mom and her step-father would take Florencia to a rock in the woods and do the same thing. He would force her to “massage him.” I was so sick hearing this.

Nicole conducted further investigation and all the facts were confirmed beyond any doubt. So she employed legal assistance and pressed charges along with one of the girls’ relatives in 2010. For a short time, Mia and Florencia lived with Jason and Nicole at The Village when their very confused mother permitted it. But then the family disappeared again.

Two years later, a search, paid for by friends of the Fitzpatrick’s from Arkansas, paid off. The girls’ stepfather had moved the family to another state in Mexico to avoid legal charges. Neighbors at that location told Nicole that he rented out both girls every evening to his drunken friends who took turns with them inside a shack on his property.

He then moved to another state in Mexico, to a city that is notorious for child trafficking, corrupt authorities, and “Auto Hotels,” where, on Friday evenings, vans full of little girls are delivered for the weekend. On his trail there, Nicole interviewed a landlord who had evicted Mia and Florencia’s stepfather upon the discovery that he was taking Florencia into the shower with him for as long as two hours every evening.

Finally, while undercover themselves out of concern for their own safety, Nicole traced him to his current place of residence. Nicole shares her emotions when she saw Mia and Florencia from the window of their van:

It took us all day, but we found them. I saw the pain in their eyes, their backs all hunched over. It was all I could do not to jump out of our tinted-windowed vehicle and grab them. But I couldn’t. Or I would be charged with assault and kidnapping.

On this single case, Jason and Nicole, with help from Heaven’s Family, have spent over $7,000 in fuel, legal fees and paper work, and “encouraging” Mexican authorities to do their jobs. They are now working with an attorney in the city of the girl’s current location and hope that Mia and Florencia will be rescued soon. In anticipation of that rescue, Heaven’s Family is funding a one-room addition to a simple house belonging to relatives of Mia and Florencia who have agreed to take legal custody of them once they are rescued, but who are required by law to provide them their own room.

I’ve only told you one story of many that could be told about the Fitzpatrick’s work to rescue children from trafficking and abuse, a growing part of their ministry in Mexico. They are now praying to purchase a place in Mexico City that they can use as a safe house and rehabilitation center for rescued girls. We hope to help them through gifts to our Human Trafficking Fund.

This is my final blog from Mexico. Thanks for joining me and thanks for caring enough to read. As you are reading this, I’m on my way to Myanmar for three weeks. If I can find internet access, I’ll try to send a few blogs from there as well.

* Names have been changed for security purposes.