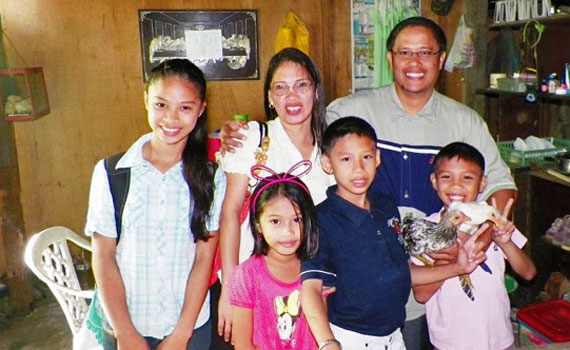 Pastor Jojie with his wife and four children

You’ve probably never heard of Cebuano—often referred to as Bisaya or Visayan—because it isn’t a language with which many people come into contact. But over 20 million people speak this language in the central and lower islands of the Philippines, one which was heavily influenced by Spanish during the colonial period.

Gary Hawkins, a ministry partner and friend who lives in the Philippines, introduced me to Jojie, a native Cebuano speaker who serves as a pastor. Gary knew I’d be interested in Jojie because he is in the process of converting his institutional church into several smaller house churches—something akin to what David Servant writes about in his book, The Disciple-Making Minister, a copy of which Gary subsequently gave to Jojie.

Once he started reading the book, Jojie told Gary that the truths in the book resonated so much with his own heart that he felt he could’ve written it himself! He further believes that its message needed to reach the rest of his people that speak Cebuano—and that’s why we’re now working with Jojie to produce the first-ever translation of TDMM into the Cebuano language.

Every translation is available for reading, free of charge, on our website by clicking here, and just in the past 12 months 56,780 people have visited the website from the Philippines, most of them coming for our Tagalog translation, the Philippine’s national language! I am excited to see many more Filipinos reached with the greatly needed teaching of The Disciple Making Minister through this new Cebuano translation!

At left, Jojie working at his computer on the Cebuano translation; at right, the first page of the first chapter of The Disciple-Making Minister in Cebuano!

Your contributions to the Books for Discipleship Fund are making a difference in the lives of many pastors and believers in the Philippines and around the world. Thank you on their behalf!

Together in the Master’s Plan, 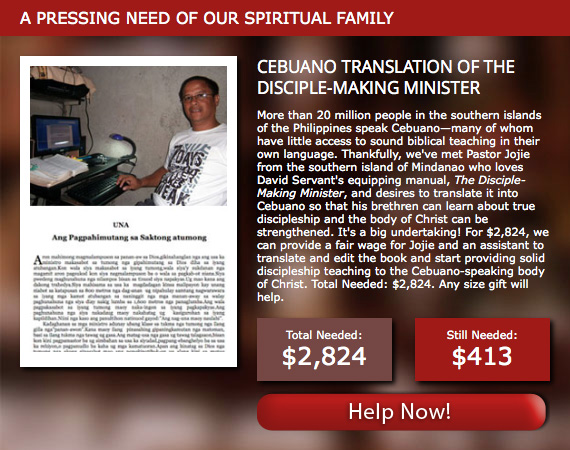 Books for Discipleship Fund
David Who?