Will Work for Education

Will Work for Education 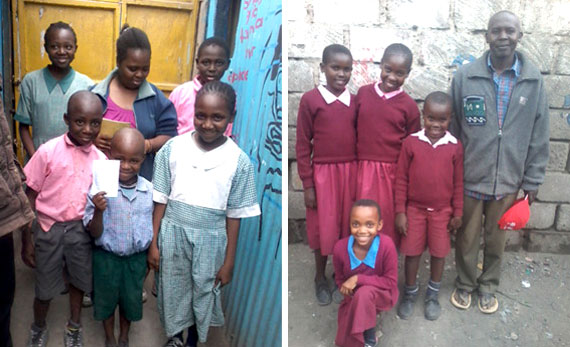 At left, the new cook and mother of 5 students, Carolyne Akoth Aoko; at right, a father of 4 students and carpenter who will make new desks for the school

Can you imagine having to open a private school in your area because the government refuses to do so, only to discover that fewer than 15% of your students can afford tuition? This is the reality for many Christian schools we encounter in the slums of developing nations. But the kindhearted, Christ-like teachers who labor under these conditions cannot bring themselves to refuse these poor children an education.

One headmaster stumbled upon a creative solution to this problem, however, after she led 14 parents of her school’s children to the Lord and began discipling them on Saturdays. As she taught them one day about their responsibility to provide for the needs of their children—including their education costs—the parents felt convicted for their failure to pay…but didn’t know what to do because most of them could barely feed their families.

After she told us about their dilemma, we suggested that she consider bartering with these poor parents. When she did, one father volunteered to sleep at the school (to deter the thieves who have been dismantling school desks for firewood) in exchange for tuition for his 4 children, while another father, a carpenter, agreed to build new desks for the school as payment for his 5 children; a mother said she would prepare lunch for all the whole school each day as tuition payment for her 5 children.

I was so excited to see these parents showing initiative that we have committed to providing the school with tuition fees for their children so that now, in addition to receiving valuable skills from these parents, the school is also receiving another 14 paid tuitions that will help them purchase much-needed school supplies they couldn’t afford in the past.