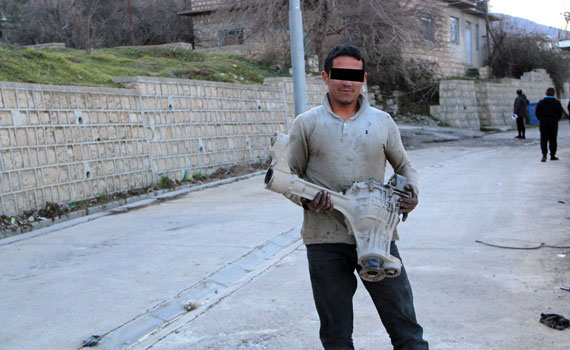 Ammar knows a thing or two about cars

A lesson from an Iraqi car mechanic

When we try to fix other people’s problems it doesn’t usually end well. But if we can help provide others with the tools they need, they can usually fix their own problems. So when I met Ammar (not his real name) last February in Erbil, Iraq, and learned about his skills, the gears started turning in my head.

Ammar is a handy car fix-it guy who couldn’t do much fixing because he didn’t have any tools. He had to leave them behind—along with his other worldly possessions—when he and his family fled their home before radical ISIS soldiers overran Mosul last year. They were joined in their flight by all the other Christians in Mosul.

Prior to their exodus, Mosul had been one of the most ancient Christian communities in the world. Believers first began living there during the time of the early church fathers—about 1,800 years ago.

Since fleeing, the Christians from Mosul have found refuge in Erbil and elsewhere far from ISIS militants—for now. But these former homeowners, business owners, and other hardworking people now find themselves dependent on others for shelter, and for their next meal. As days and weeks blur into months, these brothers and sisters in Christ become more demoralized.

Thankfully, however, Ammar had found a way to fix cars by borrowing some tools from the Heaven’s Family partner with whom we are working in Iraq. Hearing about Ammar’s resourcefulness brought me hope and encouragement about the future of these persecuted and downtrodden believers.

Soon after hearing about Ammar’s situation, we provided a loan for him to purchase his own tools. He is now in business for himself and prospering! And more importantly, he is providing for the needs of his family without relying on handouts. He is also providing a great testimony to others around him of how God’s provision comes when you trust Him and work hard.

We all understand the importance of compassionate relief to people who have lost everything, but we also understand the importance of helping them move past the relief stage so that they can once again find dignity by providing for themselves. They desire self-sufficiency. What they lack is opportunity. It’s the compassionate way of fixing the problems of others! That’s what Ammar discovered.

This is only possible because of your compassionate giving to the Christian Refugees Fund. Thank you for caring for our brothers and sisters who are suffering in Iraq. It means so much to them knowing they have a spiritual family who cares about them in their suffering. Truly, God has answered their prayers by your love.

May He be glorified,

A Recycled Life
“You are better than my own people!”